On this first Sunday of 2014 I sit writing near tins filled with the last of 2013's christmas cookies beckoning and homemade caramel corn just in my sight thinking about a month with no sugar. Next to the tub of caramel corn sits a book I bought on a whim a day after ankle surgery while shopping on the internet (against the advice of friends who told me shopping while under the influence of pain killers was dangerous). This decision, albeit fueled by the impulse to hold the key to slow cooker pork roast, was a good one and I will never regret having this cookbook in my collection. The book is Nom Nom Paleo – Food for Humans by Mischelle Tam. 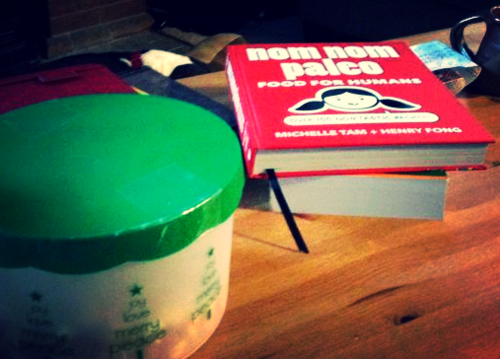 I've made a point to not do fad diets, and I had honestly written off the term Paleo and its associated caveman snacks reeking of fat and cholesteral I've seen hither and tither. Nom Nom Paleo, however, as a cookbook stands as a book of yummy food for those who want to eat clean whole foods that taste great. It also does a phenomenal job of explaining what a paleo diet is, if you are going to choose to go there. In short paleo is no sugar, grains, legumes, or dairy, or processed anything. It also sounds about right for a January cleanse regimine to reset my eating habits into the vegetable centric, protein rich diet that my body needs. 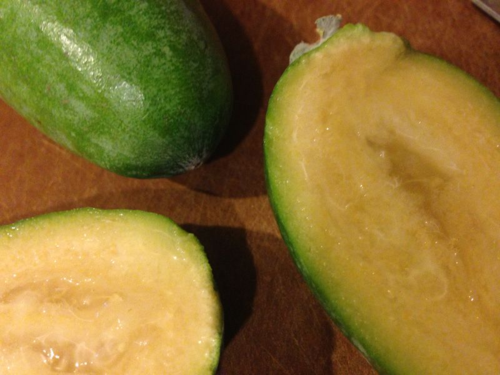 Last year my January cleanse consisted of going vegan and eliminating processed food, alcohol, coffee, sugar, and doing yoga everyday for a month. I lost wieght and felt great – so I stayed vegan for another month then started dreaming of meat, red dripping delicious animal flesh. At my annual physical my triglycerides were off the chart – and my doctor told me to avoid potatoes and start eating meat again because I was so protein difficient she was concerned for my health. Now with a broken ankle since August and surgery to hopefully get it on the mend a couple weeks ago there is no yoga every day. There is just leg elevation, ankle circles and my annual January cleanse looming in front of me along wtih 15 pounds of couch tummy (and 15 points of LDL cholesteral) I gained since September doing a whole bunch of nothing and eating gluten free bread and other "healthy" startchy things. So I have to say goodbye to sugar and hello to protein, vegetables, and daily core workouts that do not involve my feet. Not being able to be on my feet for long periods of time severely limits my ability for food prep. In the last week I started eating out of Nom Nom Paleo not for my cleanse but just because the recipes are so easy, well-written and tasty. However, as the last of the excuses to start my cleanse drop away, I find myself alone with the last vestiges of sugar tempation and a red book of redemption called Nom Nom Paleo waiting for me to open it and starting cooking good clean food. 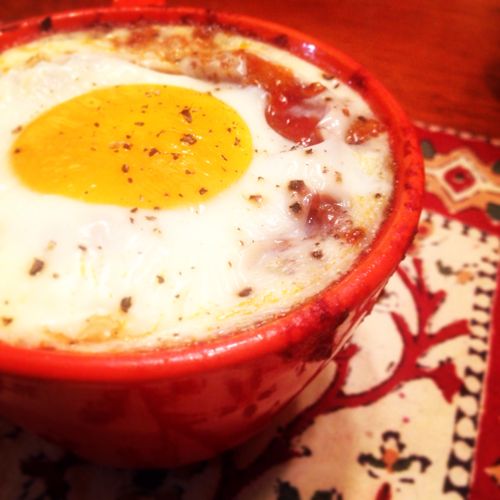 This is not a book review or endorsement, but my own personal public display of gratitude to Michelle and her husband's work on the blog and book Nom Nom Paleo. I am used to whipping up complicated food, independently navigating foreign places adventurously, but as I sit homebound with a bum ankle I needed a little light in the darkness to remind me that good food is just a few ingredients away. With a nourishing diet my ankle will heal and I'll be back up and jetsetting around the world again with a new appreciation for my independence, mobility, and ability to choose real food wherever I go. 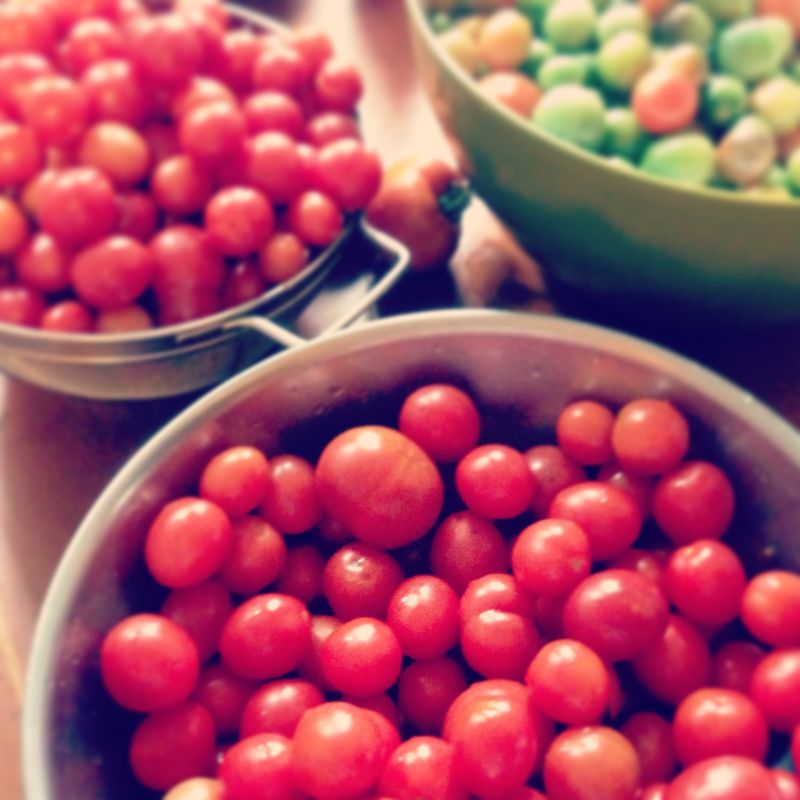