To me and some other expatriot Midwesterners' discontent it snowed in Seattle today. I dislike snow even if it makes pretty pictures. 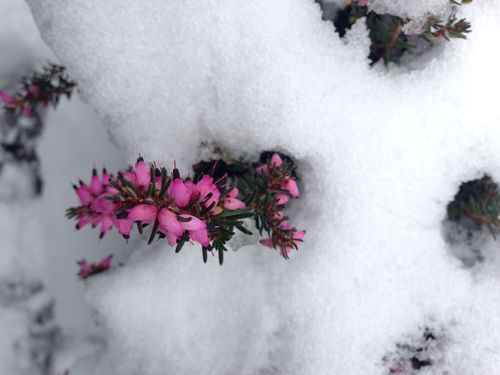 Even if the dog loves it. 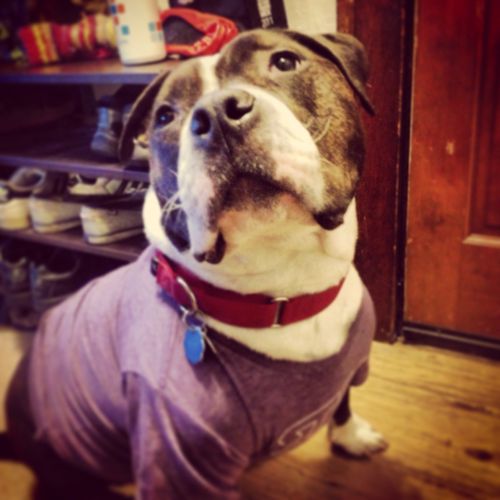 I am still a hater of the white stuff that falls from the sky. So a snow day is a perfect time to cook. 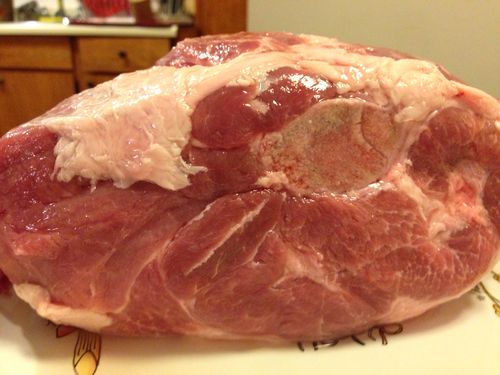 Especially if you have a five pound pork shoulder just waiting around and a slow cooker. 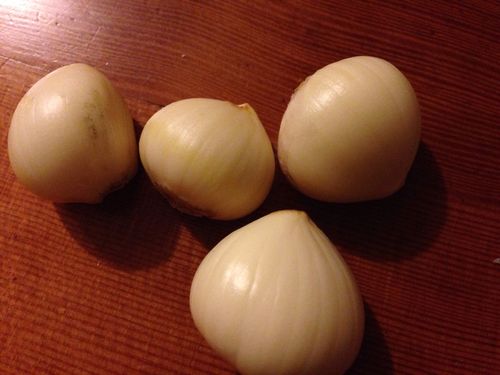 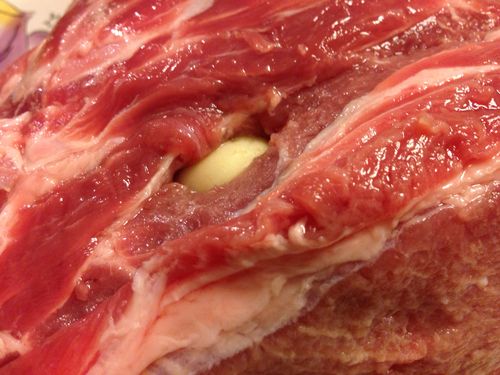 Make small incisions and stuff the garlic cloves into the roast. 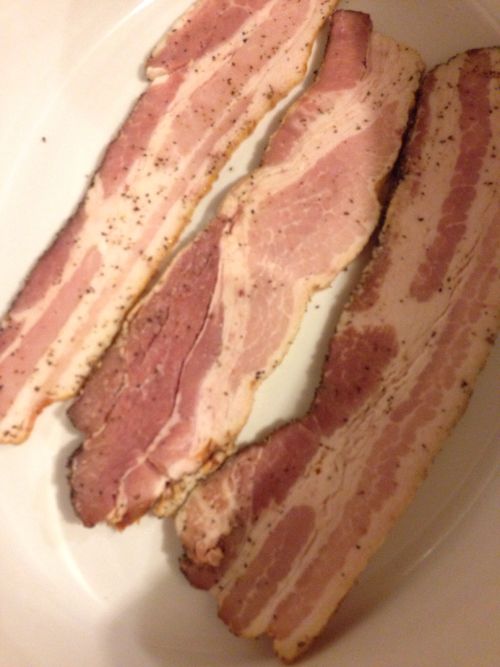 Salt the pork all over and line the bottom of your slow cooker with bacon. 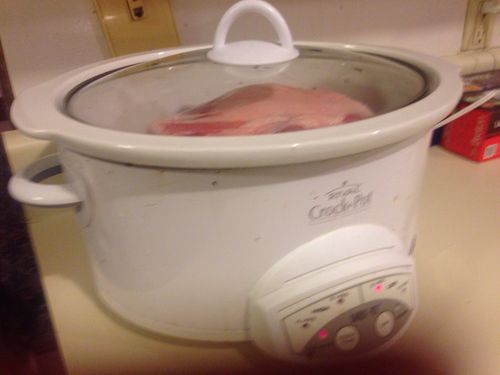 Put the roast into the cooker fat side up and cook on low for 16 hours.

Your dog will drool at the emanations of pork and bacon all over the house – or your husband/boyfriend/wife/girlfriend, or roommate, but probably not the vegan friend. 16 hours later you will have soft goodness that you can pull apart with a fork or fingers and serve as tacos, pulled pork sandwiches, or just eat as a melt in your mouth roast. 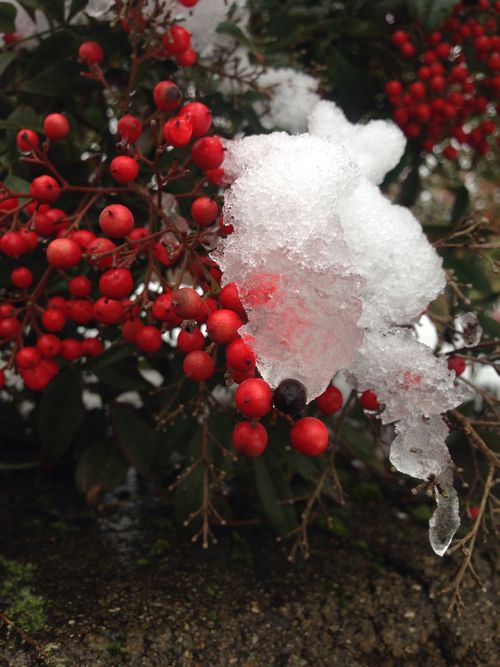 Meanwhile the snow outside melts.