Once upon a time I received a Savuer magazine in the mail with quite the wonderours seafood dish on its cover. Turns out the whole issue was devoted to seafood and different locales where seafood is the primary staple for breakfast lunch and dinner. In Seattle we do not hurt for seafood – it just doesn't fall right off the boat onto your plate – it waits patiently for you at the market to find it and bring it home. 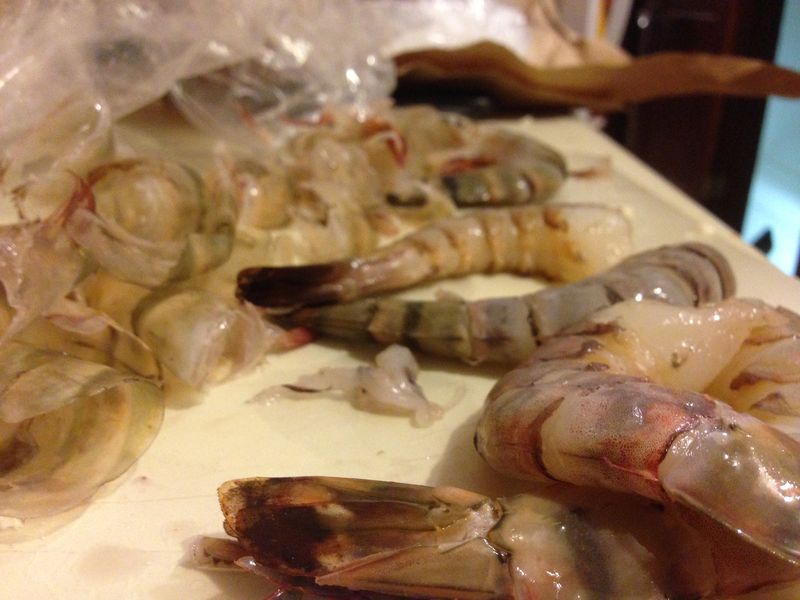 Find it we did the day I made a list for my man to harvest from the fishmongers of Seattle all of the ingredients for a traditional Italian fisherman's stew known as frutti di mare. The idea is basic enough – everything goes into a pot and you pour it over pasta. When you don't live on the coast of Italy it involves a little searching for a live lobster, some squid, clams and a jumbo shrimp or two. 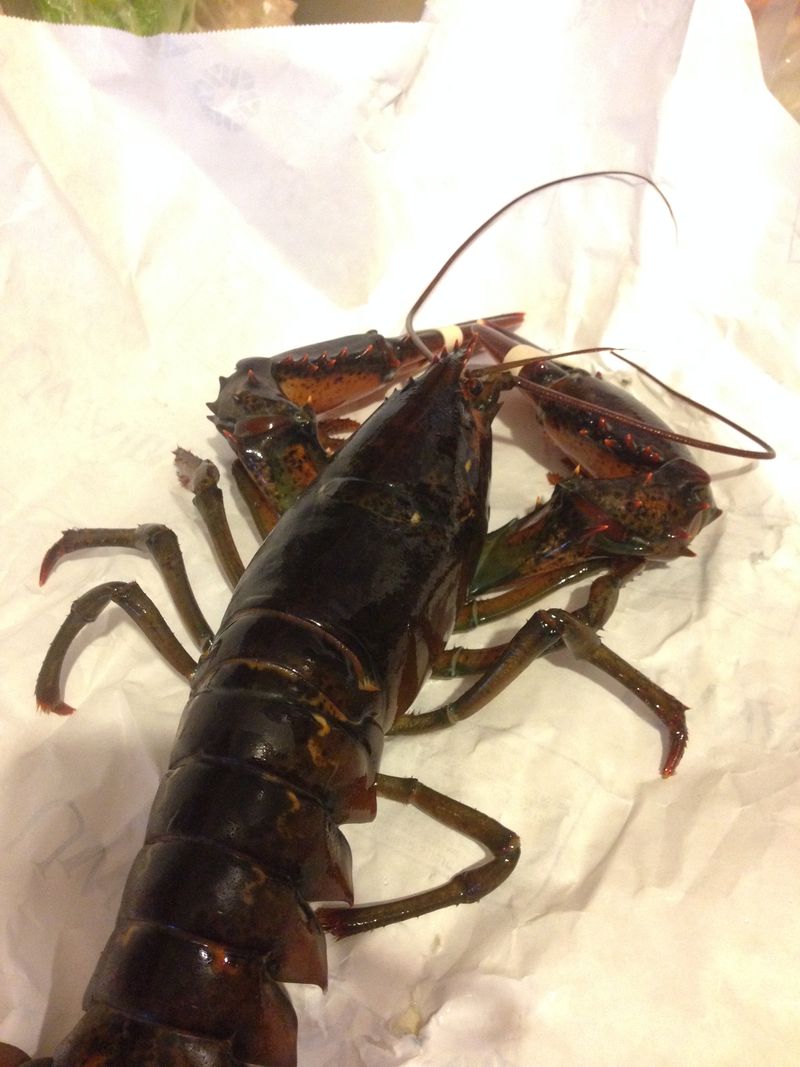 1. Bring the water to a boil before you unwrap it.

2. The technique of "bopping" them on the head to knock them out before going into the water is impossible.

3. There is not an alternative to head in first that equals a quick death. This is a little gruesome but our lobster would not die. We smacked him on the head and he ran, we severed his little crustacean nerve center and he flexed and still attempted escape. Meanwhile, as he danced his macabre waltz the water would not boil. Live in my kitchen the omnivore's dilemma convulsed upon the counter. 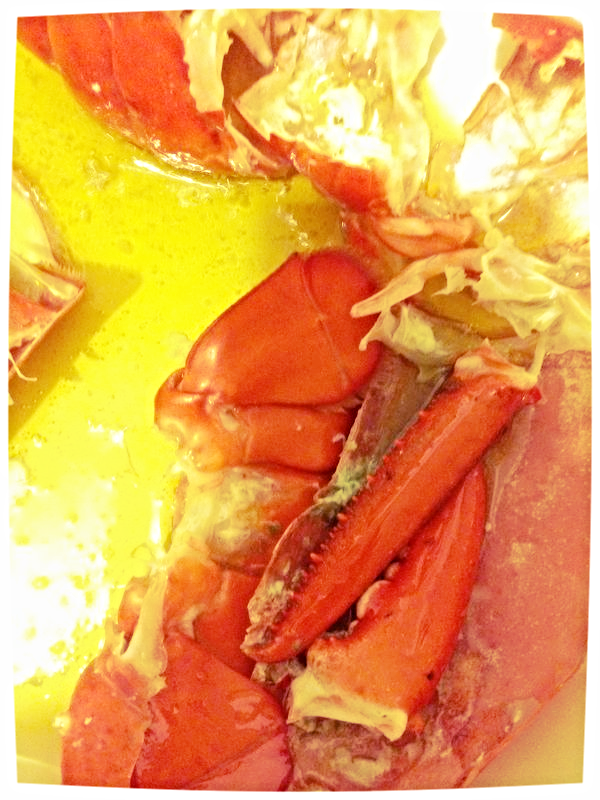 Eventually the torture of all involved ended as the water boiled and we were able to put the poor sea creature out of its misery. Then I actually had to figure out how to fry the shell to the point where it could be soft enough to food process. 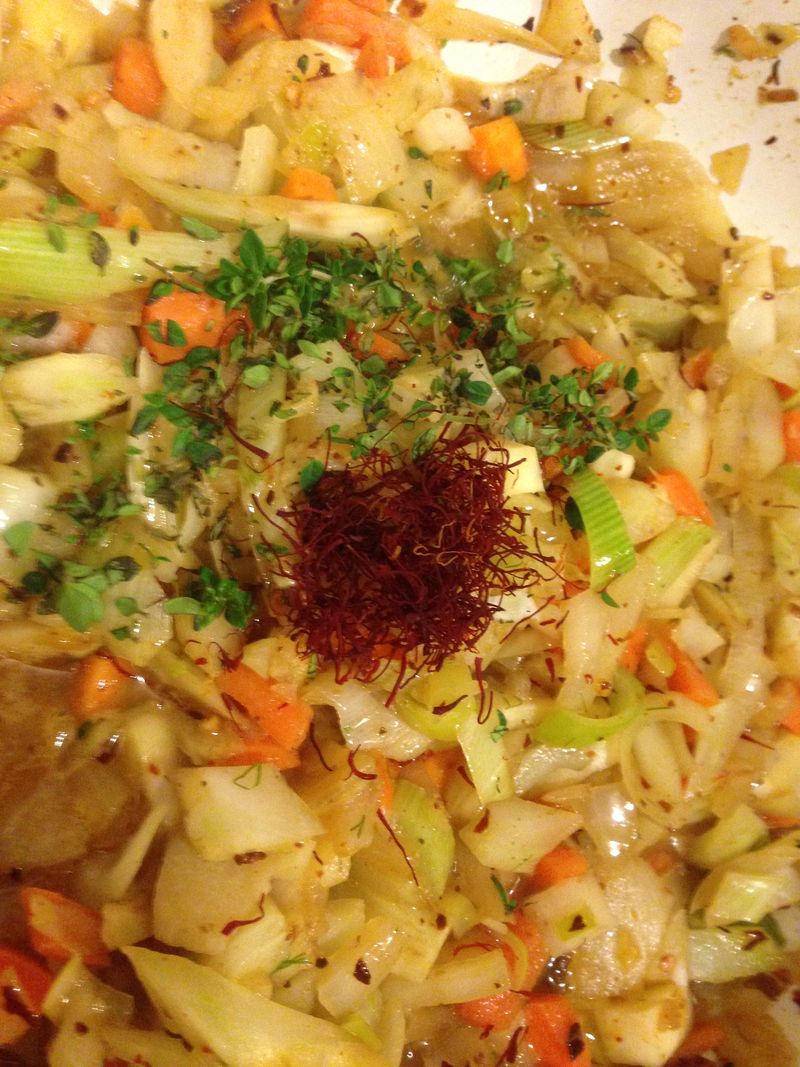 I eventually gave up and just decided that the oil was flavored enough by the process – then tossed in the leek, onion, fennel, and carrot, garlic, wine and saffron. 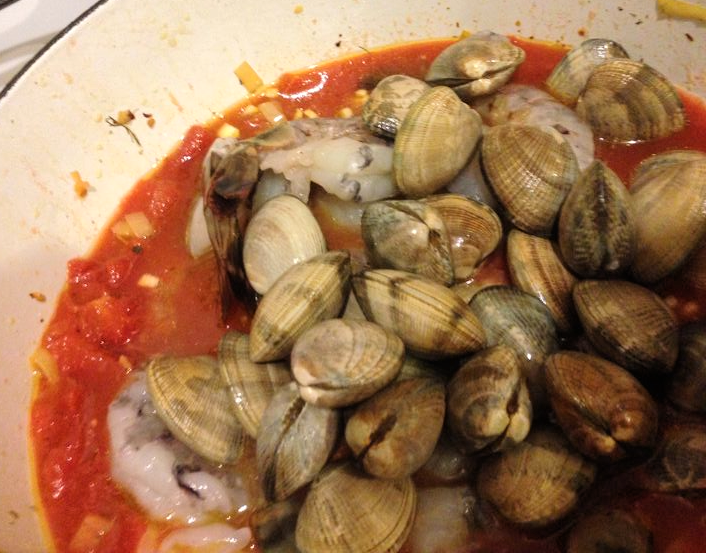 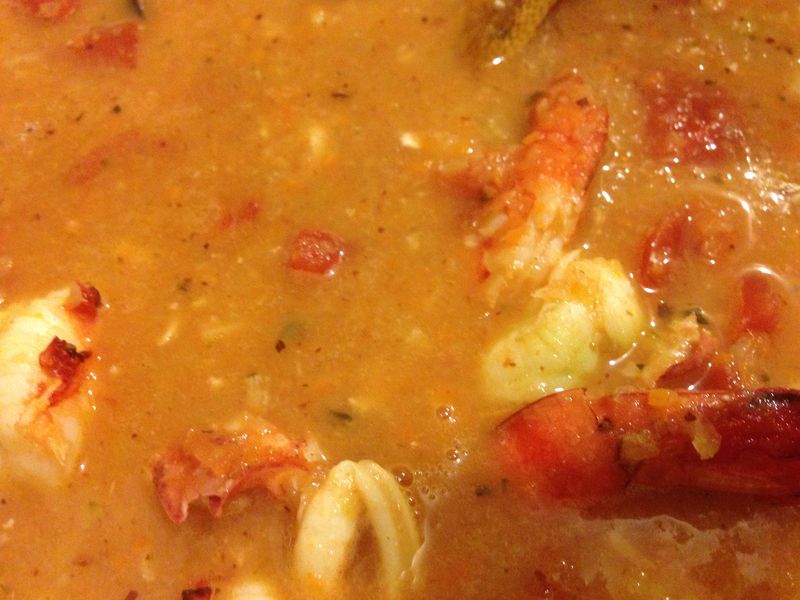 then we added everything including the shrimp and squid together in the original pot, topping everything off with the reserved lobster meat. 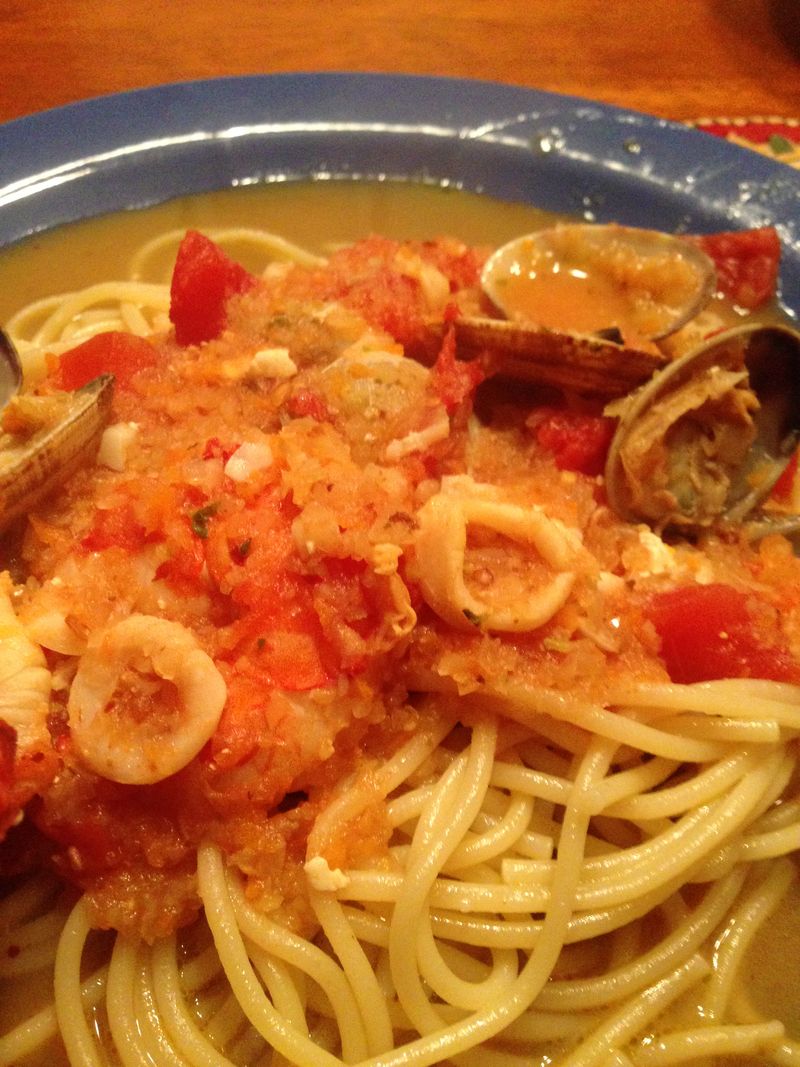 It was an ordeal but it tasted good in the end. I don't quite think it happens the same way in Italian fishing villages, nor is the price tag so steep – but it was a seafood pasta to remember.

28 ounce can of whole or diced tomatoes

Bring water to a boil in a large pot. Put live lobster in head first and cover pot. Boil for 12-15 minutes until bright red. Remove lobster and allow to chill.

Remove meat from lobster. Chop meat and lobster shell with a good sharp knife or other creative cooking implement.

In a large sauce pan heat 1/2 cup of olive oil and cook the lobster shells until golden. The recipe I used said this would take 7-8 minutes mine took 15 and still weren't really golden – so use best judgment here.

In the same bowl with lobster shells add chili flakes, 3 cloves of chopped garlic, carrots, fennel, leek, and onion. Cook everything until soft then add 1/2 cup wine and cook until evaporated.

In a clean version of the same pot or a different sauce pan altogether heat the other 1/2 cup olive oil over medium heat. Add the clams, shrimp, squid, 3 cloves garlic, 1/2 cup wine and tomatoes mix and cover. Cook until the clam shells open (roughly 5 to 7 minutes).

Serve over spaghetti or your favorite pasta