It was just a normal Tuesday after work, shopping at my local organic grocer in Seattle.  I wandered by the meat section pondering what to cook for dinner and what did my computer tired eyes fall upon?  A beef tongue – just hanging out in the prepackaged meat section next to the boneless skinless chicken breasts and previously frozen wild salmon. 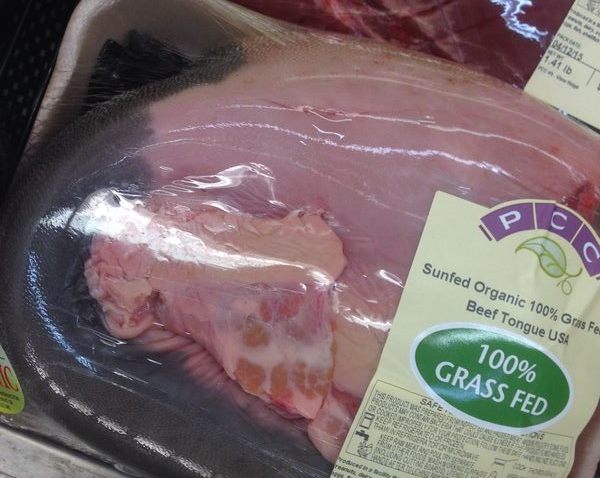 At first I decided to just take a picture of the curiosity and walk on by, letting it sit there for another consumer to take a chance on.  I made it all the way back to the produce section where I instinctively started picking up ingredients for tacos, and I had to turn back.  But first I sent a lifeline text to two friends with the question, "Buy the beef tongue, yes or no?" Before they answered I returned to the meat section worried that some other strange-food-experience addicted person snatched the tongue out from under me in my moment of indecision.  Then one of the friends texted back.  "Always get the beef tongue!" 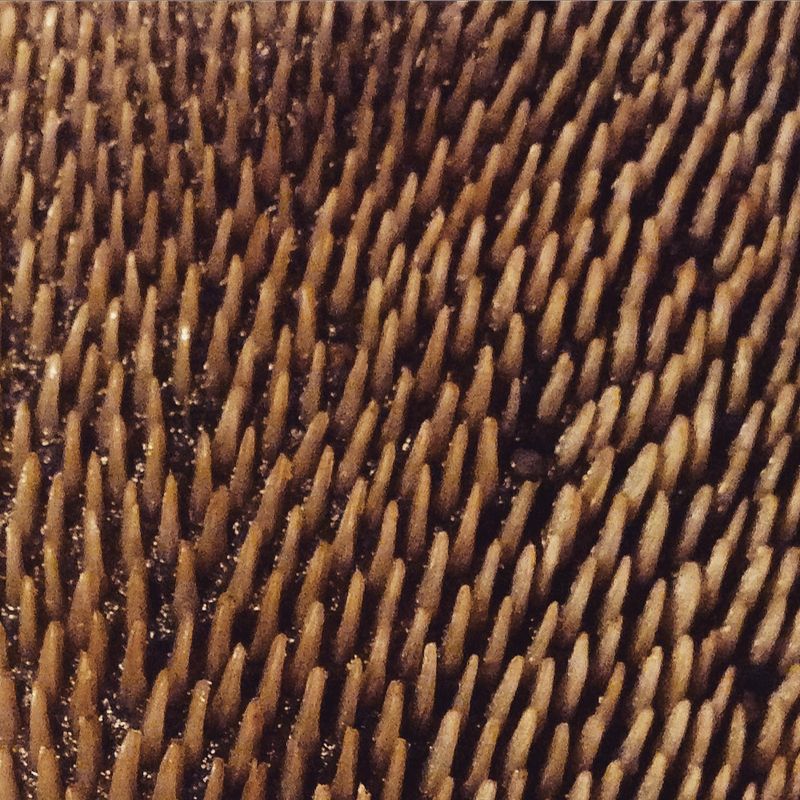 I placed the tongue lovingly into my shopping cart and returned to my regularly scheduled Tuesday afternoon grocery store trip, including all the makings for tacos.

When I arrived home I proceeded to look up a recipe on the internets for cooking my odd cut of beef. I learned that this would be a two-day process as a lengthy slow cook was necessary to get to tongue to a point where it could be peeled.  Peeled?  Yes, peeled.

Of my cooking options I chose the slow cooker method and sent the tongue to float among onions, garlic, oregano, bay leaf, salt and pepper overnight. 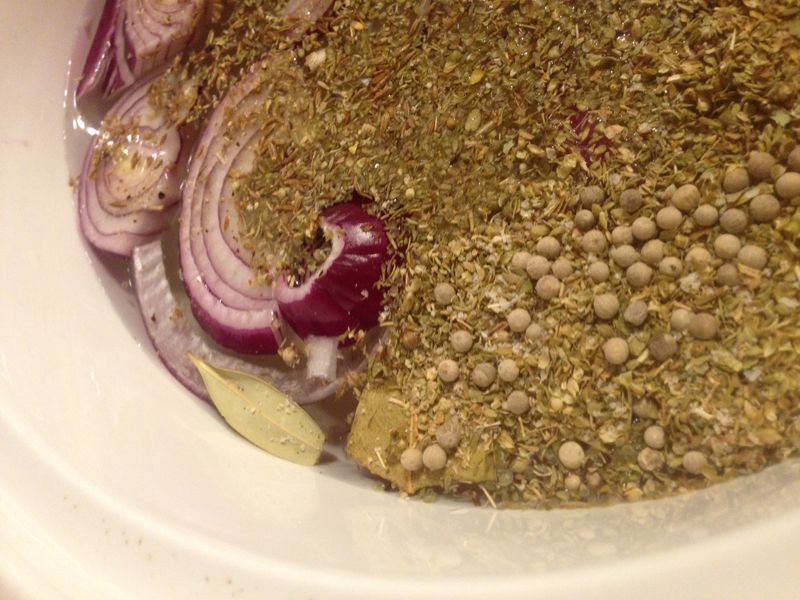 The next day, after work, I approached the tongue again, concerned that the peeling experience might be gruesome.  After another photo session with the phallac looking food, I realized the skin peeled right off.  Unfortunately, this is the only shot I got with it still having some skin on when I realized I should document the process. 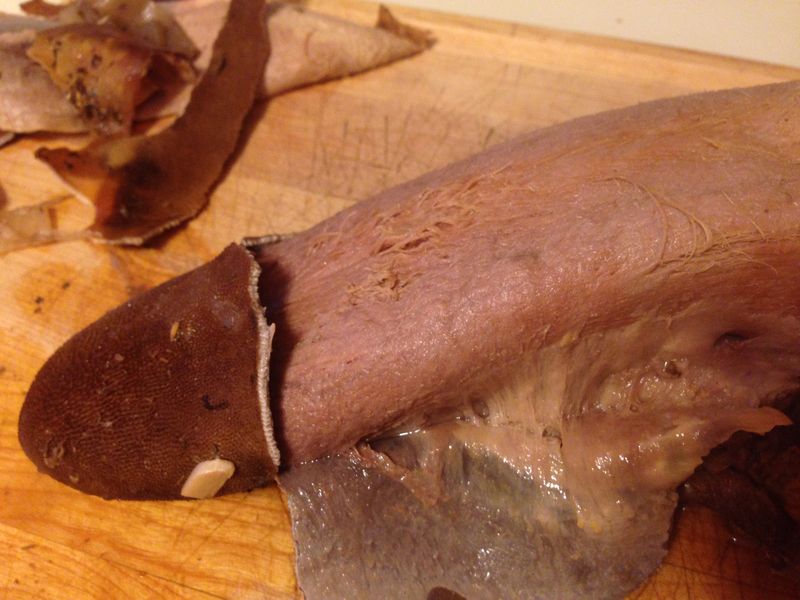 By this time my dog Odin was going insane for the beef he could smell all over the kitchen.  He got the extra special treat of the under tongue meat, which according to my recipe "is completely edible, but a little rough." 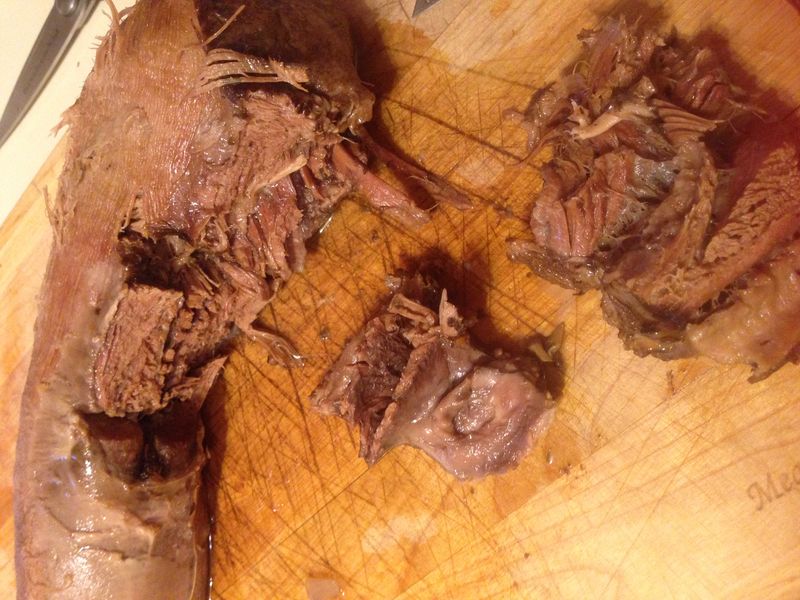 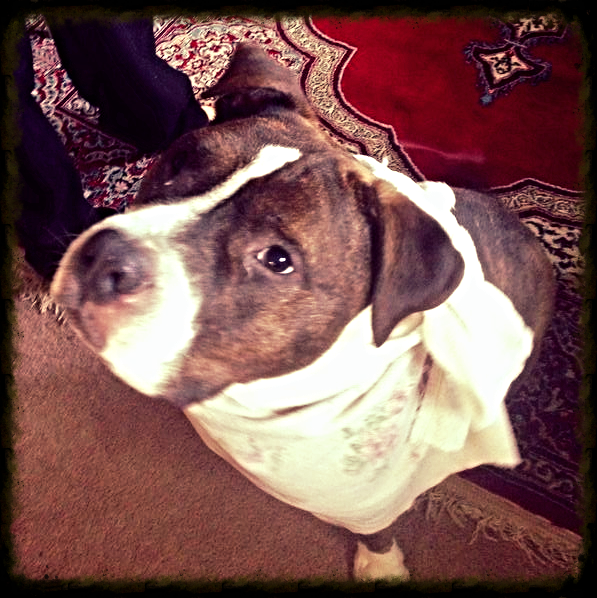 When Odin was satiated I chopped up the tongue into taco size sections, fried it with salt, cumin seeds and chili powder, then made myself some delicious tacos de lenguas. 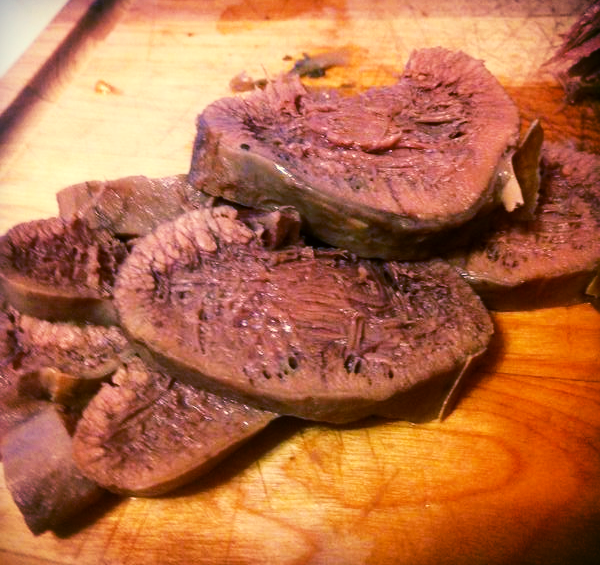 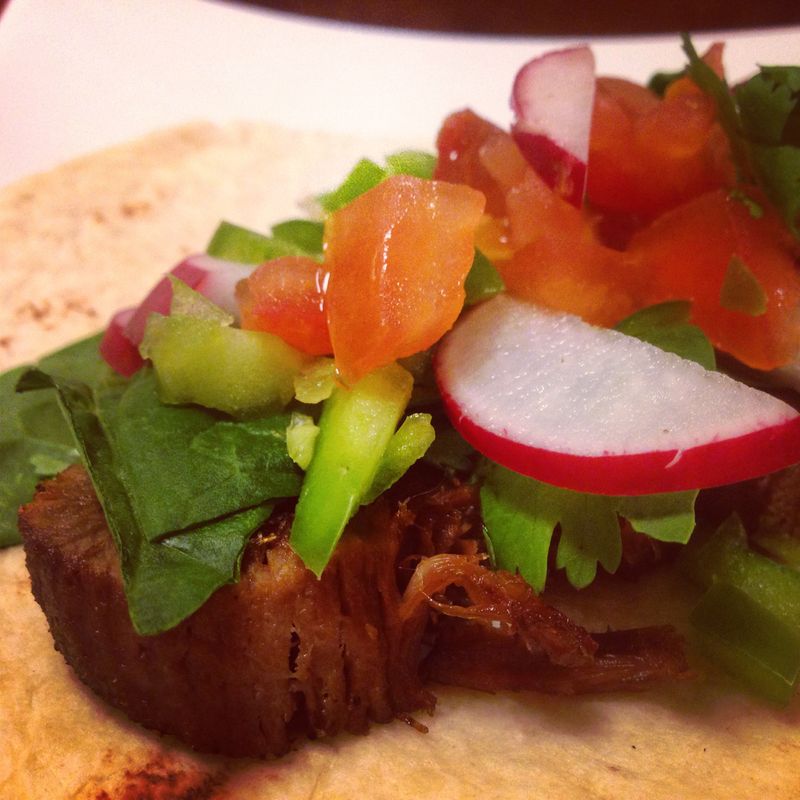 A single tongue will make 8 to 12 small tacos.

Slow cook on low for at least 8 hours the following ingredients in a slower cooker filled with water:

Fry cut slices of tongue in the spice and oil until browned.

or whatever else you enjoy on a taco.