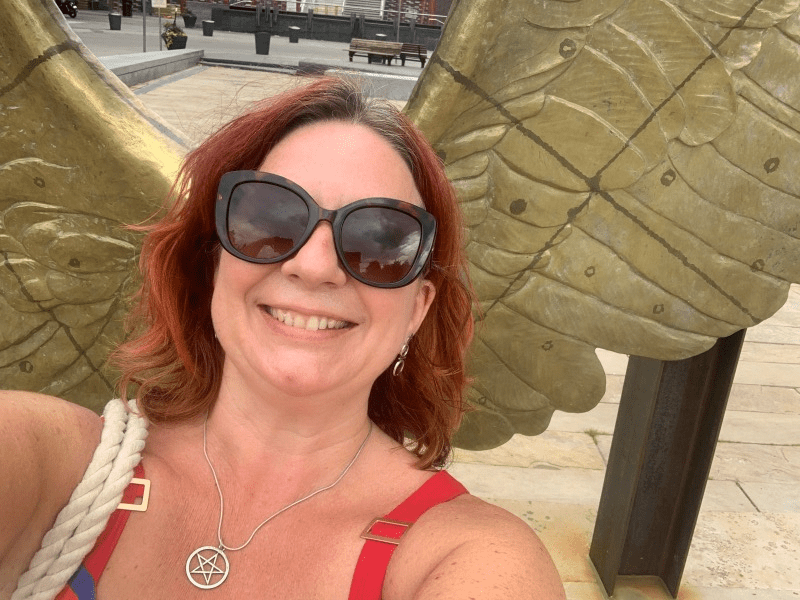 It is July 2020 and I’m sitting in a cabin in Manitou Springs, Colorado after a day of sightseeing at least 6 or more feet from other humans. This is day two, we are sunburned, a bit tired, but definitely enjoying the views that nature provides. 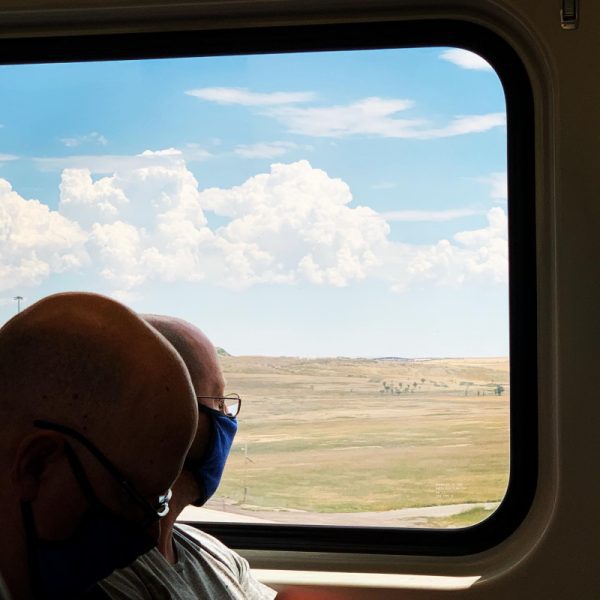 Why am I traveling during a pandemic? Why am I traveling when the upswing of cases around the United States is breaking records and as a society it doesn’t appear that anyone cares beyond the end of their nose? I am asking this of myself. 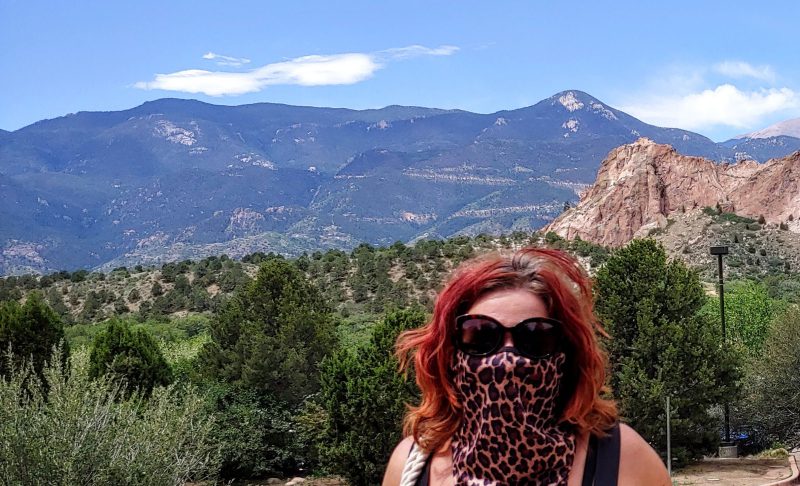 It does make me one of the selfish ones, in a way. Even when we are taking every precaution possible as we move about this strange mask-wearing world. The simple why – well, we made plans in February, and sunk money into non-refundable lodgings to see Colorado and go to a concert at The Red Rocks Amphitheater.  The concert was cancelled, we are using the non-refundable lodging and staying as far a way from other humans as possible while seeing the natural beauty of Colorado. 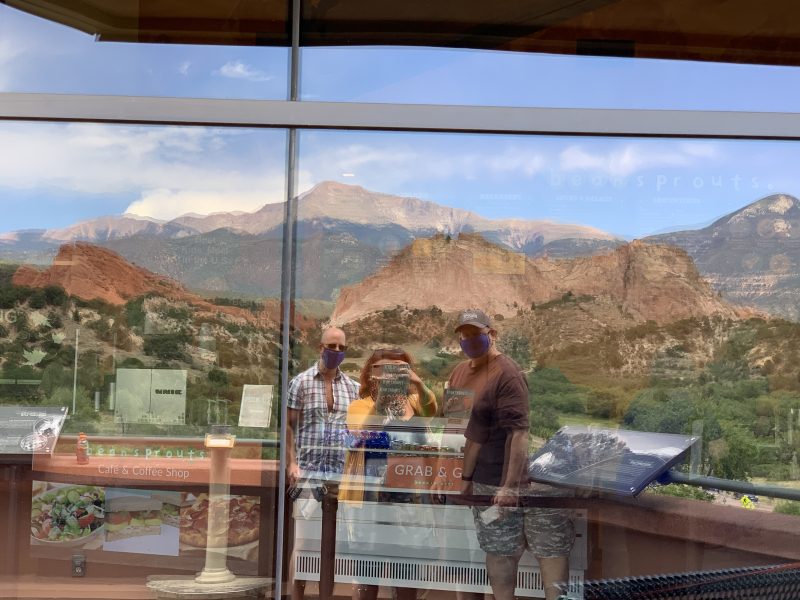 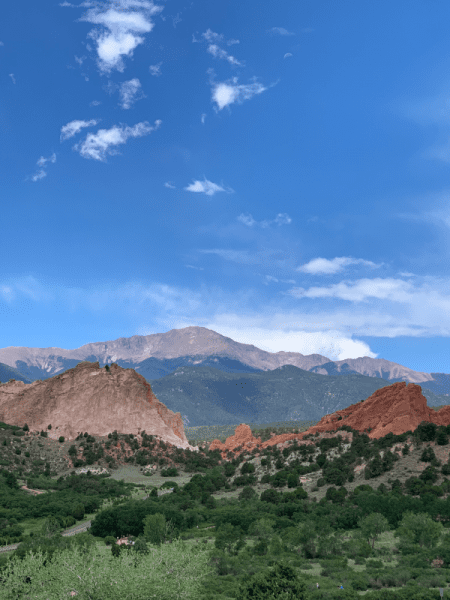 So first flying. The last two weeks I was visiting my parents in the naturally socially distanced location of L’Anse, Michigan. I drove there from Seattle, so I drove with my friends to Minneapolis to fly to Denver. Minneapolis to Denver is a less than two hour flight, plus a train ride into Denver. I flew first class on Delta thanks to my now underused Medallion Status, and my section was empty as was the rest of the plane and airport. It was the most civilized airport and airplane experience of my life. Everyone boarded silently in order from back to front, no one complained about stupid things, everyone wore their masks and stayed the appropriate space apart. I felt safer and more socially distanced  in the airplane and airport than in my local Seattle grocery store. 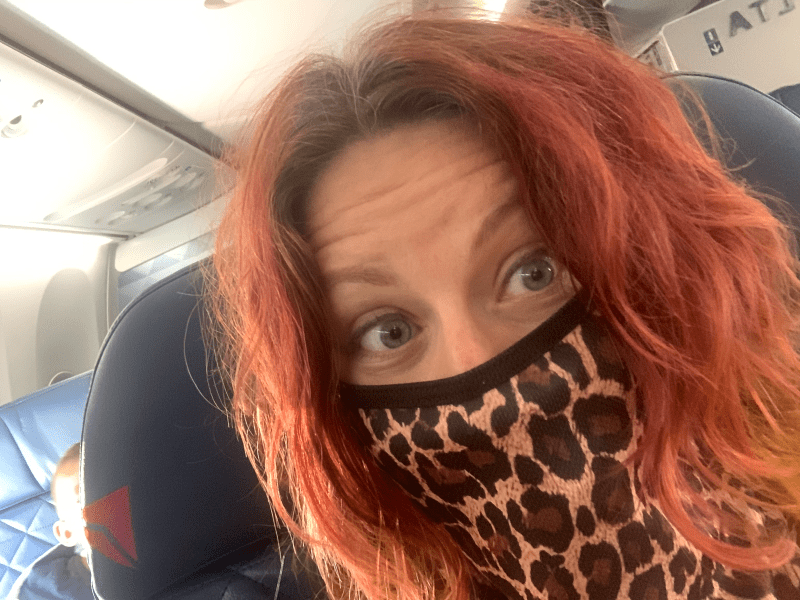 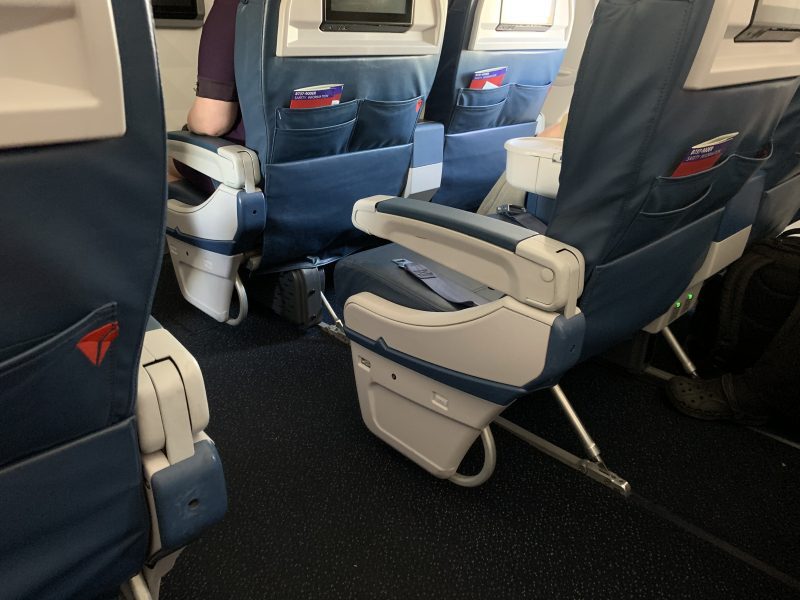 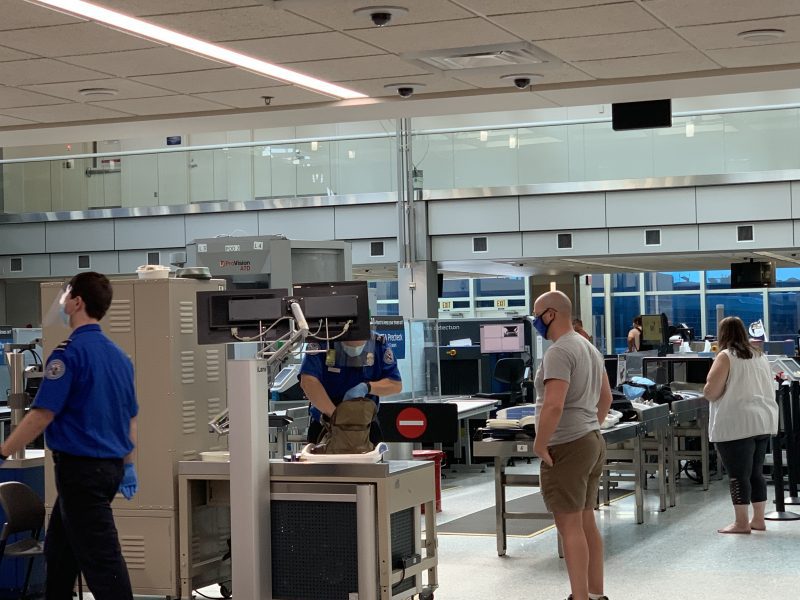 We arrived in Denver and found that although a great deal of Denver’s citizens follow the face mask suggested rule, there were a whole bunch that just wanted to have fun in the sun and not be bothered with pandemic protocol.  Here they are at Convergence Park (Jeremy and I observing from a far away walking bridge) tubing down the river, among other beat the heat strategies. 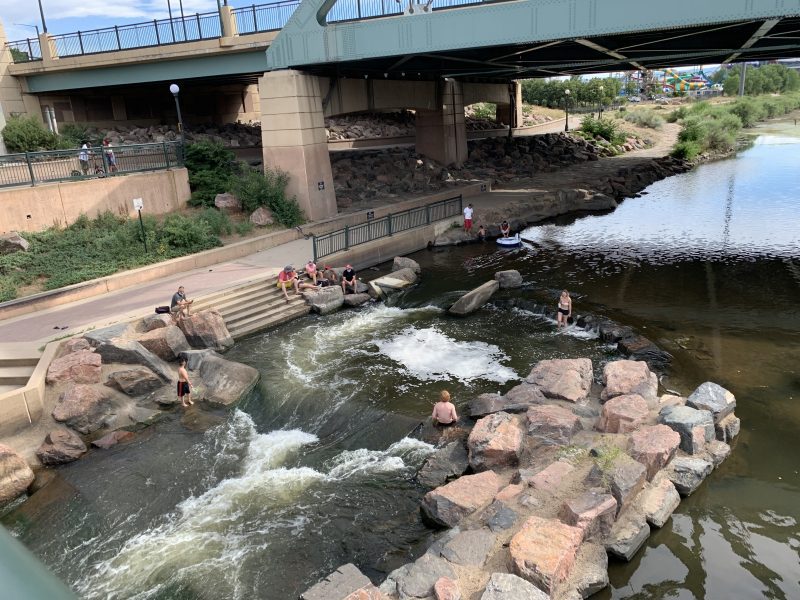 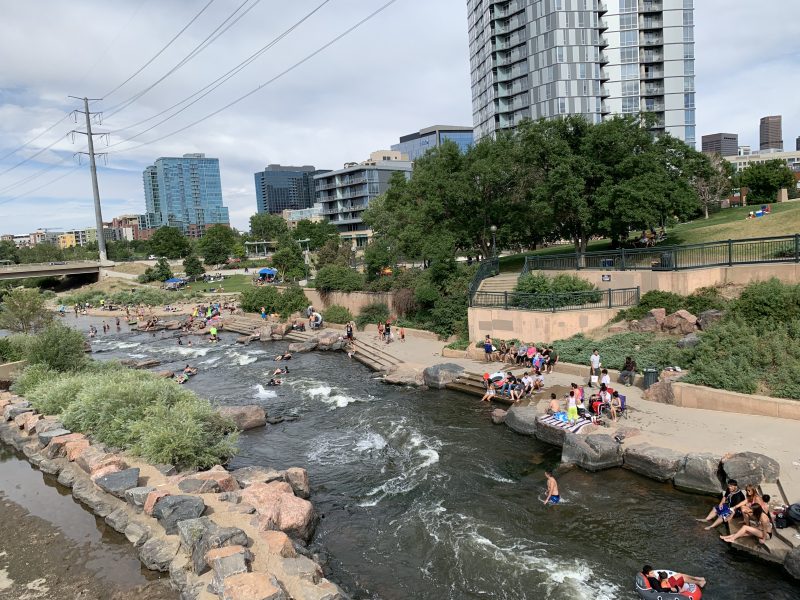 Writing this I feel like I’m tattling on Denver’s choices. As I reflect on my experience the last two days traveling, my observations are no longer about the place I am in, so much as how to avoid the people that are in it. We are a hazard to each other, so its more important than ever that personal space be kept and respect for the act of “not placing” droplets in each other’s air space happen.  As a result, what I’m looking at is how people are reacting to the threat of each other, how they are paying attention to people besides themselves, how they are caring about what their choices do to impact others. Are we in this together? Or is one of us ignoring it? We are going to be here a while, so how are we figuring this out? 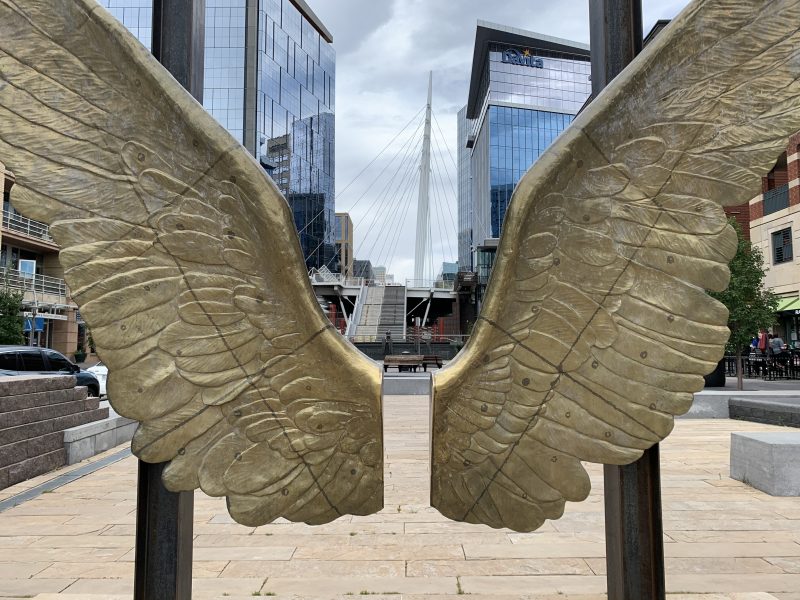 My friends and I are figuring it out as we go – it is one bout of Frogger at a time with less careful tourists. But you can’t live your life in fear or judgment, so we carry on thoughtfully, enjoying outdoor dining in 90 degree weather, and staying as far away from people outside our group as possible. 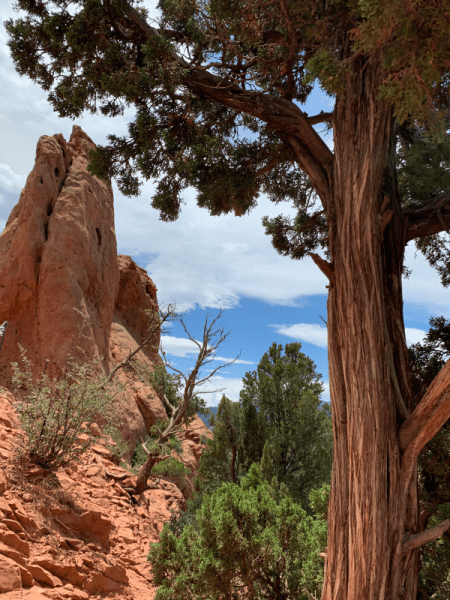 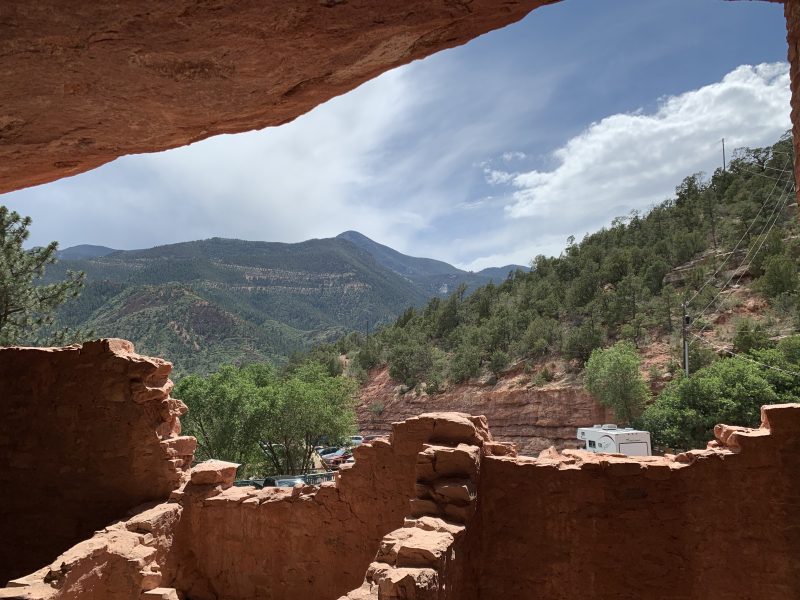 So how is Colorado so far? Garden of the Gods is beautiful. Denver is a strange industrial wasteland built on the shell of a railroad industry with seemingly nothing really to offer, and Manitou Springs is a quaint tourist town with some mystical history (including well preserved ancient cave dwellings) and a lot of slightly intoxicated persons floating about it. 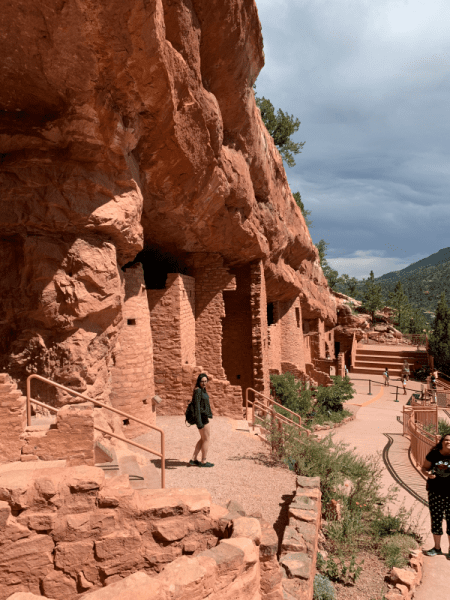 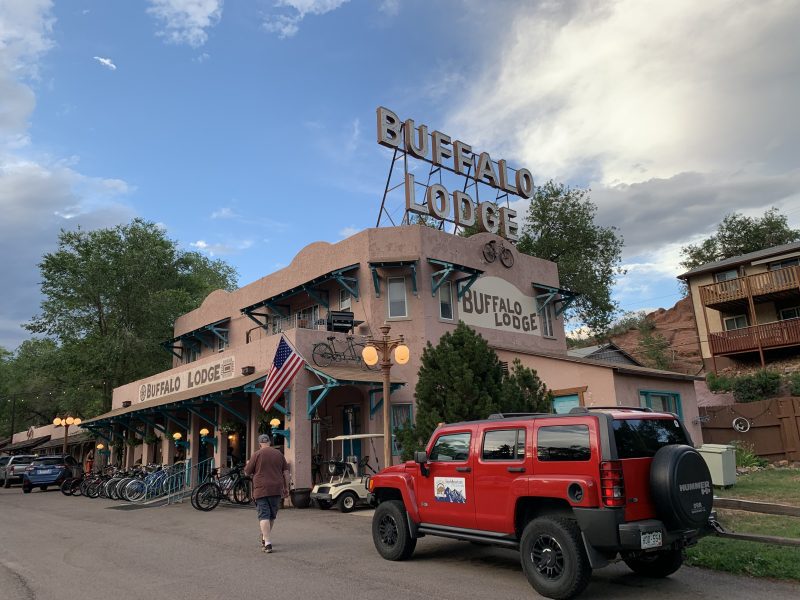 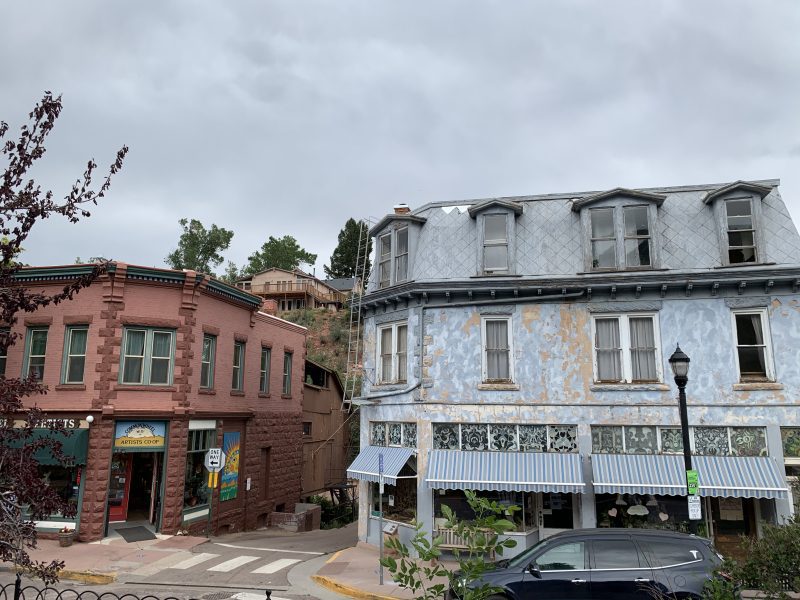 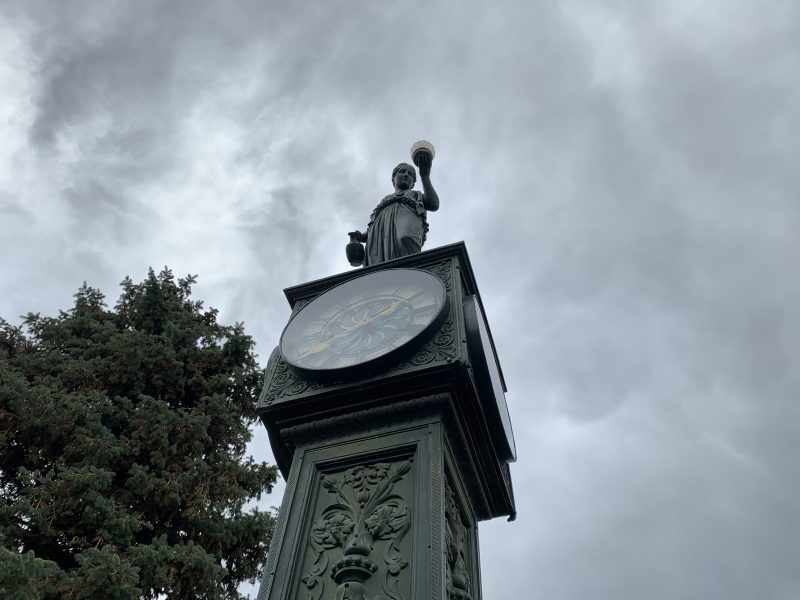 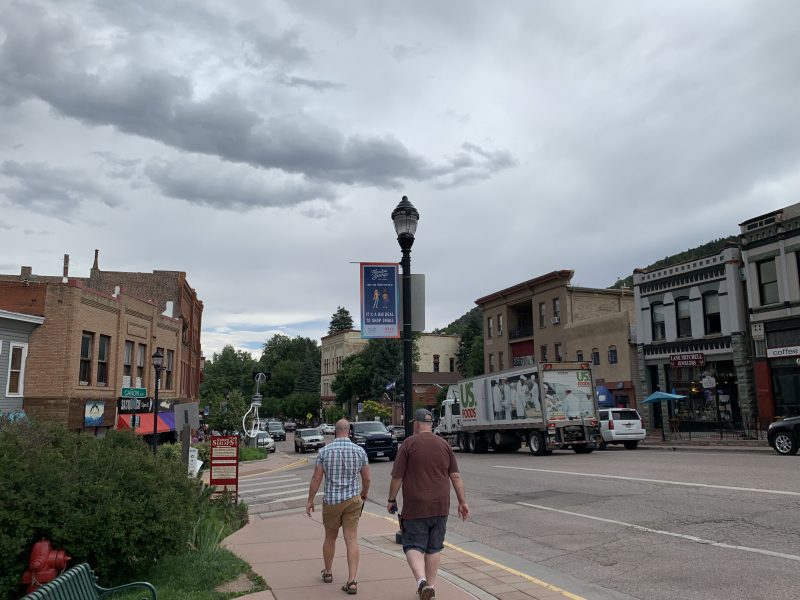 We were able to take in the gorgeous majesty of the Garden of the Gods natural national monument, as well as visit the historic cave settlement at Manitou Springs. 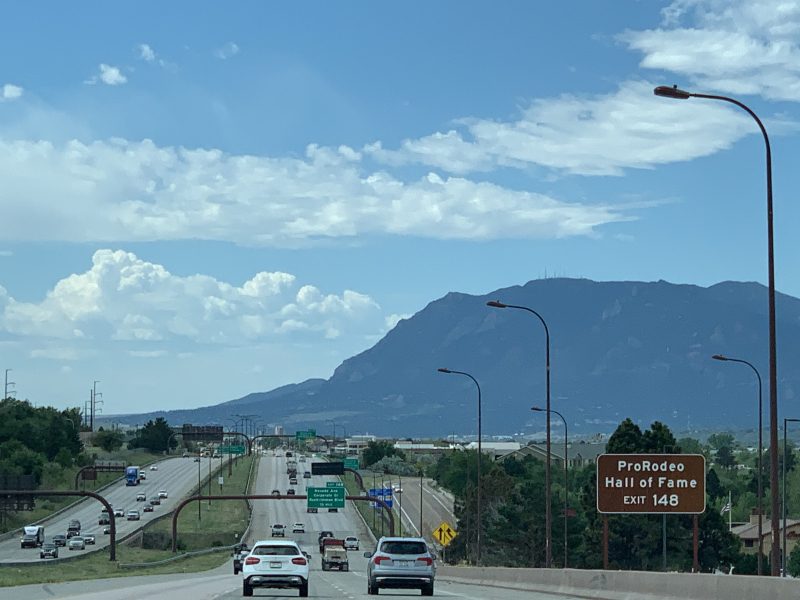 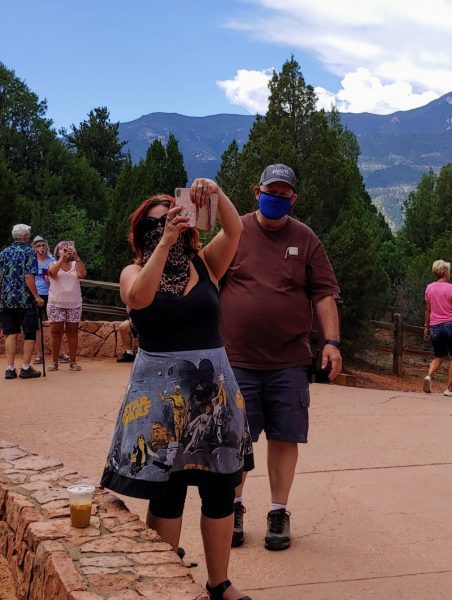 In Denver we took in Convergence Park, Riverside Park, and Larimar Square, as well as some phenomenal Spanish Tapas at Union Station. We are seeing a lot, per usual traveling with this group, but nothing is usual. 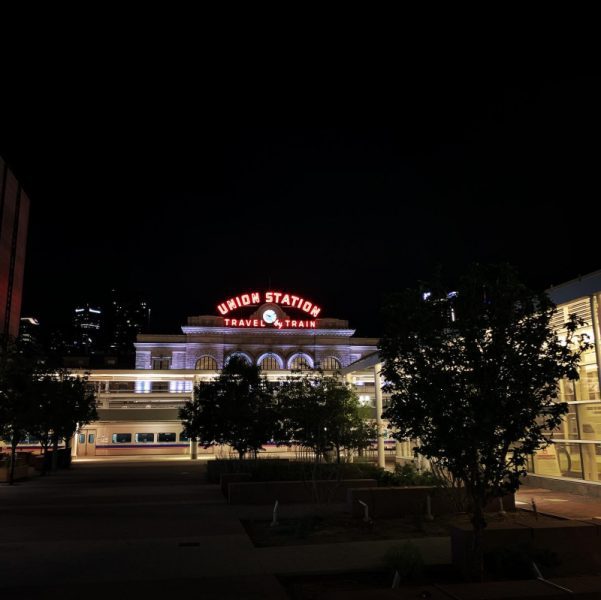 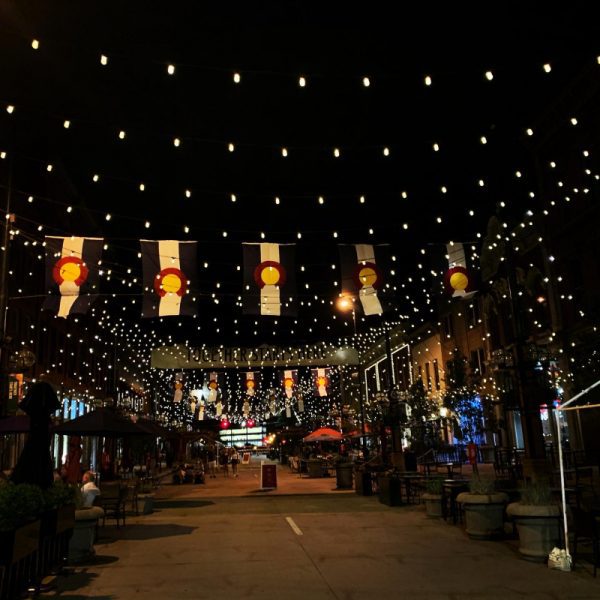 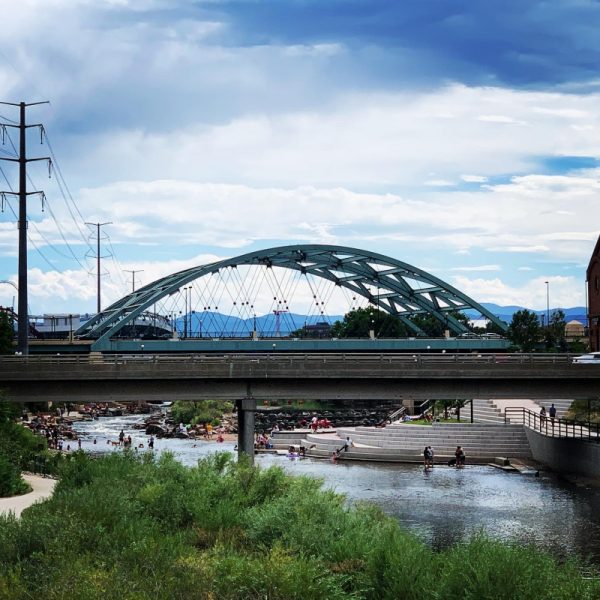 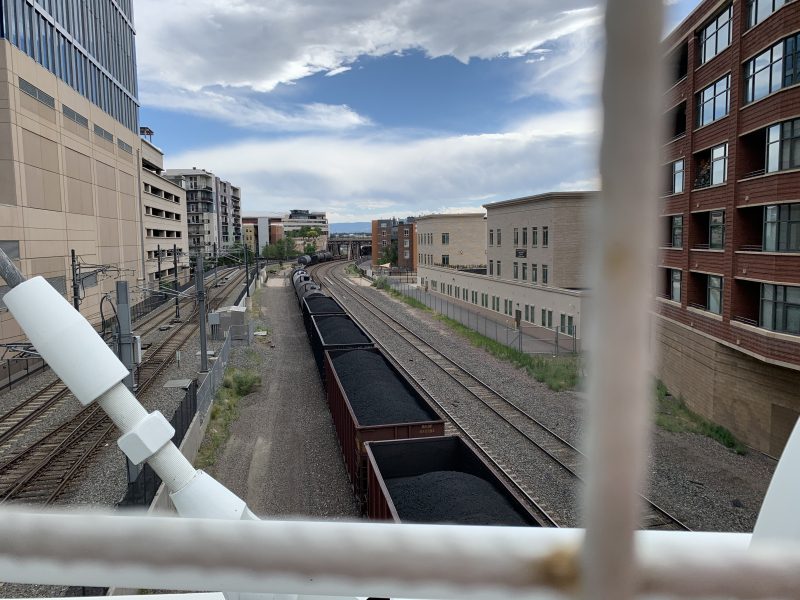 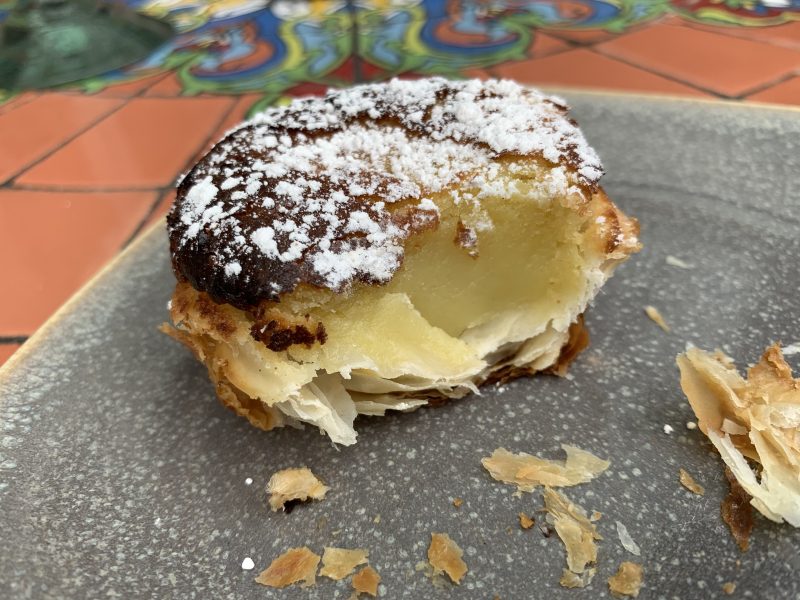 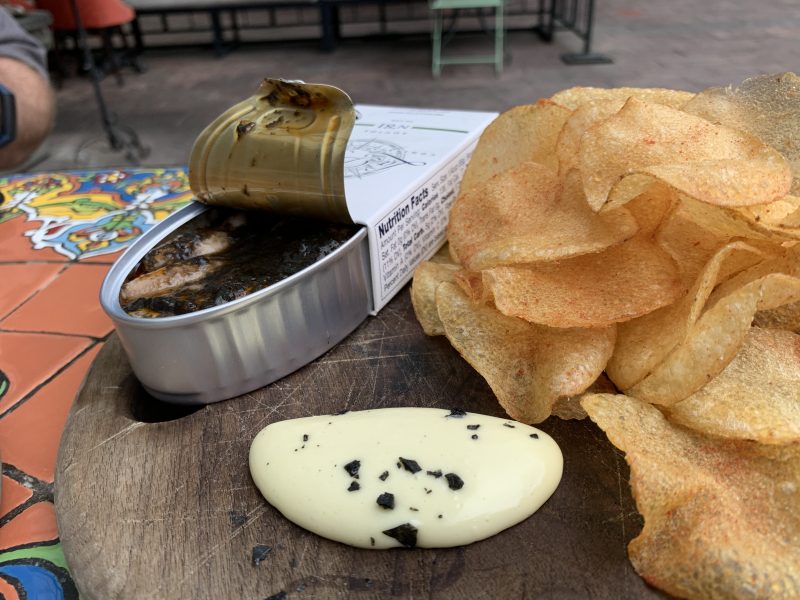 Traveling is no longer light-hearted, even in a group. I’m trying to stay open-hearted so as to not get jaded by the obvious social dissonance at work inside myself and my fellow Americans. For example, the angry man at the airport in Minneapolis, surprised and upset that he could not travel to Amsterdam. How did he not know? And why was it the airport staffs’ fault? The family of 8, with no concept of social distancing crowding us at the Manitou Cave Dwelling Museum that put their masks on at the front door, only to take them off inside and start yelling and screaming inside the museum – causing me to run away. I really wanted to read about what happened there, and the people who lived in those spaces, but it will have to wait until another time. 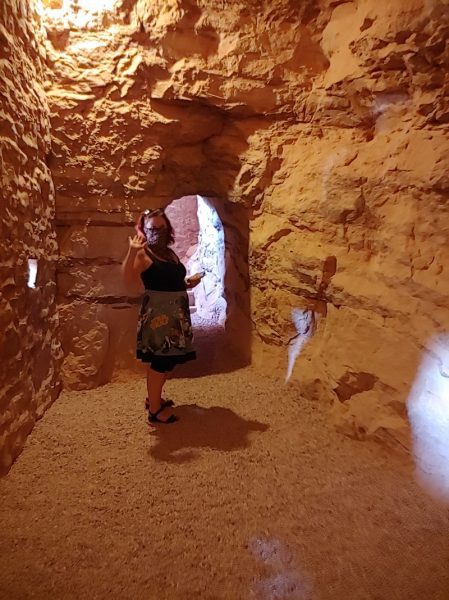