The last place I thought I would find a Gates Foundation grant at work was for an organic restaurant specializing in duck soup in Cambodia. But what is good for the goose is good for the gander right? Wait, that is about geese, not ducks.  This is definitely about ducks, lots of ducks, and a grant that helped this man teach a bunch of people how to raise even more ducks. 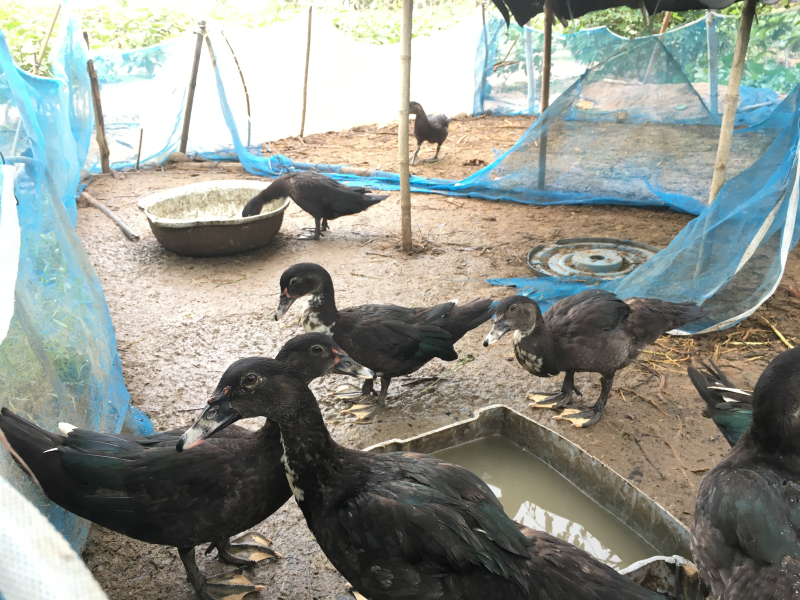 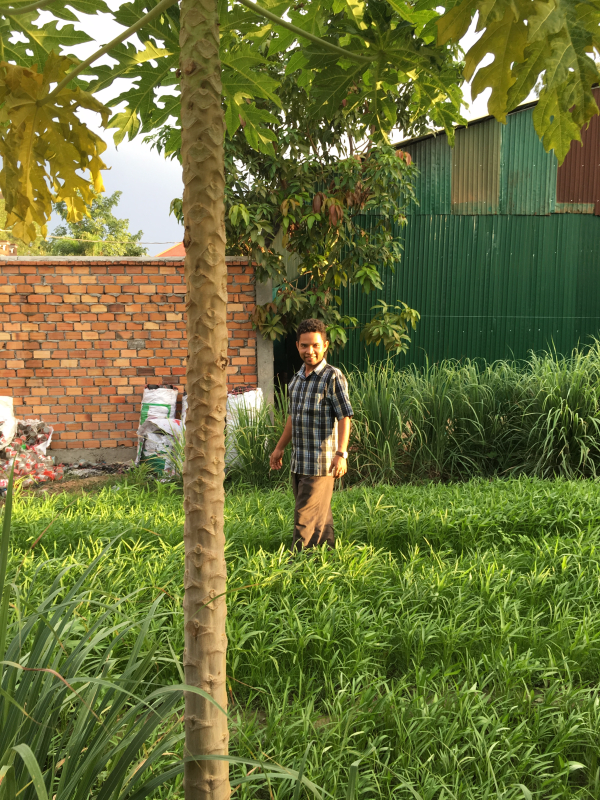 He also has a successful restaurant that serves over 40 gallons of hot pot duck soup a day. Which is a great place for those duck farmers to sell their ducks and duck eggs. So what is good for the ducks is good for the farmer and restaurant owner, and economy of Cambodia. 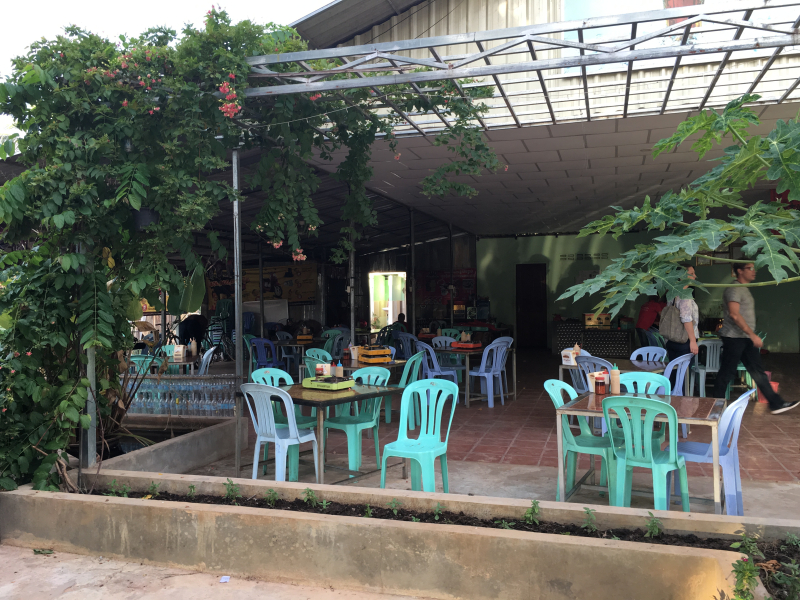 Meanwhile, he grows most of the vegetables served at the restaurant right on the grounds.  When sharing about the project with the Gates Foundation he noted that this space was supposed to be a playground, but that made no sense. He thought it would work way better as an organic vegetable garden. So he planted a bunch of stuff. 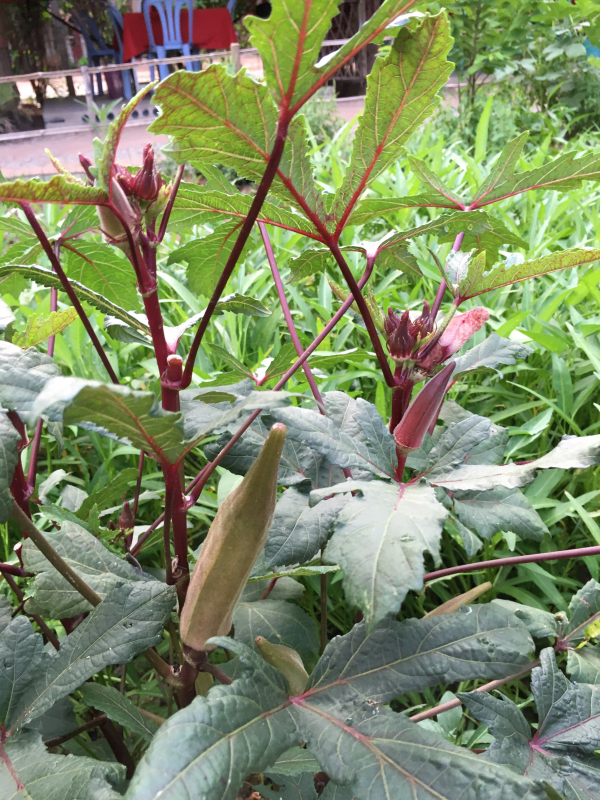 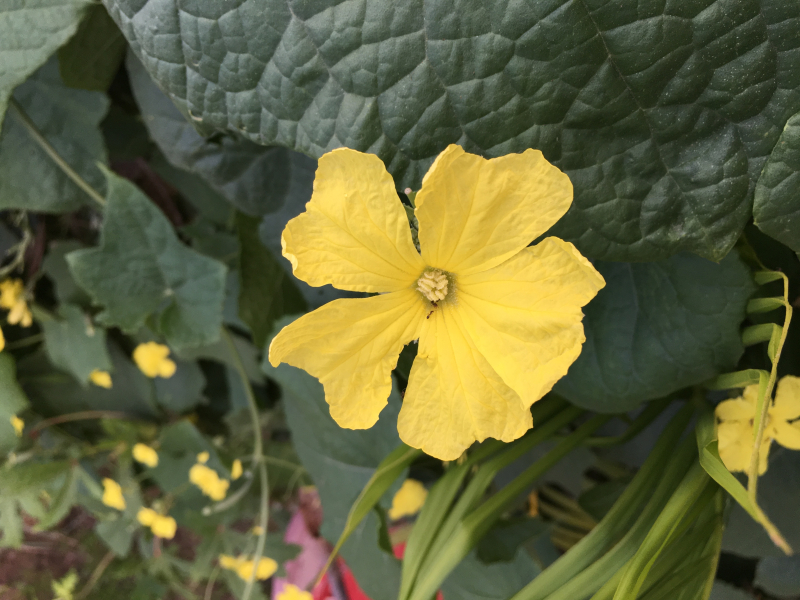 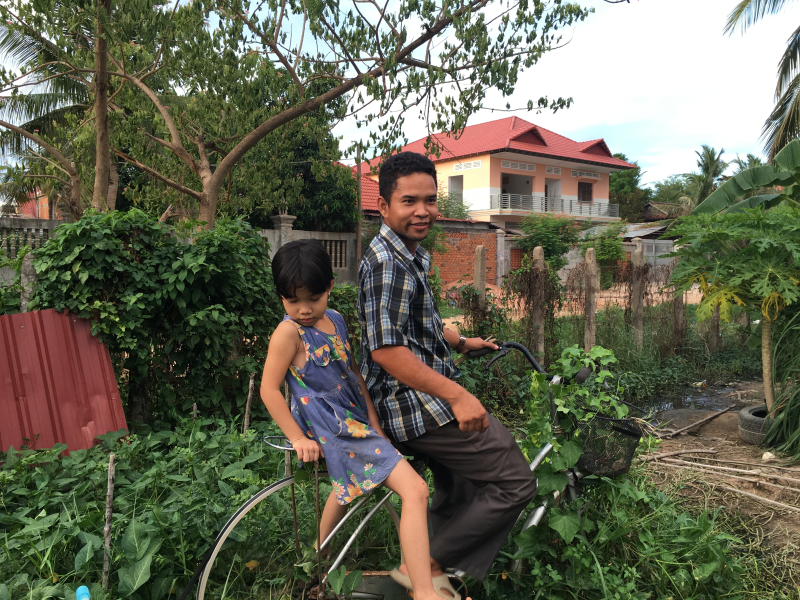 And made some creatives ways to keep things watered and happy, compost 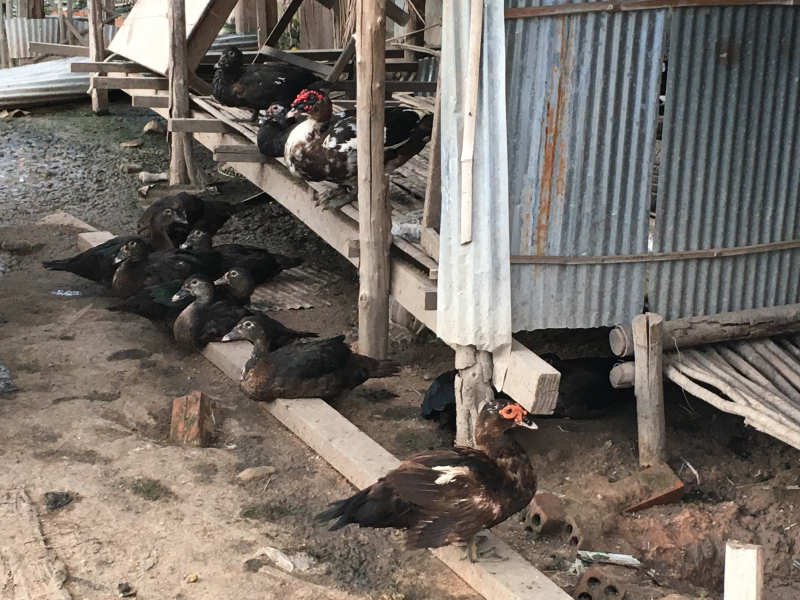 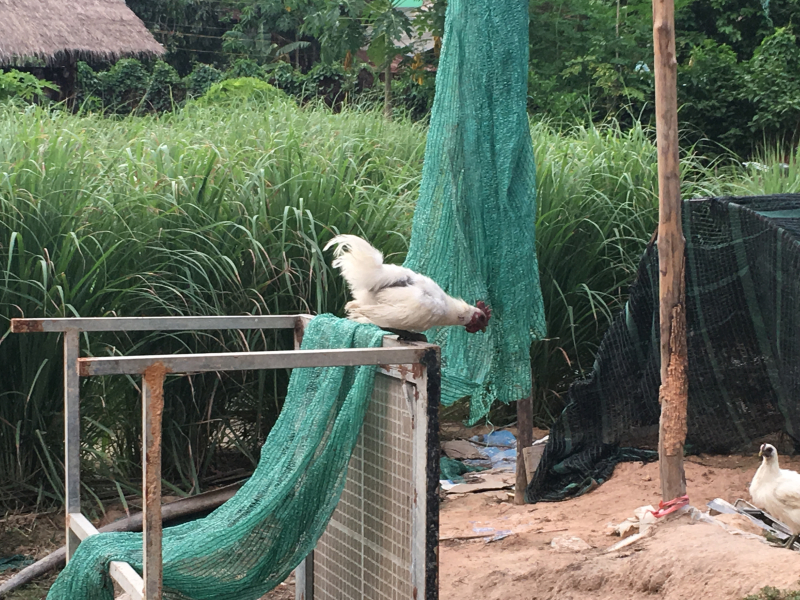 and raise some ducks and chickens of his own. 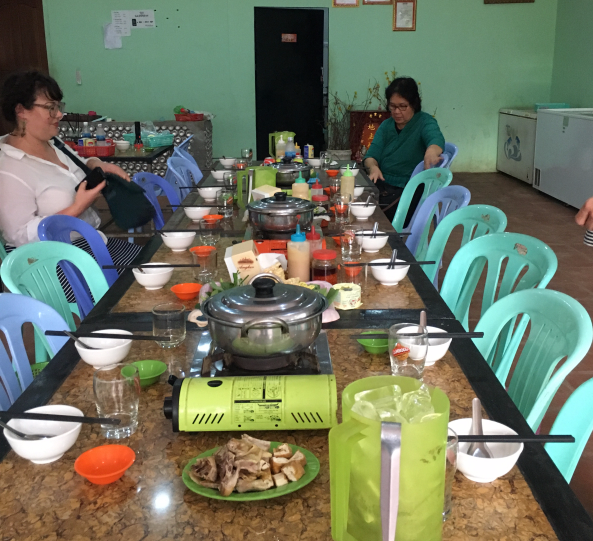 Then there was dinner for us all – duck soup, of course. You start with the broth and add all the things from the table. 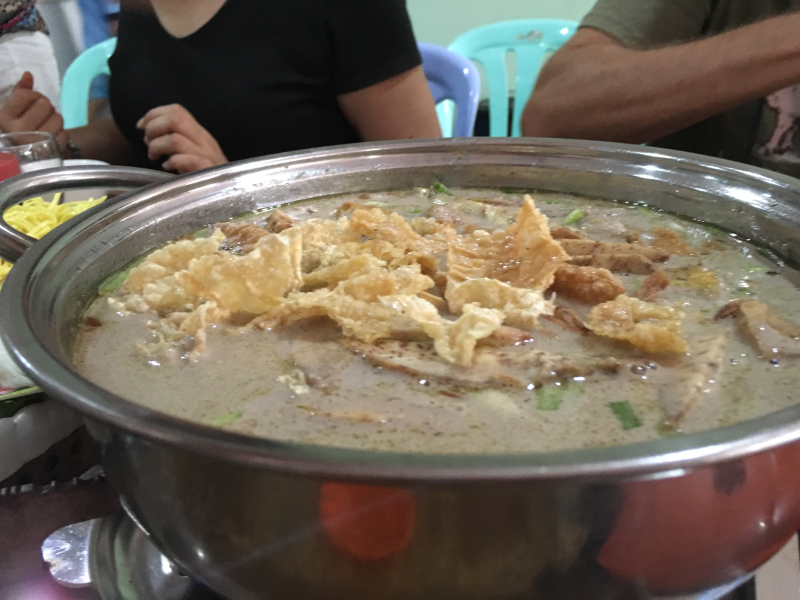 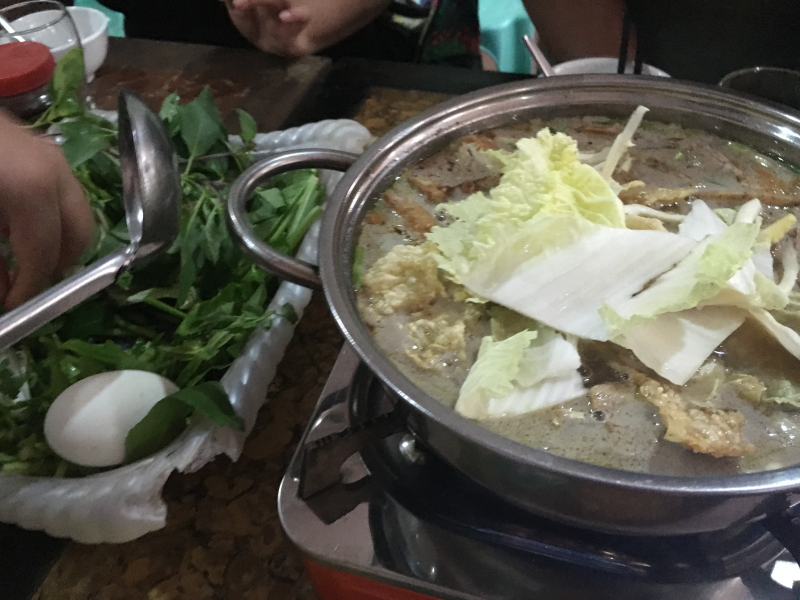 Including the egg of an unborn, but fully formed duck (otherwise known as a duck embryo). 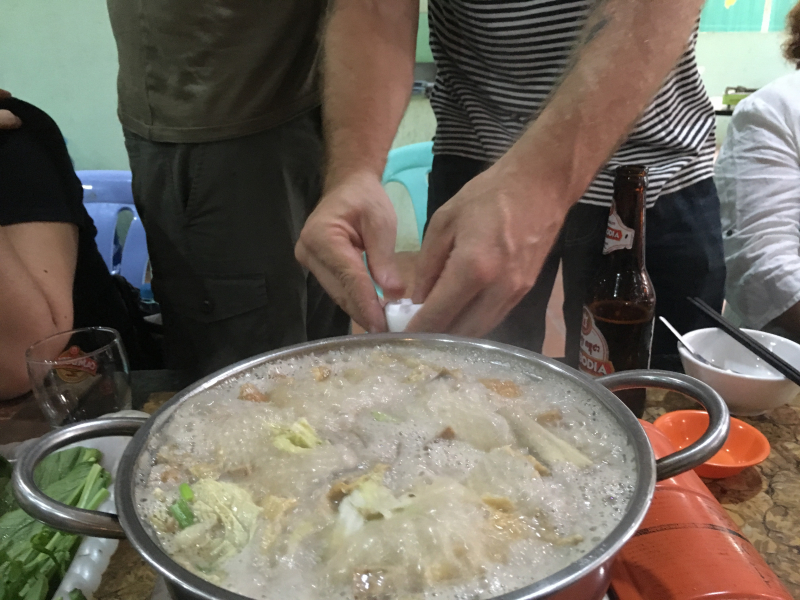 And boil everything for a little while. 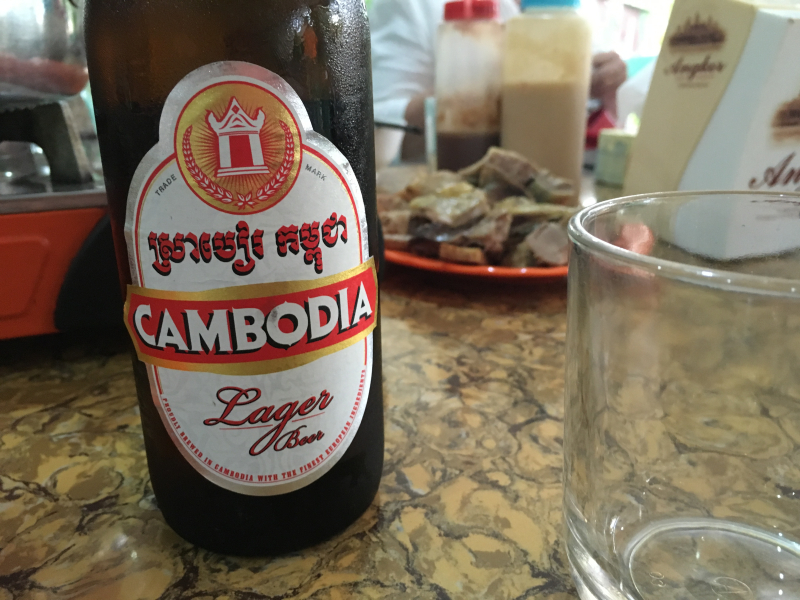 Maybe have a beer while you wait. 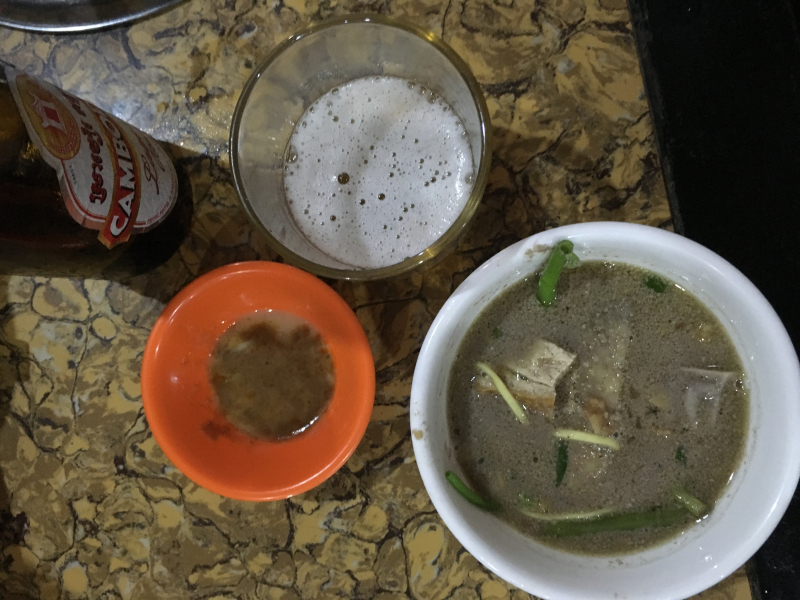 Then enjoy your duck soup. And fret over the decision to volunteer to eat the duck embryo.  Because it has all of the features of a duck and you have no idea where to begin. 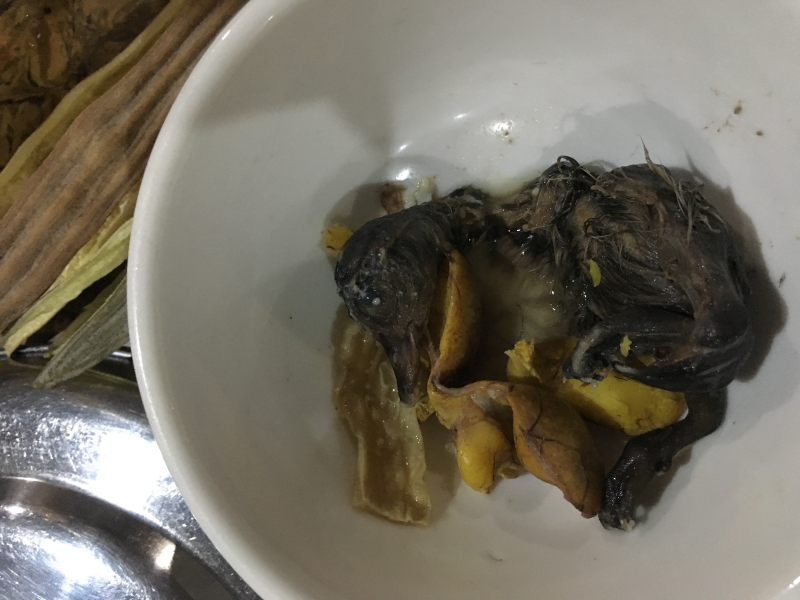 So I don't eat it, and feel like I lost the contest when Dave across the table eats it and notes that the feathers were hard to ignore and definitely felt like feathers in his mouth. This does not encourage me to eat it.  So I just have to accept that I cannot eat it, and it is a weird food fail on my part.  Then Lena tells the story about the day her first duckling hatched at home, and when on a food tour with clients later that day her husband handed her a duck embryo and said "eat this" so she did, because that is what you do on food tours with clients. As a result, on the day her first baby duck was born at home she had to eat a baby duck at work.  She ate enough baby duck for us all so I had gratitude and covered my uneaten baby duck with a plate. 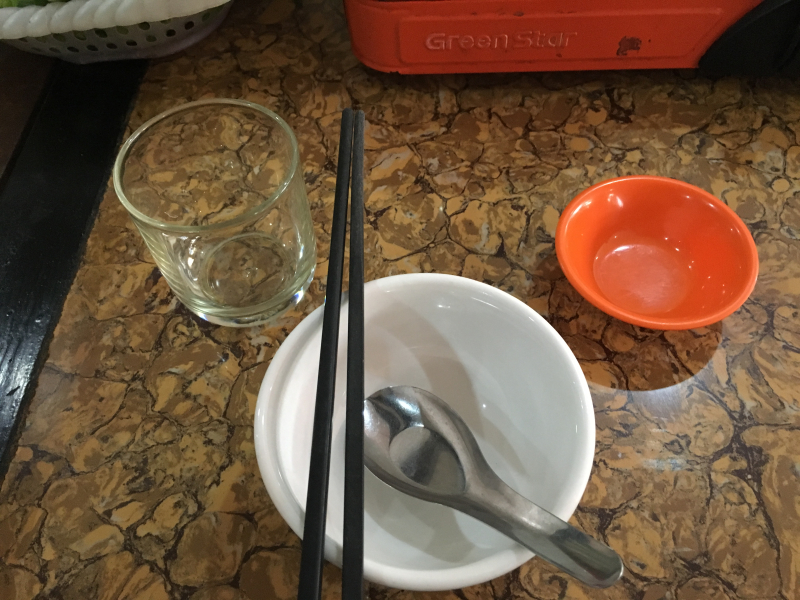 Then made out a plan to go to the night market with everyone after dinner.