As conferences go – being in a giant group of food obsessed people can't be a bad thing right?  I definitely don't think so – thus my attendance at this particular conference known as Blogher Food.  I attended my first one the year it came through Seattle – I got to meet all of my blogger turned author idols, learn about writing cookbooks and finally was convinced to join the Twitter-sphere albeit very lazily. 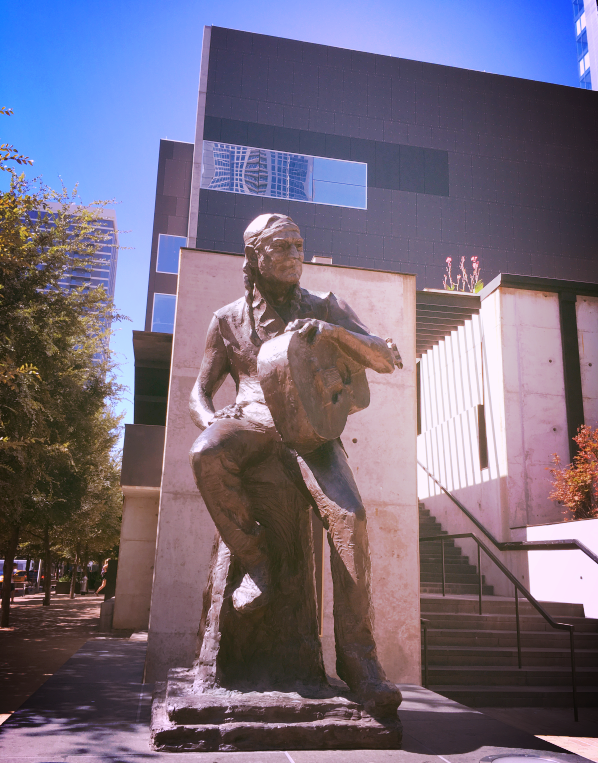 I've been hooked ever since that first conference, even though the industry of food blogging changed significantly since I first put type to platform in 2011. In 2012 and 2013, at my first and second conferences there were still tracks about writing and story driven blogs.  Now it is all about videos and Facebook Live and brands and the possibility of Pinterest to grow your following.  Pinterest didn't even exist as a platform when I started my blog. I'm not bitter, I am learning to adapt. 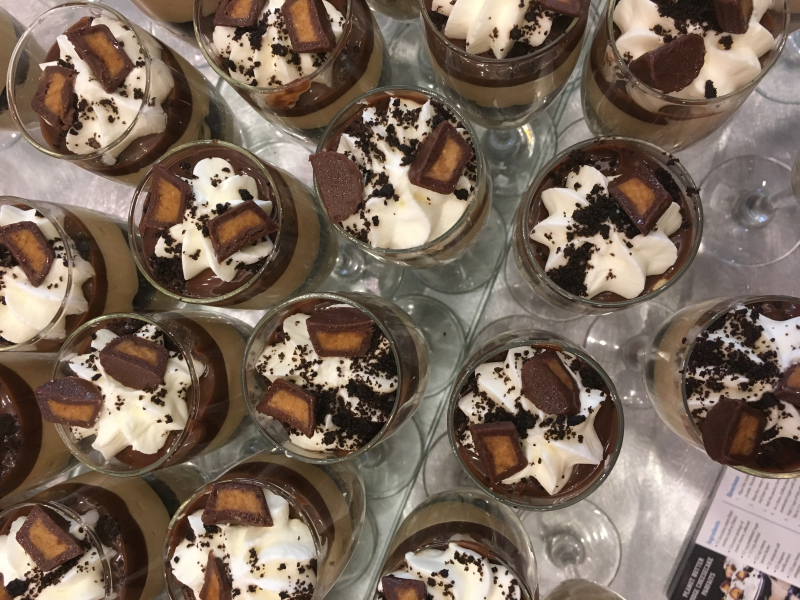 Part of me wonders if I should have stuck with recipes.  But all my heroes were writing books – I came into the game five years too late and ramped up five years too slow.  It is OK though – I love my blog.  It is where I put my thoughts and write to the proverbial "reader" who listens to my yarns.  Someday I'll put it all in a real book and then someone will really care, but probably not really. 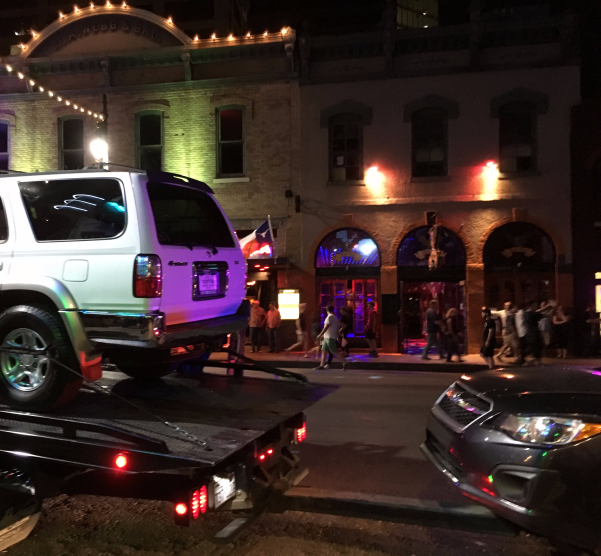 Meanwhile, after indulging in a bit too much networking at the pre-event and people watching on 6th Street the night before – Friday morning I carefully climbed down the steep ladder my Airbnb hosts called stairs, took a semi-public shower in the bathroom that did not have walls all the way to the ceiling, and stumbled out the door into the rain to walk down the street to the Hilton to go to the conference. I was so tired after jolting alert every hour or so with one or the other arm falling asleep from my "bed/futon" thing built into the floor of my lofted room that all I could think about was coffee and an amazing food blogger breakfast. This is not a photo of breakfast offered by the Hilton (this is the deviled egg bar at the reception later in the day).  Breakfast was bacon, eggs, hash browns and coffee.  There wasn't a vegan or gluten-free thing to be seen and the food specialists were not happy (and there are a lot of specialty diet bloggers now-a-days).  I was thrilled and underwhelmed simultaneously. Someone on the planning committee clearly had not briefed the venue on who was coming.  I took gratitude in the coffee and searched for water. It was hiding in the corner. 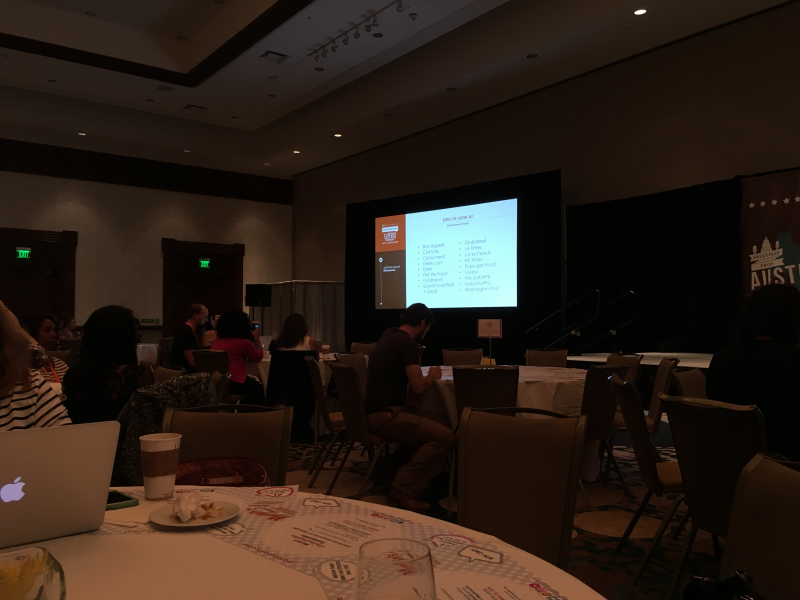 I listened diligently through the keynote plenary session instead of checking Facebook or my email.  There was a great speaker on creativity and another who spoke about the regulation of disclosures when working with brands.  The tone of monetization was apparent.  I was glad I decided to explore working with brands just for the hell of it – or else I would have nothing to do here. 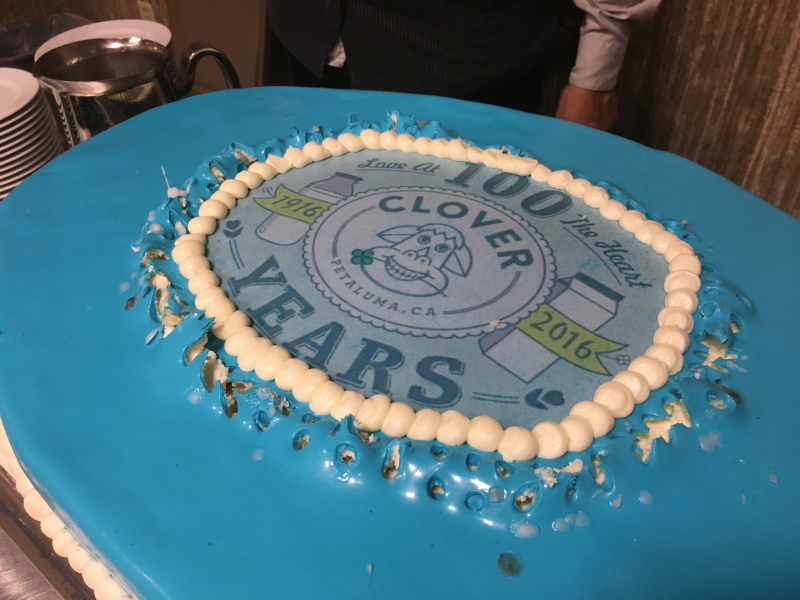 I got to celebrate the 100th birthday of Clover Dairy (the dairy to set the standard for animal friendly, organic, hormone free, small family farm produced dairy) as it announced it was going conventional and GMO-free.  How that is possible is a conversation not a blog post. 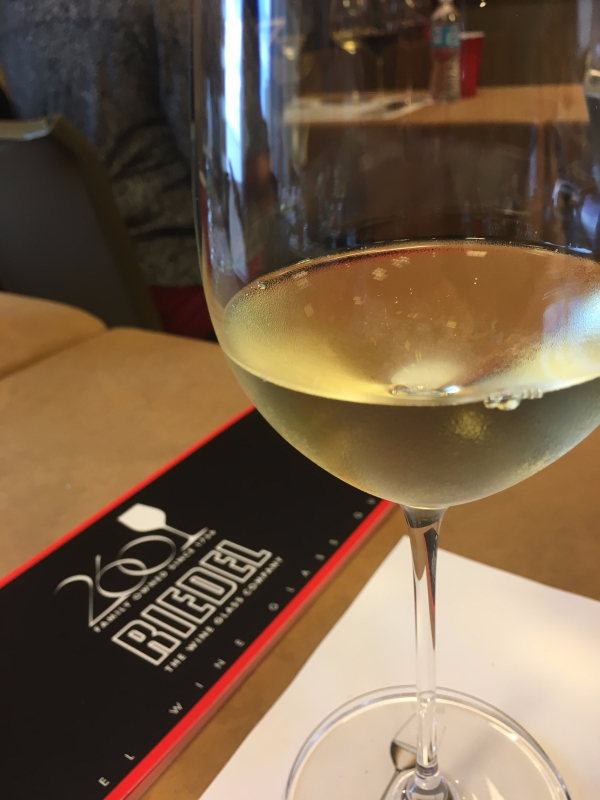 After lunch I got schooled on wine glasses by Riedel in their tasting- by simply changing the glass, I was able to taste a low-grade mass produced oaked chardonnay and actually liked it. If anyone would like to come over for a wine glass and wine tasting party, just let me know, as I am one of the converted. #riedel #blogherfood2016 #wineglassesmatter 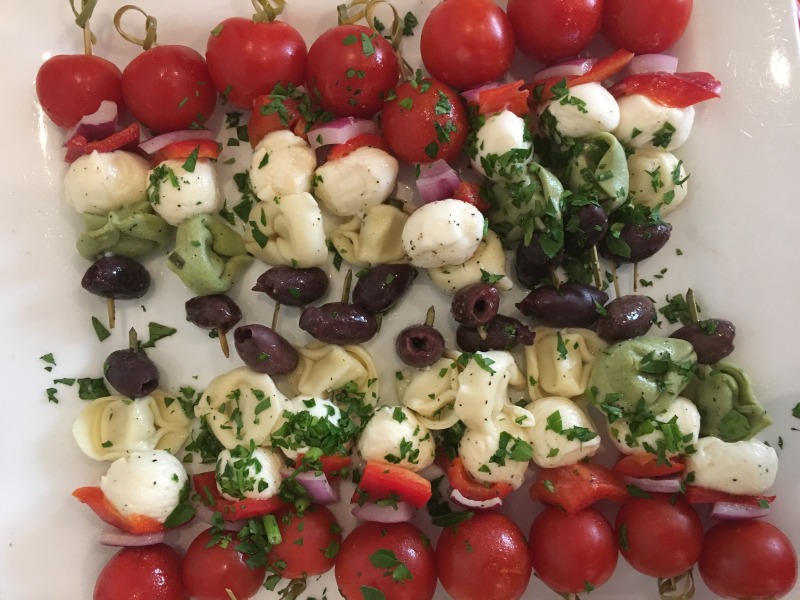 In the afternoon I learned how to teach a cooking class and then sat in on a demonstration/conversation with some folks who became accidental (not really overnight) food television celebrities. I learned that my current trajectory will not land me on television but that I can probably muster a cooking class in my home. It was time to enjoy a reception and make some friends. There were beverages to make that happen for some, or in my case I just opened my mouth and started telling stories. I found myself invited to join a group for dinner at Moonshine Cafe and Bar. 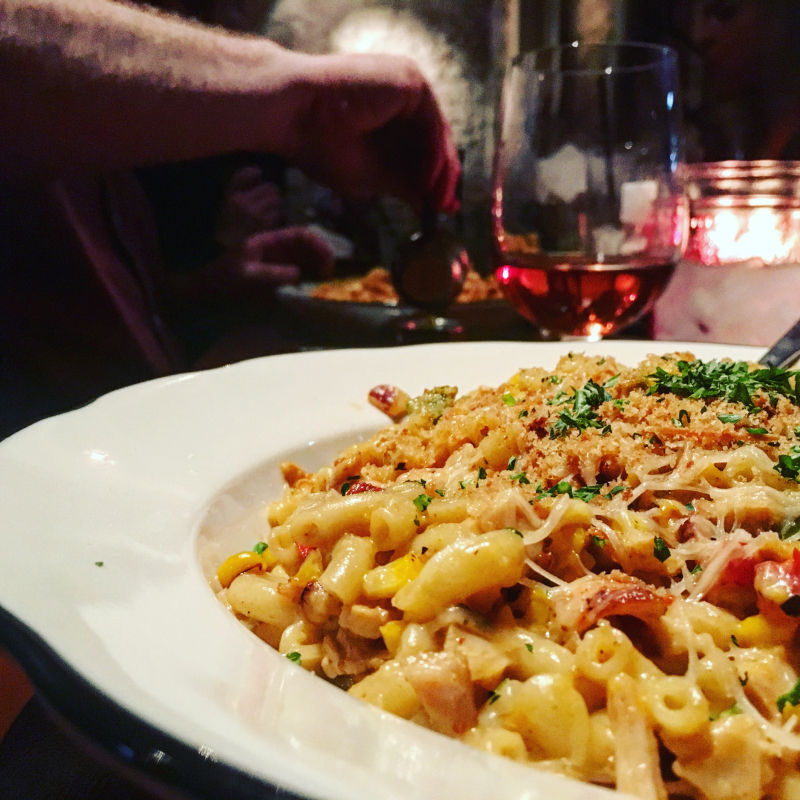 I decided to eat healthy and ordered the mac and cheese. It was really really good cheesy goodness. There was enough for three people in my bowl. I wanted to take it for breakfast the next day but my Airbnb's fridge was still under reconstruction. 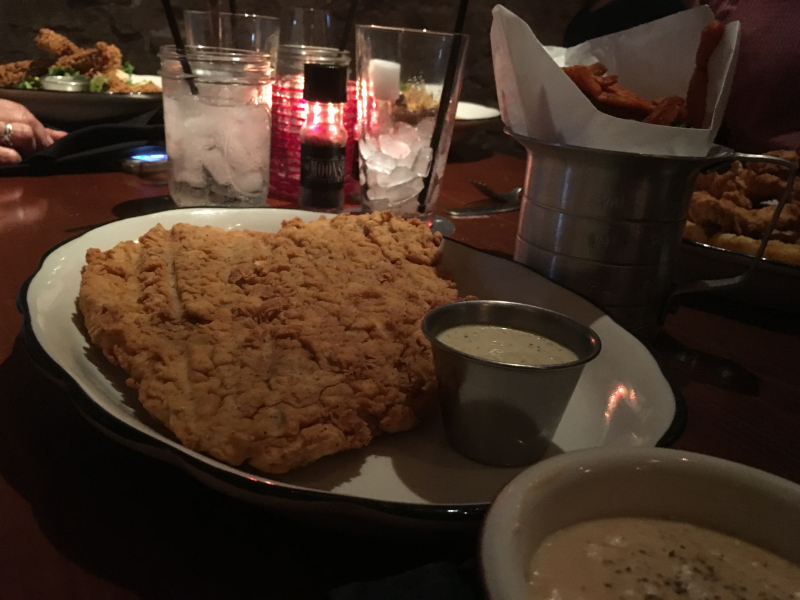 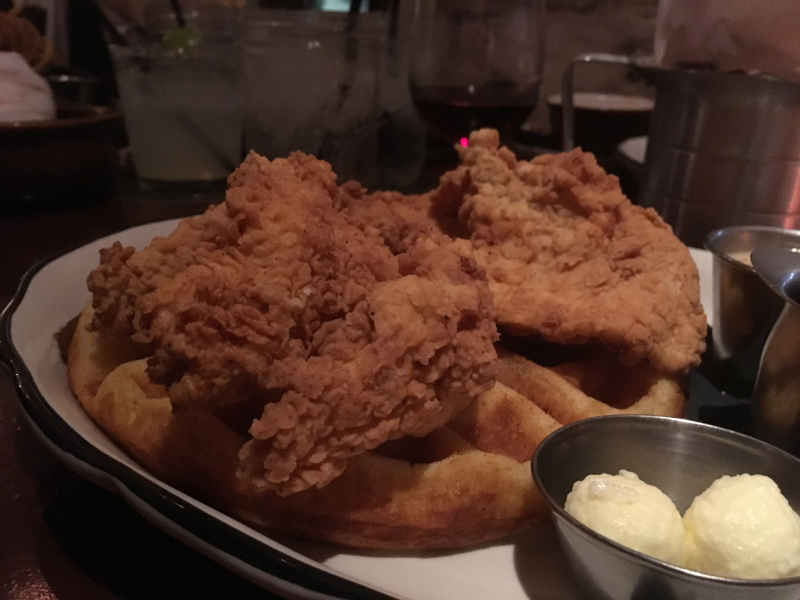 I abandoned ship – and they finished their food.  They did not judge me. It was all in good fun.  I still had to walk off my food when I went home leaving their joyful company so I went out to see what was happening in my neighborhood and 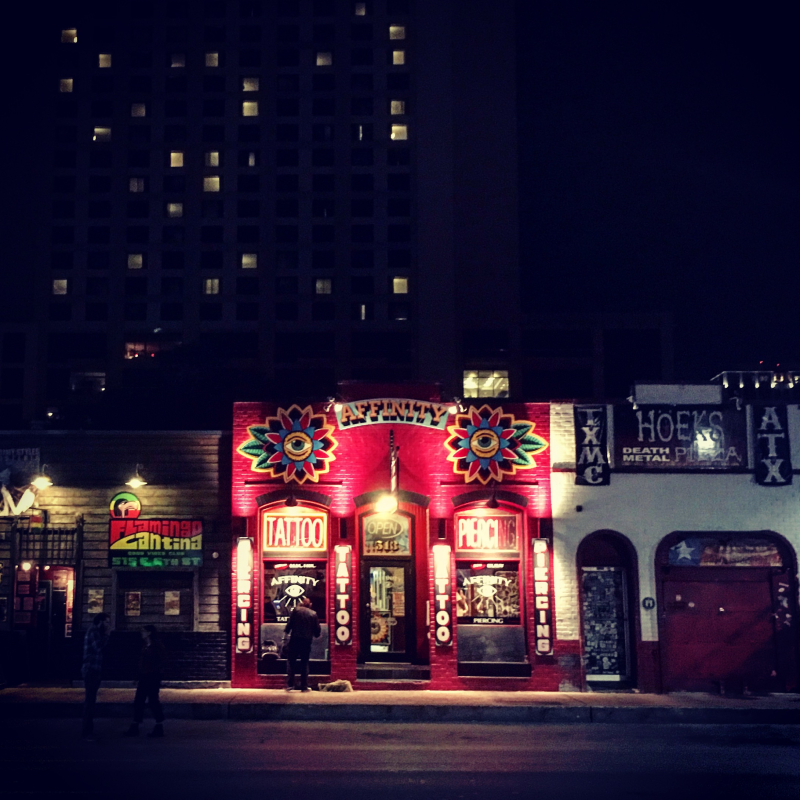 I found a comedy show starring a white rap duo. 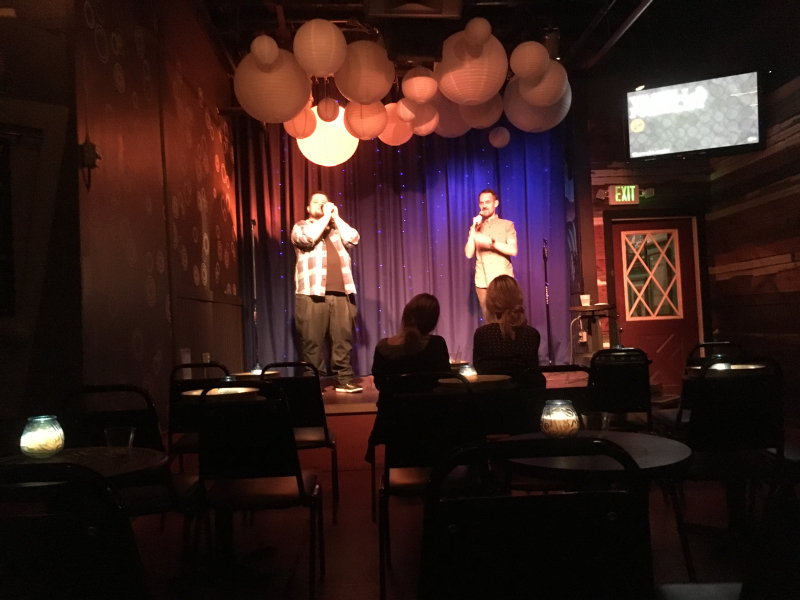 They were funny, but not Flight of the Concords funny, although I learned a lot about local Austin culture. I also ran into one of my roommates from the Airbnb.  After the show I went home to bed and he went into the chaos of 6th Street.