Many many moons ago in the late fall of 2015 I registered for the 2016 Blogher Food Conference in Austin, Texas.  Looking back on that time from my present it is like I was a completely different person. 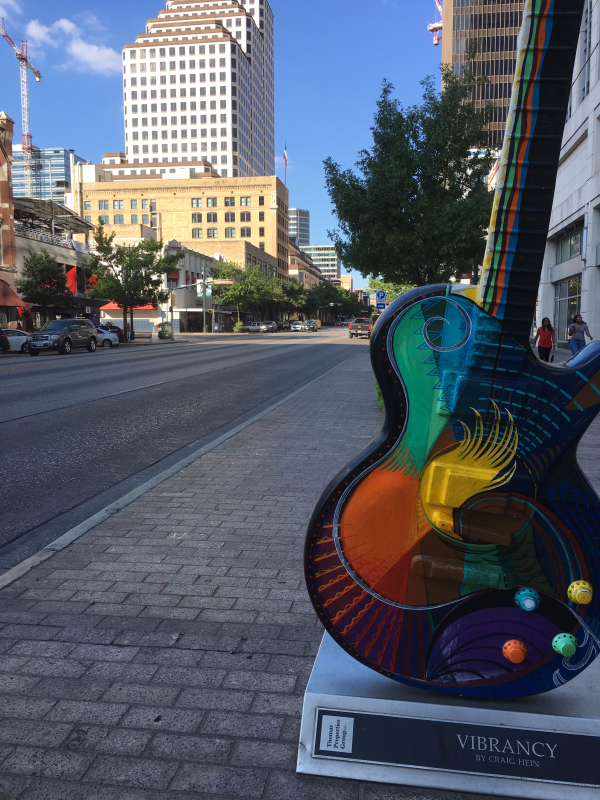 I thought the trip to Austin would be one of the few trips of 2016 – I was going to keep it domestic and just explore the South -I was quite wrong about that – unless you count Southeast Asia as part of the South. I also had no idea that 2016 would bring such sweeping changes to my life (moving to a new home, change in my day job,  two dog knee surgeries, the loss of and betrayal by my partner).  Either way, it was somewhat comforting to find myself somewhere I planned to be this year.

But by the time I actually got around to the logistics of planning the trip I was just barely in the place to book airplane tickets and find a place to stay.  As luck would have it, the Blogher Food Conference was the exact same weekend as the Austin City Limits Music Festival featuring Radiohead this year.  So no one was traveling to Austin at the same time as me – yeah right. 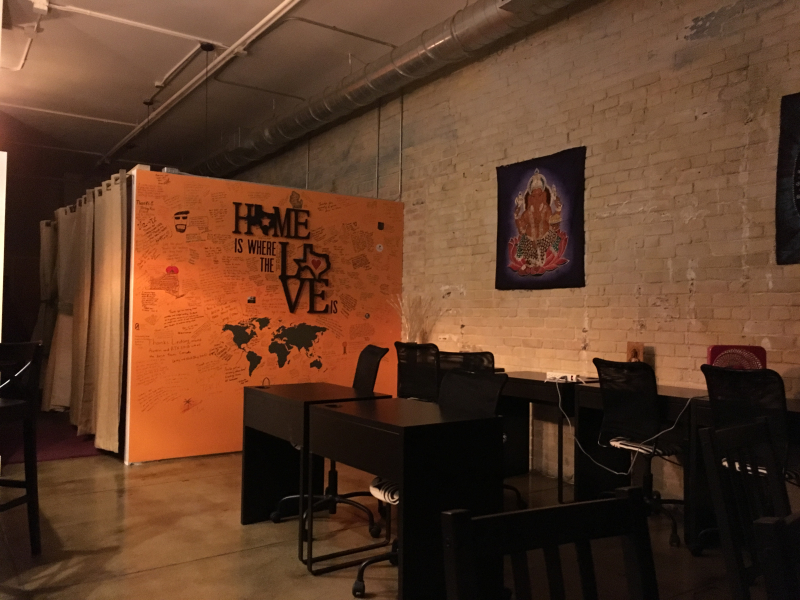 I was able to book a room at a place called Stay. Work. Play or SWAP (I don't know where they got the A) via Airbnb, for a very inexpensive rate just two blocks for the Austin Hilton where Blogher Food was being held.  It seemed like an amazingly great location and deal with the possibility for meeting people and interesting. Airbnb also somehow made a mistake in my favor and charged me $15 or so less per night than they were asking for the music festival weekend. 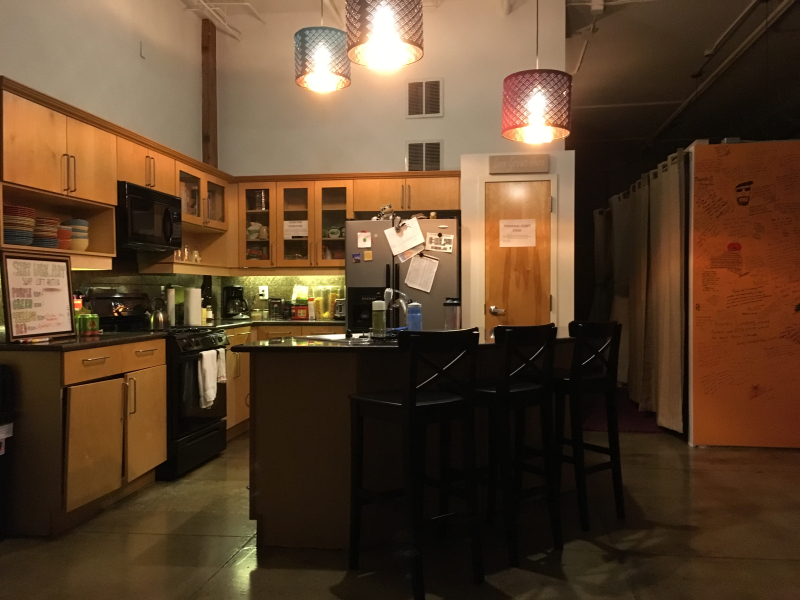 Lets just say that the lodging was definitely interesting, and I met some people, mostly on my first day, then it was just a revolving door of music festival goers.  But I was super jazzed to network and meet people – so I just went with the flow of seven paragraphs of confusing on how to pick-up my key at 1 am in the morning Wednesday night when my flight came in. Also my ride-share driver who picked me up from the airport was from Afghanistan and really amazing – we had a great dialogue and he was willing to stick with me until my keys were acquired and I was safely walking in the door of my Airbnb. He shared his story of running from the Taliban, staying in asylum in Turkey until he was able to come to Austin through a church group, and now – just a few years later -he was going to be able to apply for citizenship of this great place. "I love Austin and America." he told me. 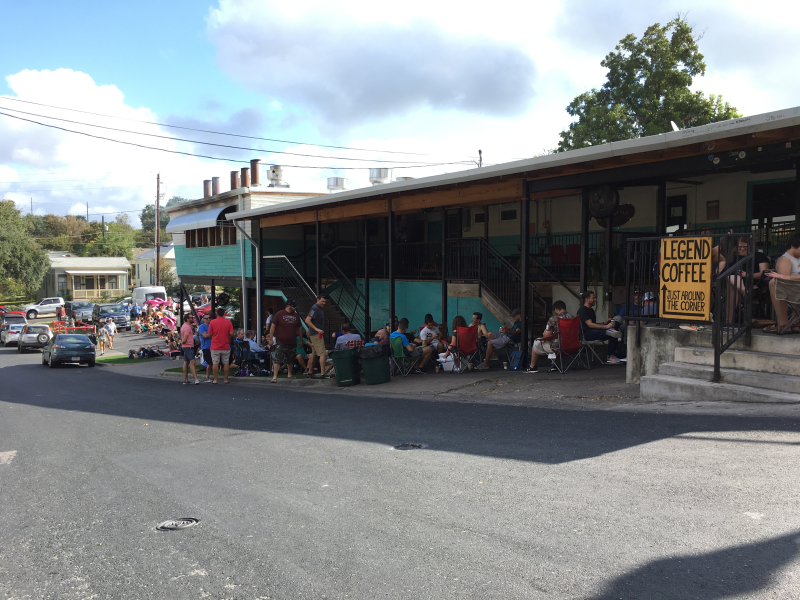 The next morning I got up and hit my head on the ceiling of my loft and shared room.  My roommate Ana, immediately introduced herself.  She was spunky and super enthusiastic about Austin, music, and sharing the space with me. After we climbed down the strange and precarious ladder to our room I showed her how to make coffee in the drip coffee pot (she only knew how to work a Keurig – so cute).  We determined that the three of us should attempt the Franklin BBQ line, even though we were a little late to the game and it was already 90 degrees out at 9:30am.  We called a ride-share, and as we pulled up to Franklin's he told us that there was no way in hell we were going to eat that day if we got in that line.  We were three hours too late. So he drove us to Coopers, the next best awesome Austin BBQ establishment, as far as he was concerned. 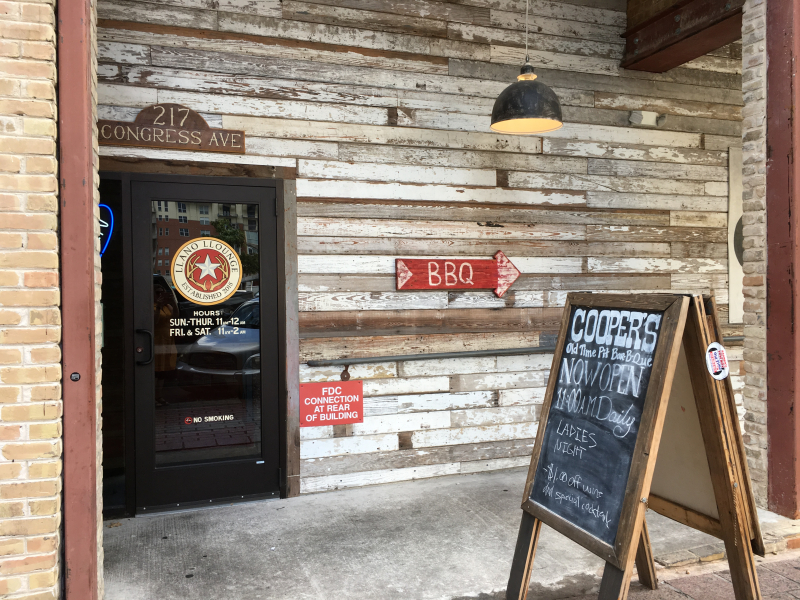 Coopers is a traditional pit BBQ joint of the Texas variety. They do not have the best brisket in the world – but who does besides Franklin? And I wouldn't know because I have never managed to eat there after two visits to Austin. 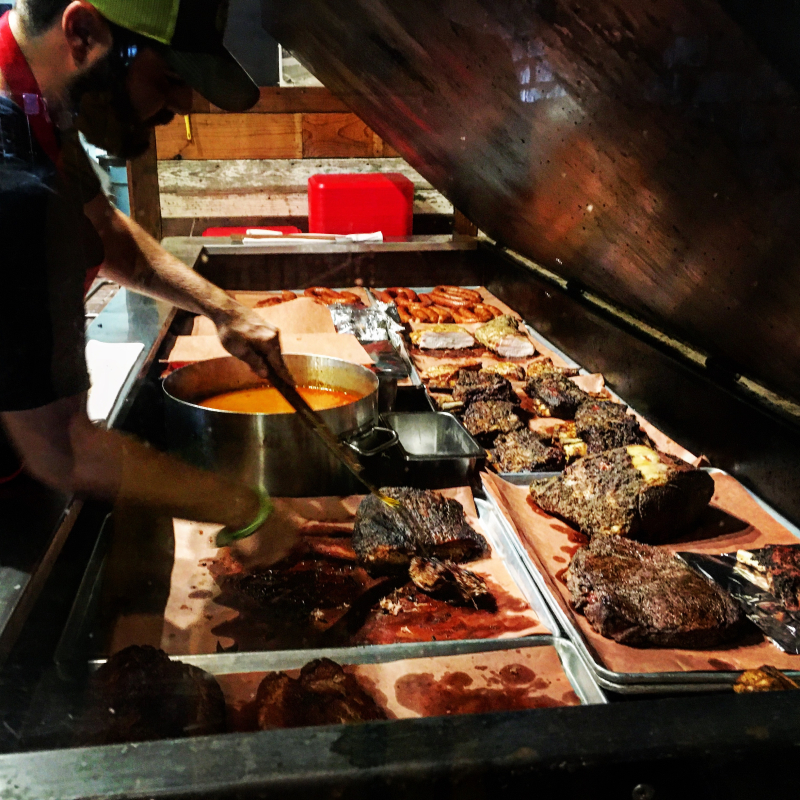 Coopers had large amounts of everything and it was all sold by the pound.  It was already 11am, but this was still breakfast, and I had lunch plans so I thought – I'll just get one single beef rib – how big can that be? 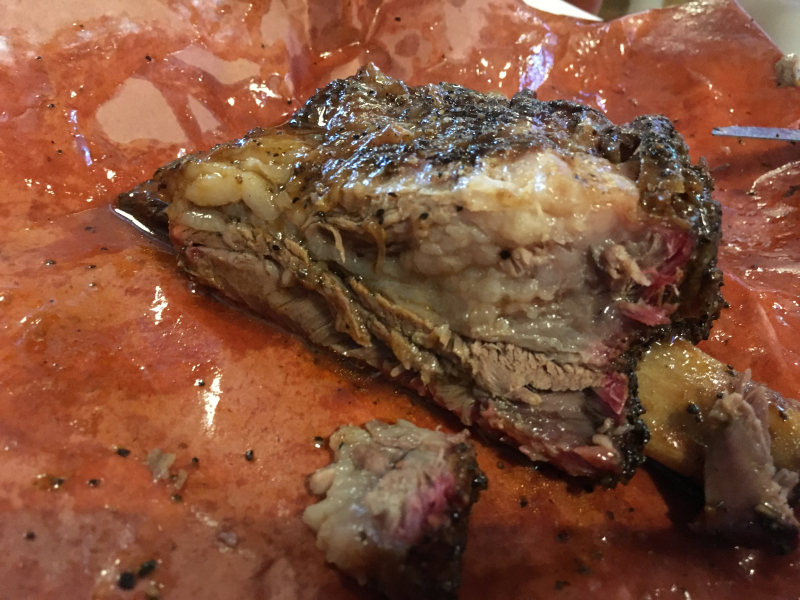 Quite big, actually.  It was so good though, dipped in the bright red sauce next to the butchers hands – it was crispy, juicy, savory smokey salty fatty delicious that melted in my mouth as a chewed. 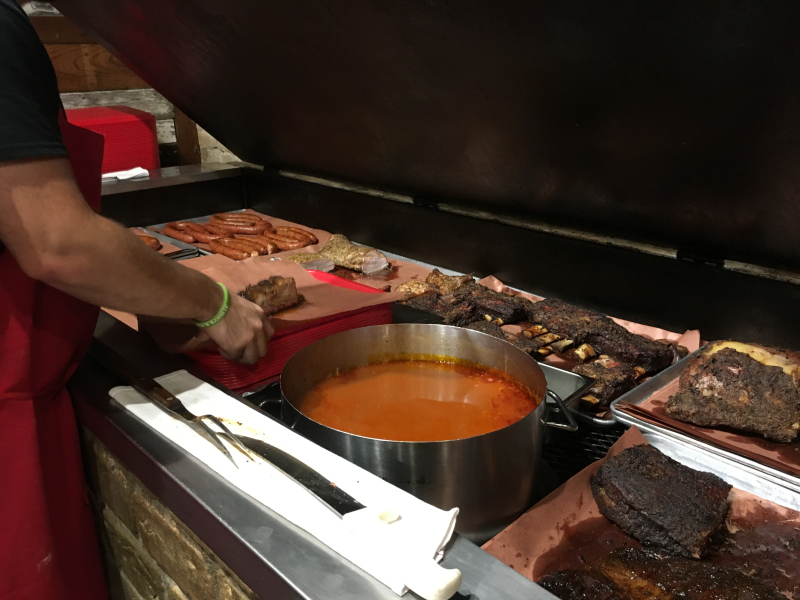 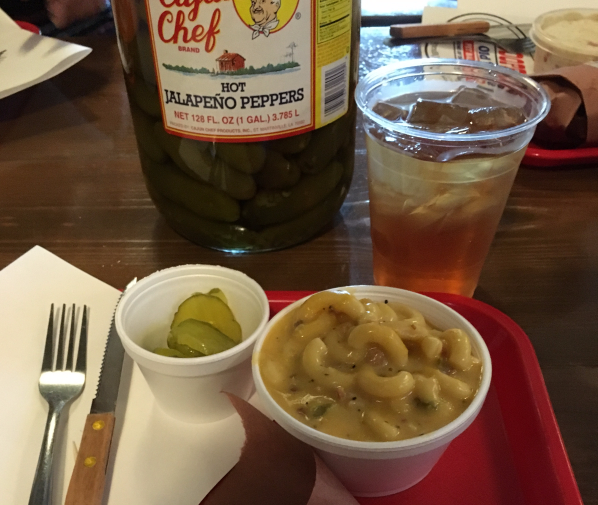 I managed to eat most of the beef rib, but I abandoned the mac and cheese to save room for lunch because it was just plain old mac and cheese incurring no mouth revelation when I tasted it. My colleagues ate there entire large plates of things including brisket and pork rib and got very full. 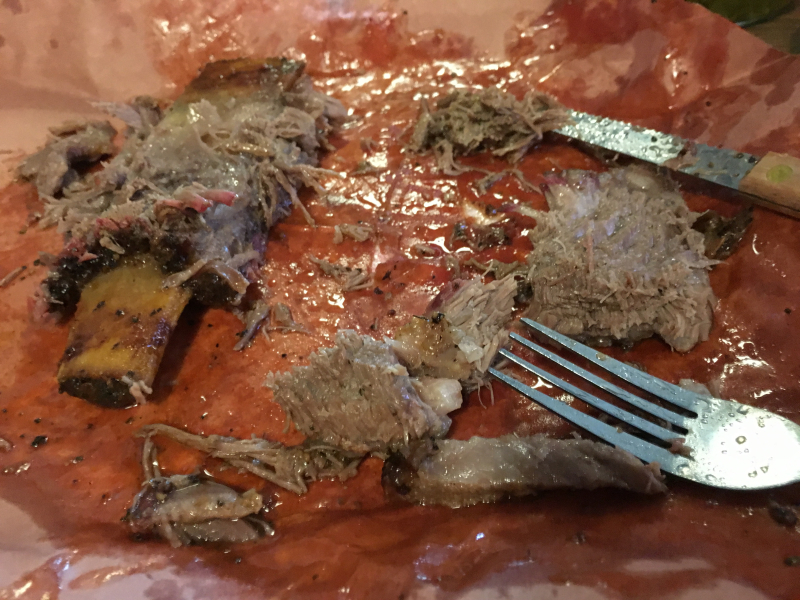 Walking off breakfast we found ourselves only a few blocks from our home. Proof again that the location of the loft was amazing, albeit just a bit strange. Our door is the unmarked one next to Once Bitten (a boutique) in the photo below. But it is all about keeping Austin weird right? so why not stay in a semi-legitimate shared work space/adult hostel in the center of downtown Austin?  Exactly.