On my final day visiting Natasha we took a lazy approach – slow breakfast, slow driving, slow take-in of some local history, slow rolling all the way back to the Tulsa airport.

Our breakfast was at a lovely place called the Depot where I enjoyed a breakfast salad and a crepe. The beginning of the end of my summer diet. 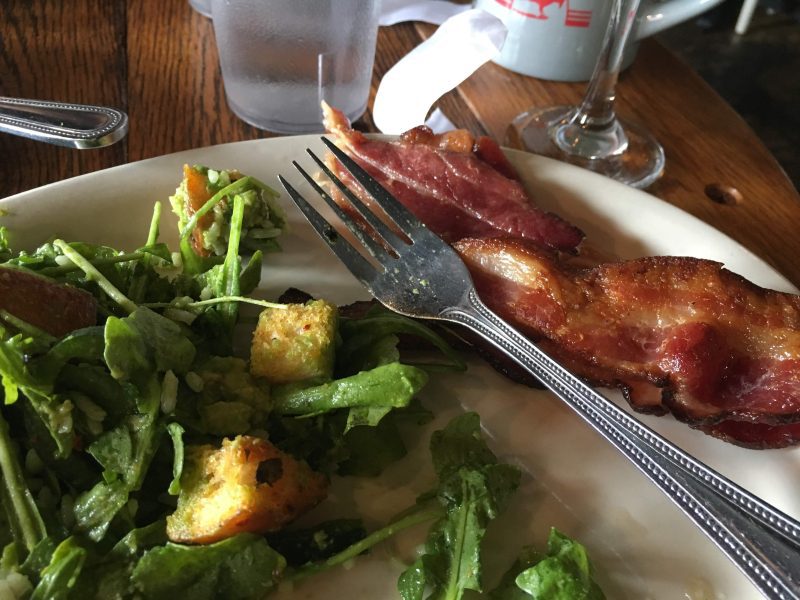 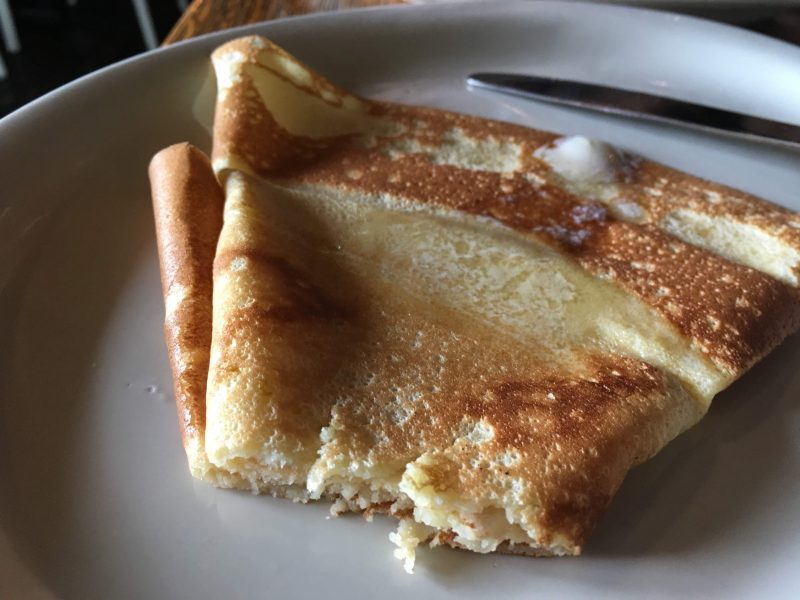 We got an extra side of bacon that we did not order, and then saw our barista from The Gypsy Cafe in Tulsa – all good signs for a good day of travel to come.

Before leaving Fayetteville to catch my flight in Tulsa we stopped at the Clinton House. The Clinton House is the first house Hillary Rodham and Bill Clinton lived in together, and the location of their wedding. They only actually lived there for about two years before moving on to bigger and better things thanks to Bill's political career, but because it is the site of their wedding it is a place of historical significance. Hillary didn't even take Bill's last name yet before they moved. 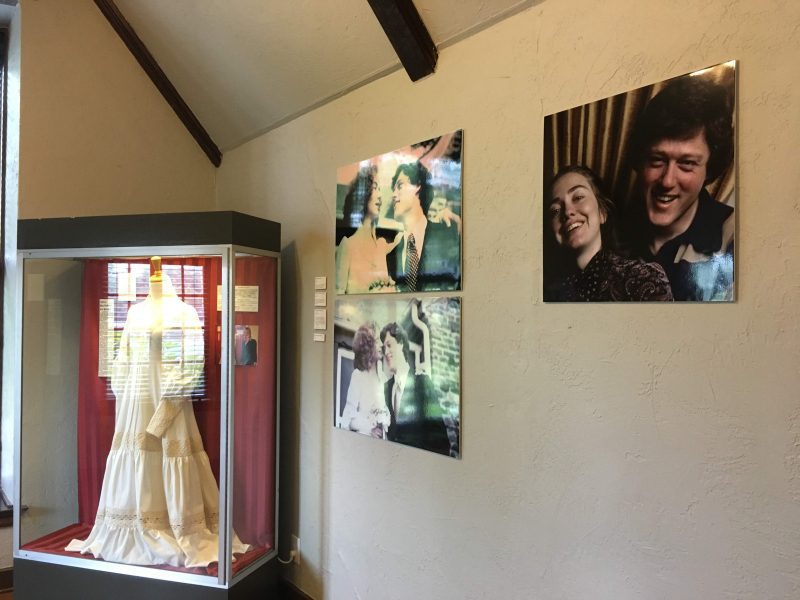 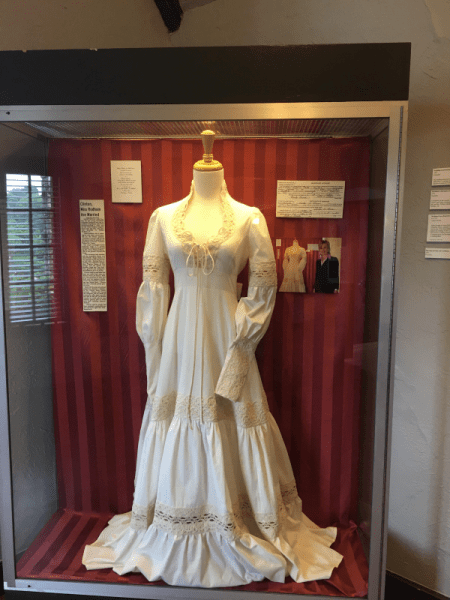 Entry to the house is free, and it comes with a guided tour where you learn many fun facts like Bill having to ask Hillary three times before she actually accepted his proposal for marriage. Hillary only taking Bill's last name after he gained then lost the Governor's race. As it was considered not socially acceptable for them to be married but her not to take his name. Also little things like they didn't have a professional photographer for their wedding and that it took place right where I was standing to take this picture of Hillary's dress. 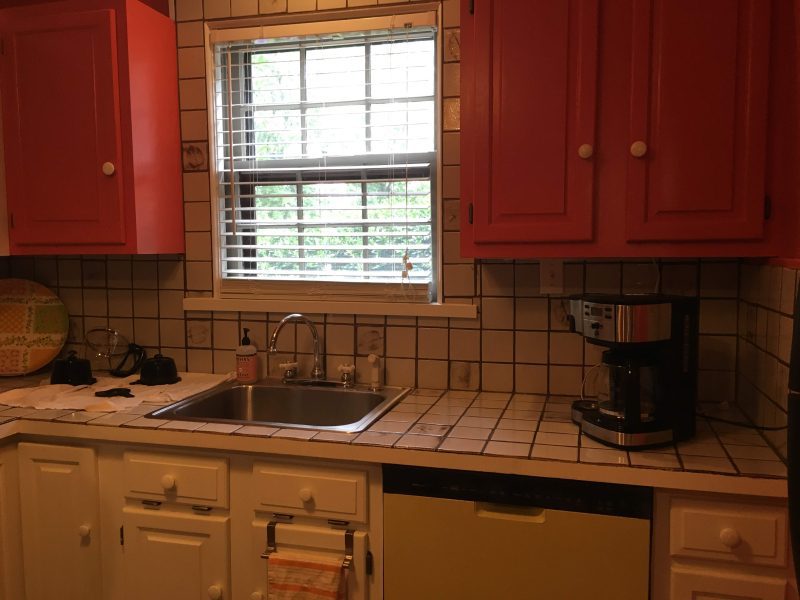 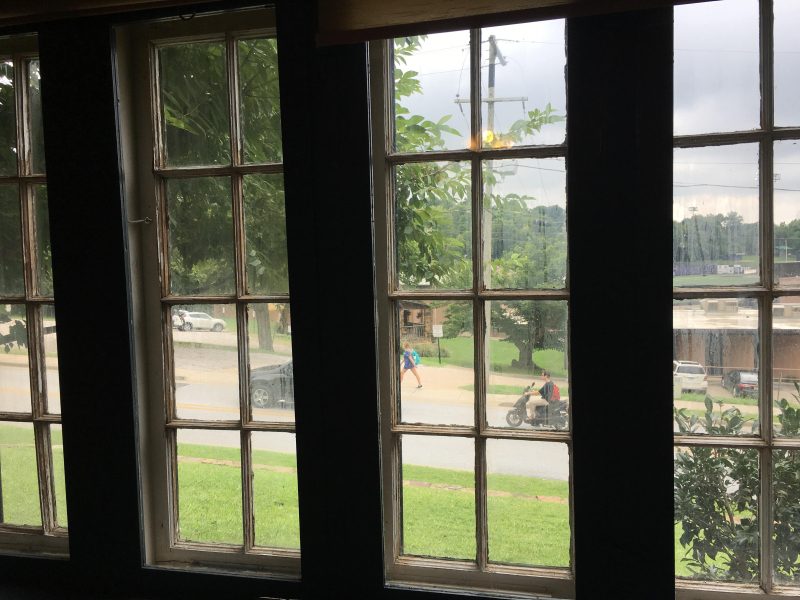 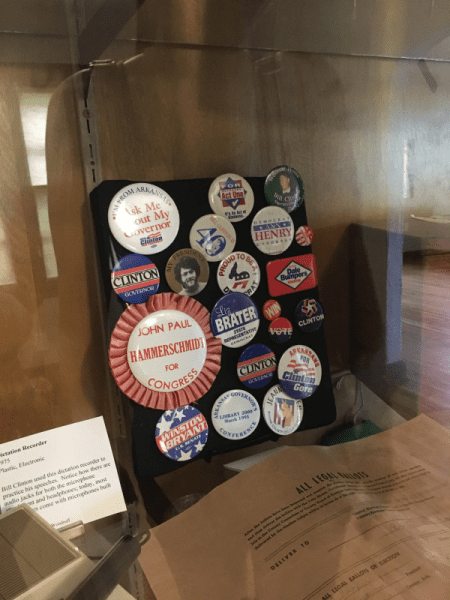 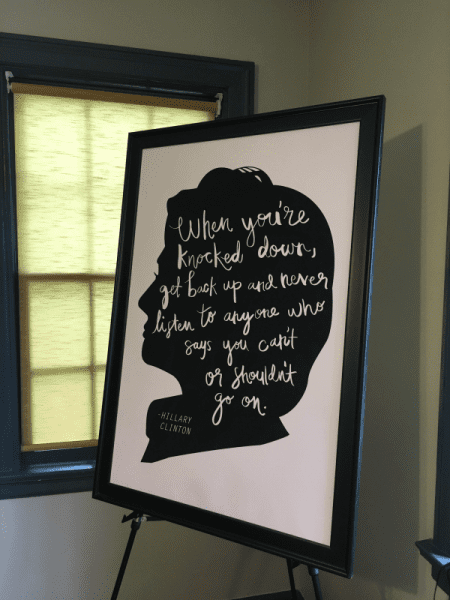 Despite the encouraging words on her silhouette above, you can't help but feel bad for Hillary – for all she went through for Bill Clinton because society required it. It is clear standing in this this house that being a "wife" was never exactly was she wanted – it was simply the role she chose to play, and the mask she had to wear the longest. And then when it was her turn to take the political lead, well, it didn't happen because we decided to elect a machismo idiot instead. 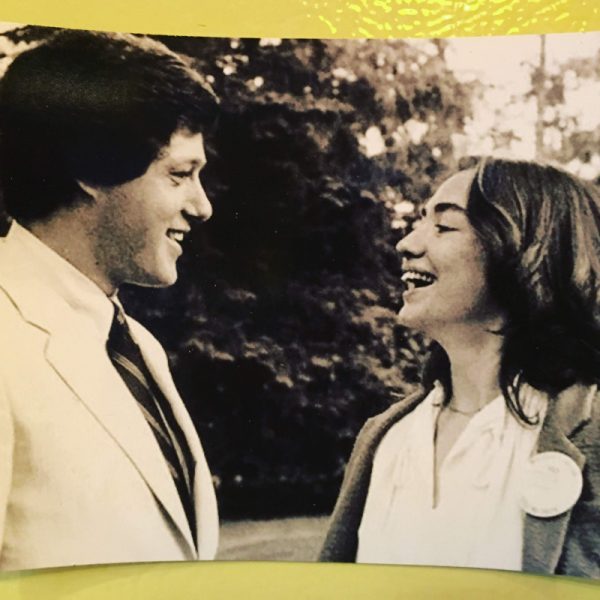 It is all US History now, sitting quietly in a tiny college town in Arkansas. 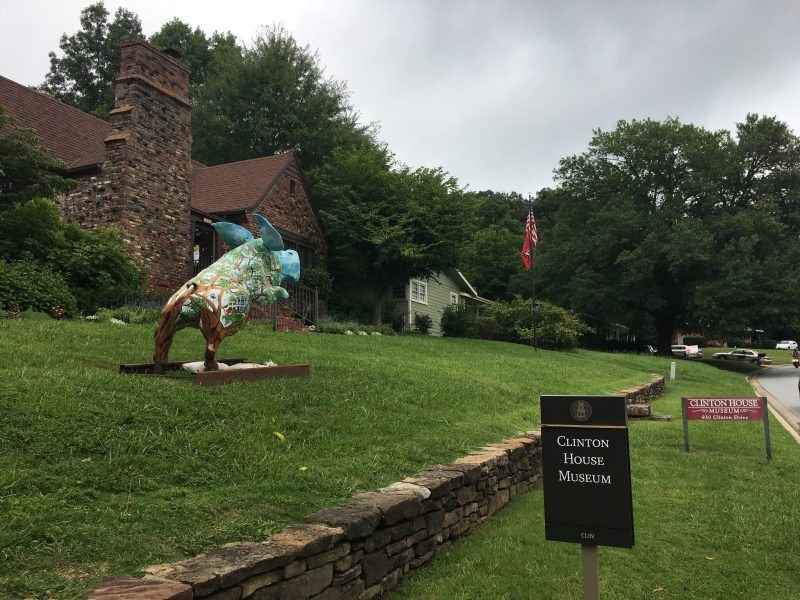 We stopped at one more place on the way out of town, right next to the post office where I mailed the cutest postcard with a picture of young Hillary and Bill on it to a friend with a note about how Arkansas actually has a lot more to do in it than drive thru liquor stores. The fellow at the post office read my postcard and looked at me funny. I was a little taken aback that he read it, good thing it was a positive message. 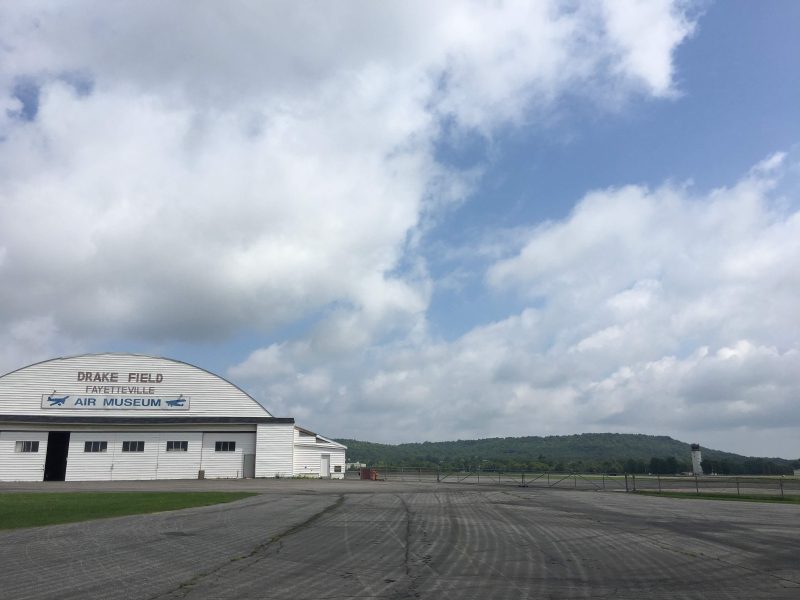 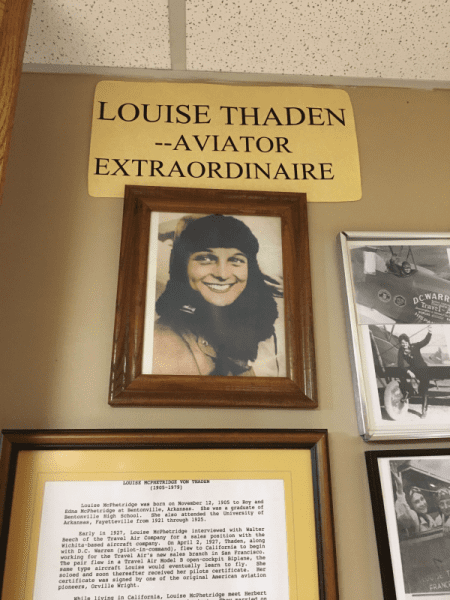 So it turns out there was another woman aviator, as talented, and a contemporary of Amelia Earhart (co-founder of an organization of women in flight along with Amelia actually), and she grew up in the area around Fayetteville and thus is remembered, along with many other women pilots in their Museum of Aviation. 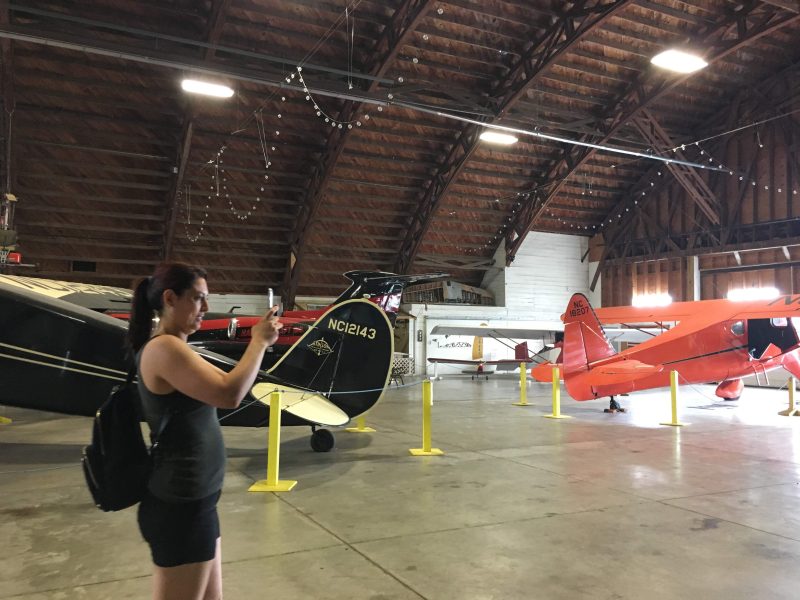 The museum isn't much besides an airplane hanger filled with some old airplanes from a private collection, but it does spend quite a bit of time on the role women played in flight as test pilots for the military in WWII and other times. 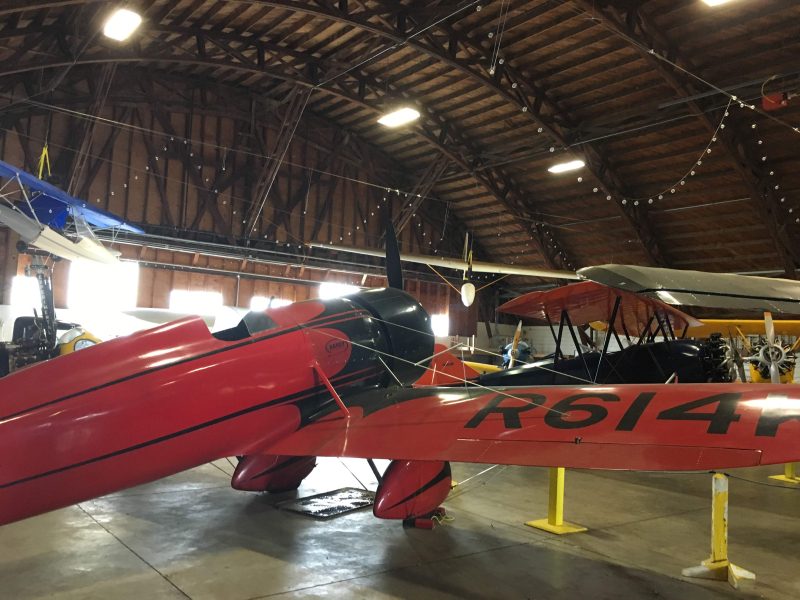 With that new bit of knowledge under our belt and other regional history we got in the car and headed for Tulsa. I spent a good chunk of the car riding looking for a place for us to have "lunch" around 2pm, that was interesting and open on a Monday.  Pickings were slim, and when we arrived in downtown Tulsa it was as much of a ghost town on a Monday as it had been on a Friday. 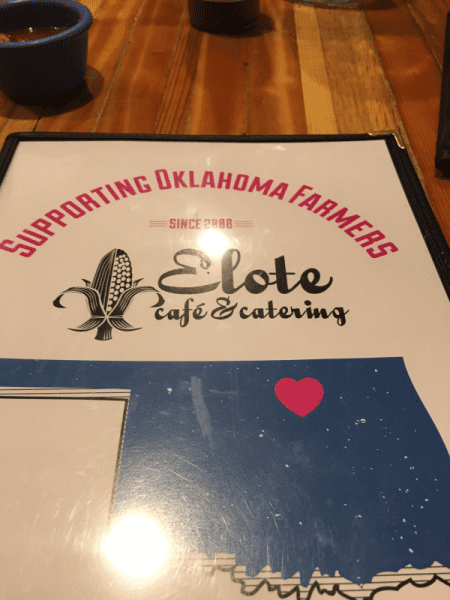 We found a farm-to-table taco restaurant to eat at that was known, not only for their local ingredients, but their contribution to the revitalization of the downtown cooridor through the hosting of traditional Mexican wrestling, Luchas Libres, events. I didn't take a picture but there was a giant luchador hanging from the ceiling. 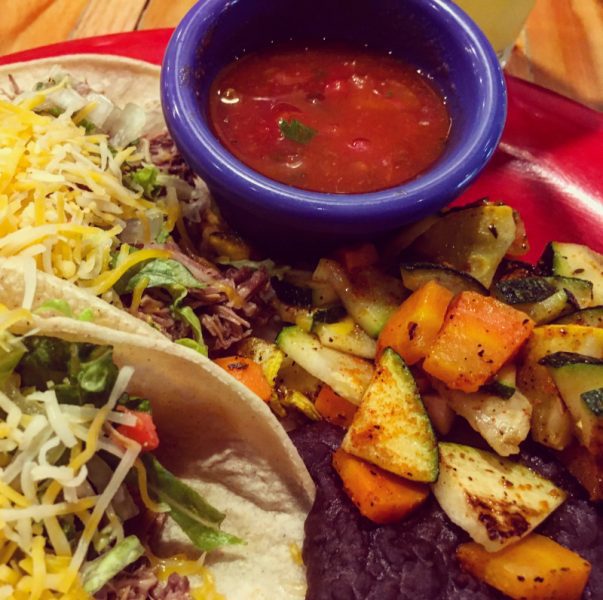 The tacos were great and came with sides of vegetables and black beans. We spoke with the one employee about the lack of people in downtown – she agreed that downtown Tulsa isn't very populous. 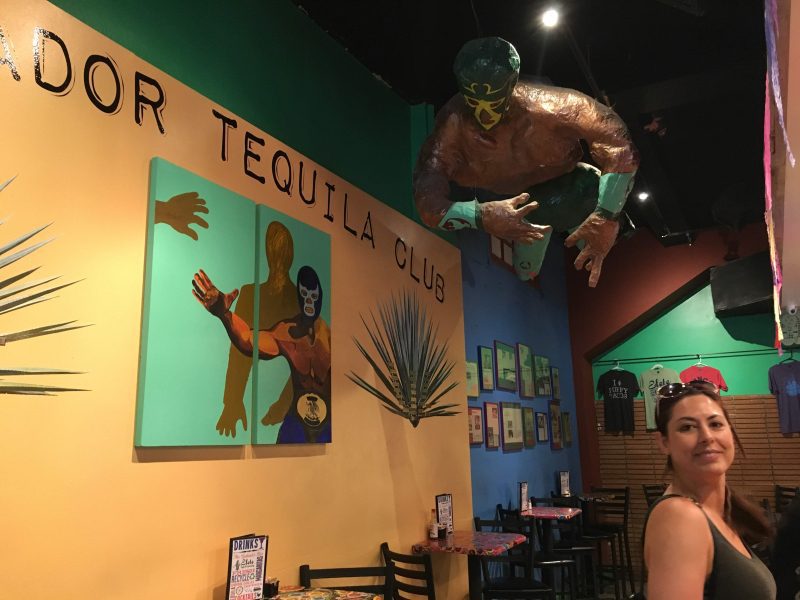 And with that, my short visit to Oklahoma and Arkansas with Natasha was over. It was definitely an adventure and a great visit with a friend.