On Tuesday morning we packed up at the timeshare and hit the road to head to Jerome, an old mining town now known for its ghosts, art shops and tasting rooms.  Our greater Arizona exploration adventure had just begun. On the road from the Phoenix area to Jerome we passed multiple geographies, 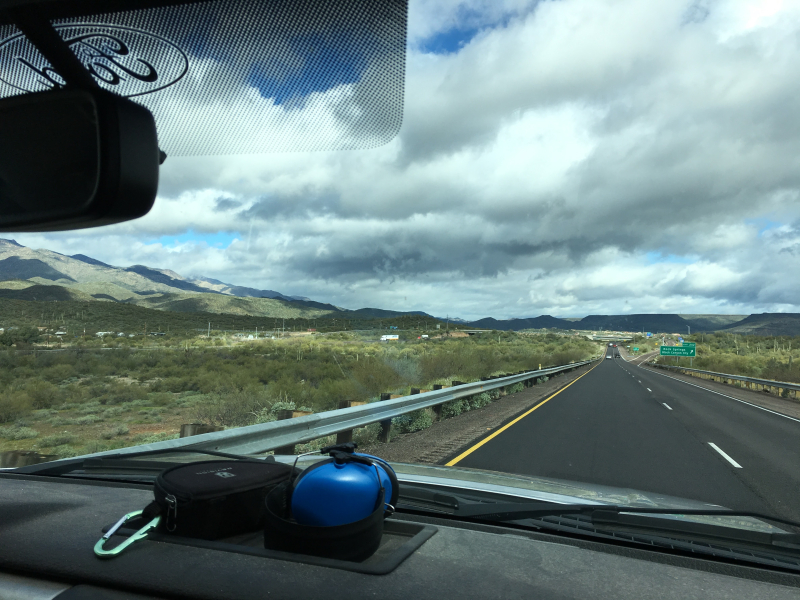 a flash flood at New River and the World's Largest statue of Kokopelli. 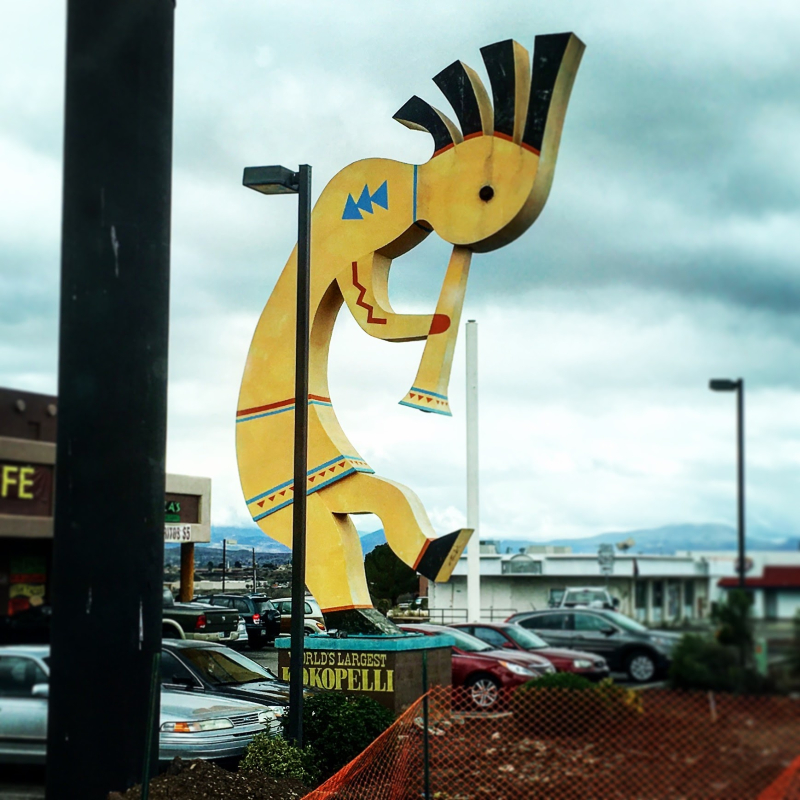 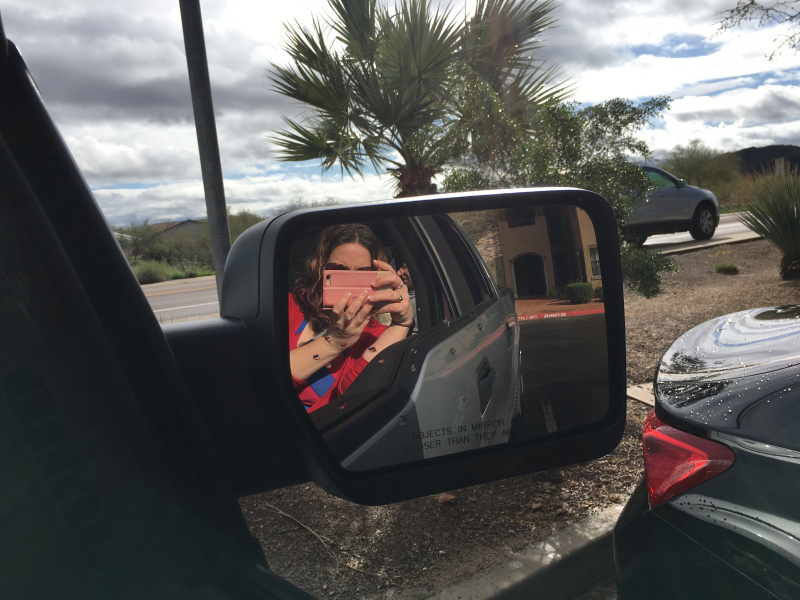 When we made it to Jerome about an hour or so later we headed right for Caduceus Cellars, and Arizona winery started by the lead singer of Tool. 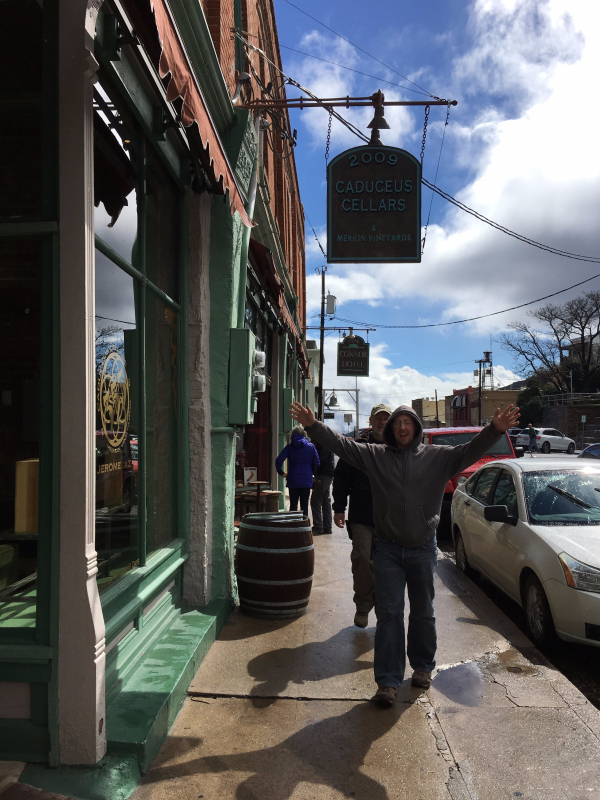 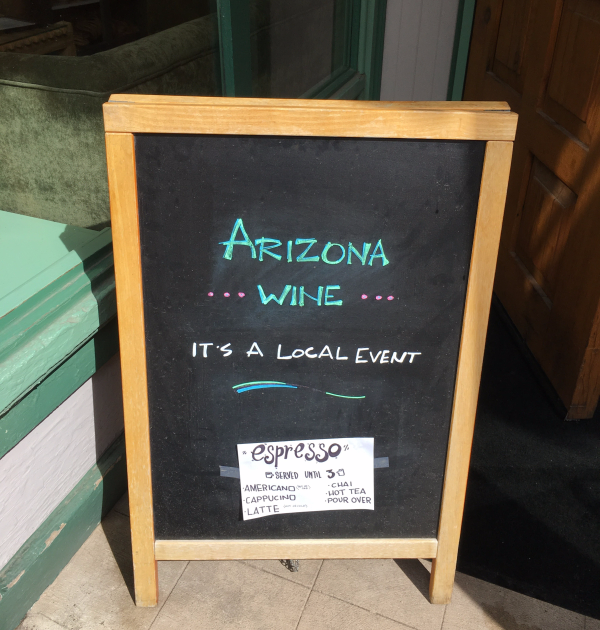 Arizona's geography is actually quite great to grow wine – it is no Napa or even Eastern Washington, but every wine making region is its own thing with its own culture. Like these strange wine flight tasting menus. "Would you like white, pink or red?" said the guy behind the counter who looked suspiciously a lot like the guy from Tool. "Can I have all of them?" I responded. Shock and awe all around. 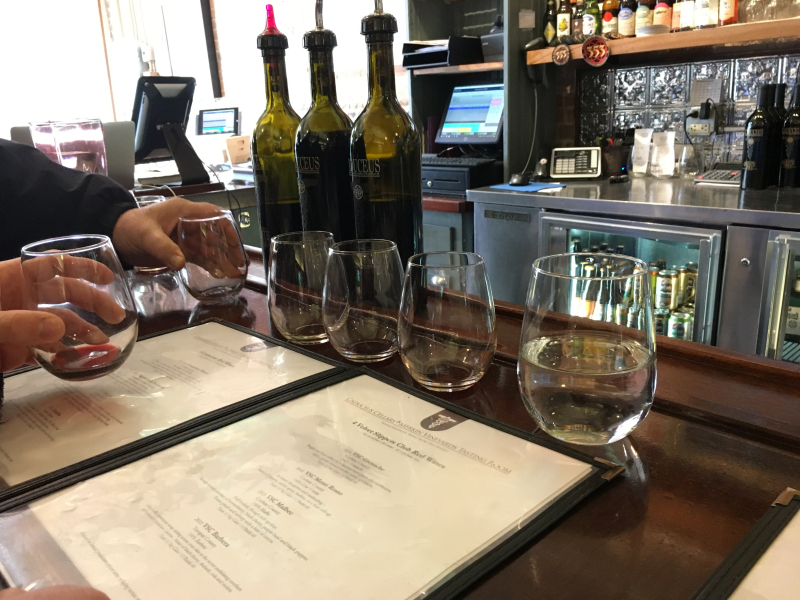 In Arizona wine making is looked upon as a great means of agritourism bringing people to tasting rooms and thus supporting the hotels and restaurants in those areas. Take for example, Jerome, Arizona. It is considered the largest ghost town in the United States based on the fact that it is an abandoned mining town. 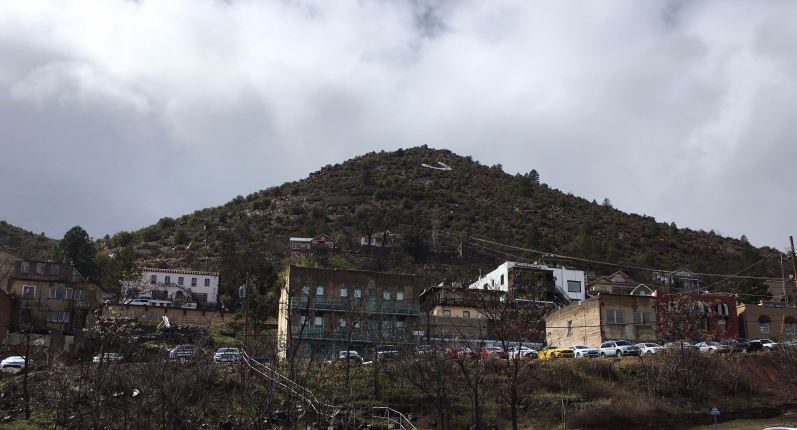 It was once home to over 15,000 people and the site of one of the most productive copper mines in the world.  The last mine closed in 1953 and by 1955 the population was less than 100 persons. Today, no one goes to Jerome except to shop at the art shops, taste wine, take in the historical sites and if they are lucky enough stay overnight in the Jerome Grand Hotel which is allegedly haunted. 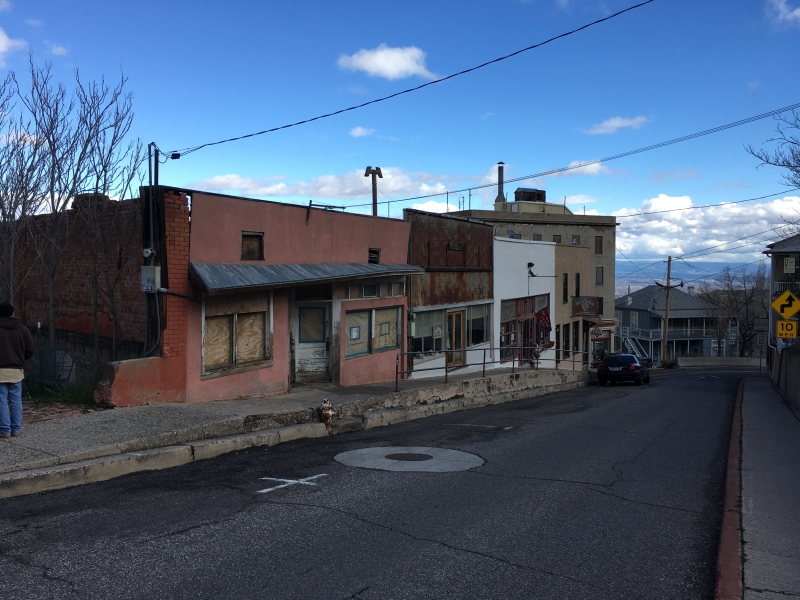 Current Jerome features multiple wineries, an Art Walk the first Saturday of the month, and a Ghostwalk by the Jerome Historical Society among other things to keep people coming and visiting its historical sites.  Luckily, the Jerome Historical Society  was founded in 1953 and recognized (not like there were a lot of other options) that the preservation of its historical-ness would be important to the future of its town. 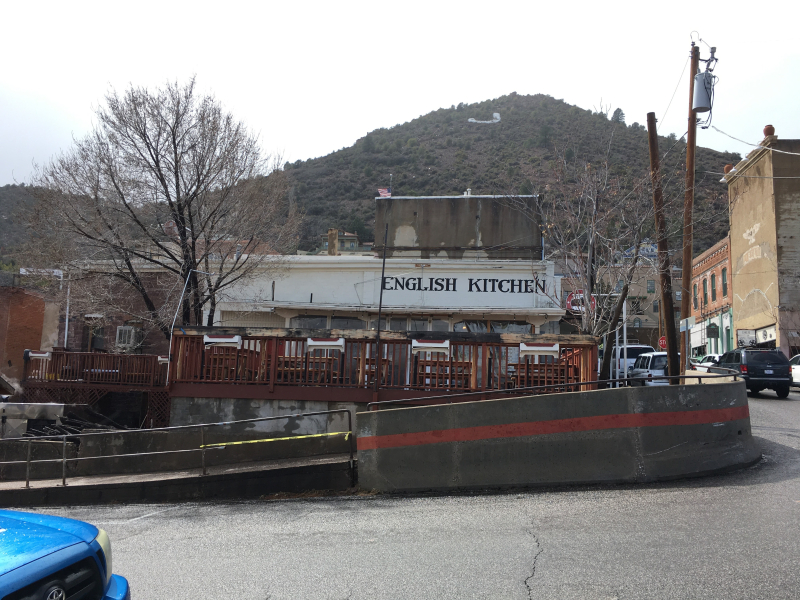 We enjoyed the wine and the sites and some lunch at the restaurant labeled "English Food" that was BBQ – which I guess is English food, its definitely American, I wonder where and when that signage came from. 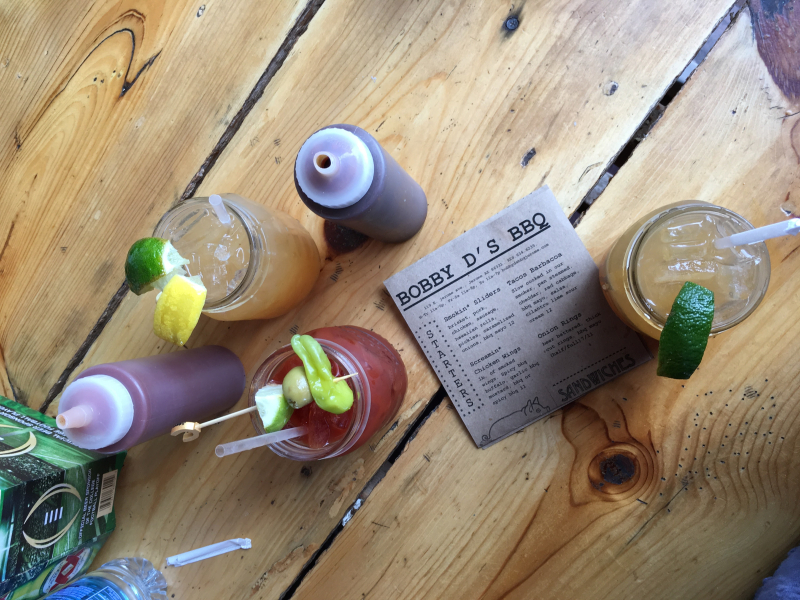 I worked on some new photo styling options with our lunch and drinks. I went with the smoked chicken wings with spicy BBQ sauce, a salad, and a half order of onion rings to share with the table. 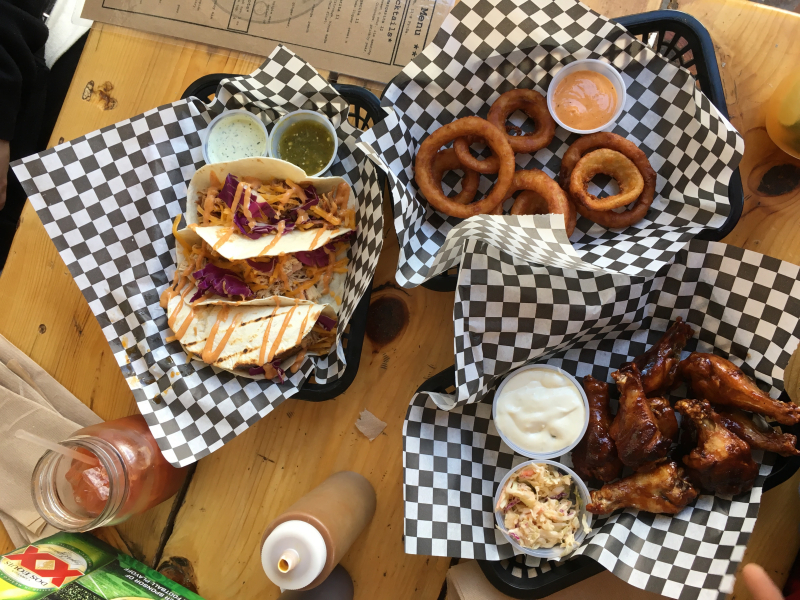 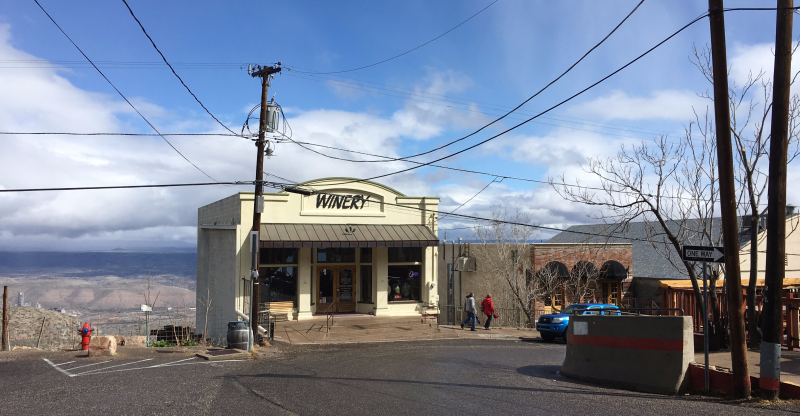 After lunch we did some more wine tasting at Bitter Creek Winery because they have the best view in all of Jerome. It overlooks the old Daisy Mine and the Red Rock mountains of Sedona in the distance. Then we did a little more wandering to take in some of the historic sites before we headed to our Airbnb in Cottonwood. 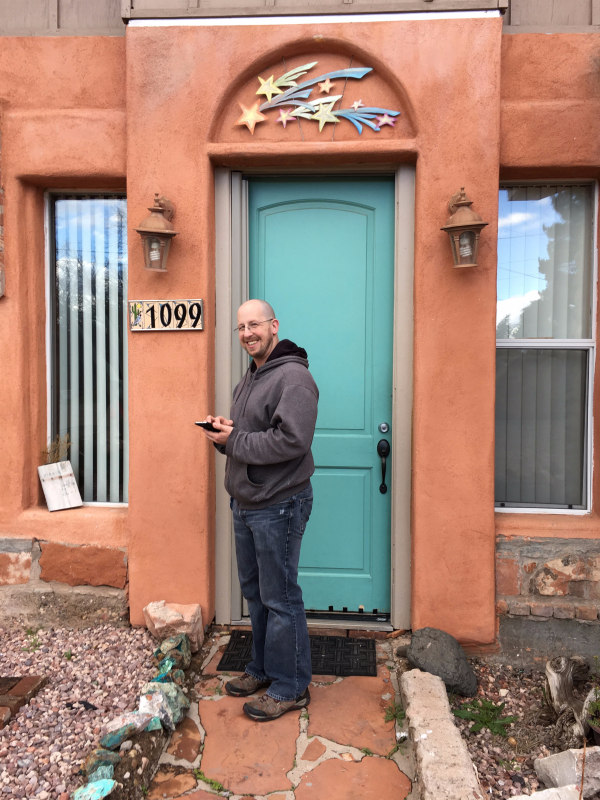 When we got to our Airbnb our host was not there yet but we got to meet Peter the Peacock and her cat. 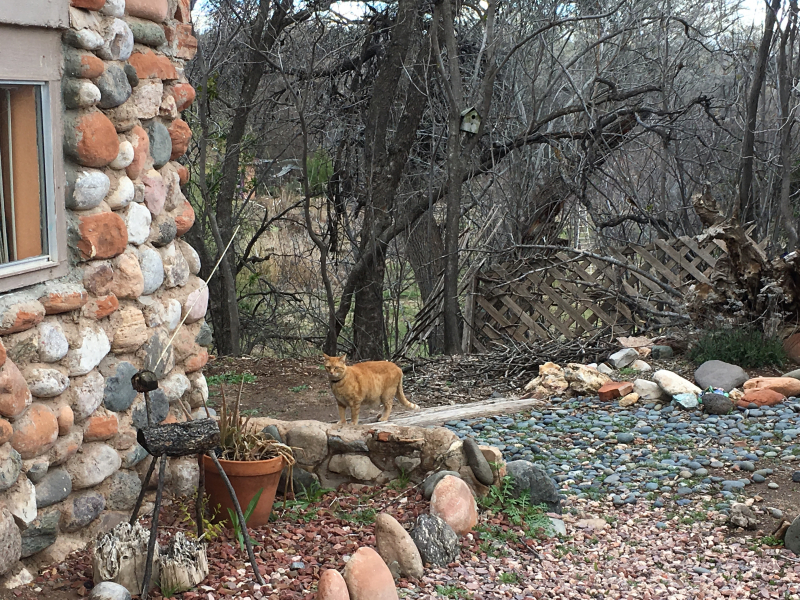 Peter, the last of his brethren, we found out later, was the last of his tribe who failed to successfully cross the road. Peter was apparently the smartest or luckiest of the lot, but he managed to cross the road and find our host Shell, where he stayed never crossing the road again. We shall not ask why there was a flock of peafowl running wild in Cottonwood, Arizona, attempting to cross the road and failing. It could not be the Out of Africa zoo just down the road, or some bored farmer raising exotic pets.  All we know is Peter, who answers to his name and poses for photos. As our host did not immediately appear we parked the truck and took a walk to Cottonwood, just down the street. We found more wine tasting, as we were on the Arizona wine trail. 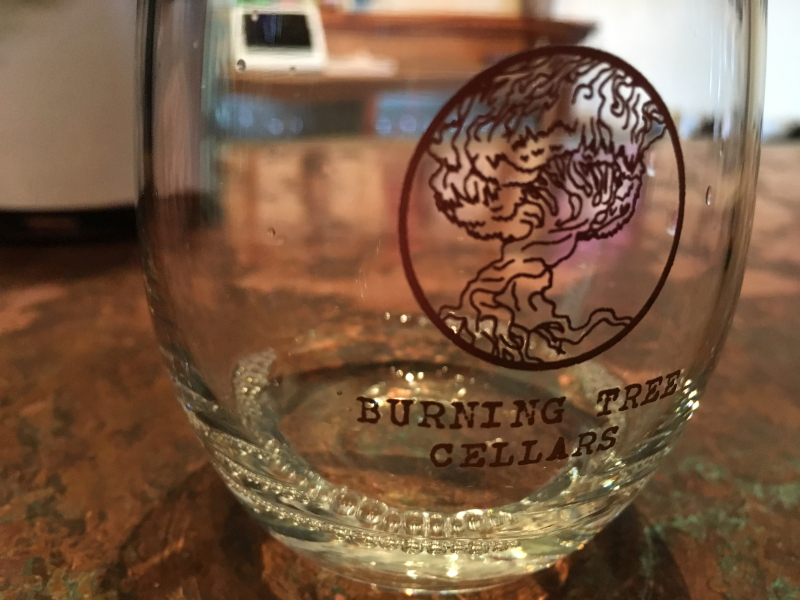 We enjoyed the wines of Burning Tree Cellars then wandered down to Merkin Vineyards – the sister winery of Caduceus (also owned by the Tool guy), and lavender cheddar. The lavender cheddar was so good I had a religious experience tasting it. 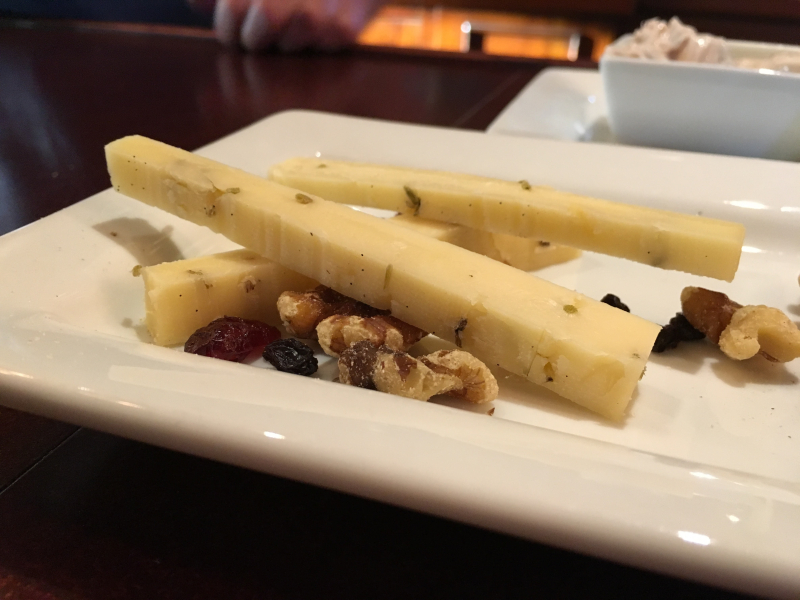 Then we talked about the name of the winery/vineyard – a pubic hair t0upee – WTF? Our tasting guide was just happy one of us got the reference. 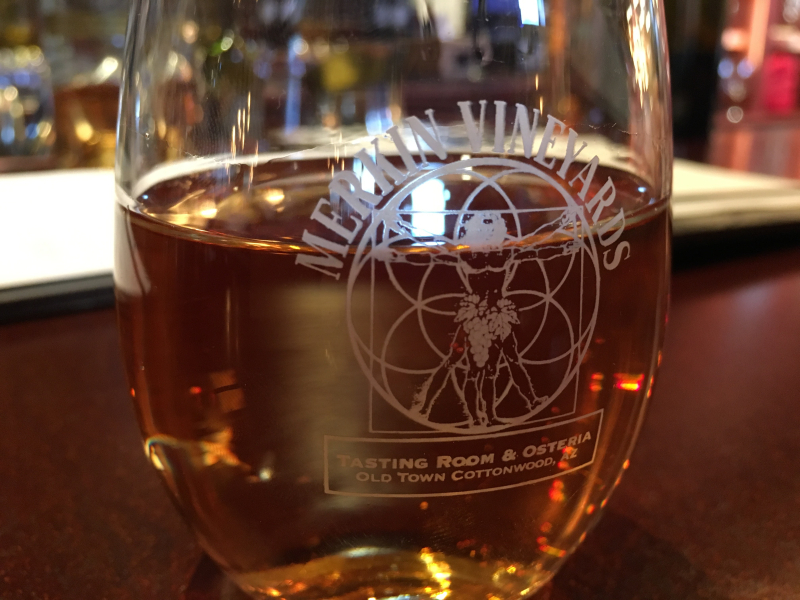 It was time to go back to meet our Airbnb host and have the dinner she was preparing. We joked and called it the magical mystery meal because no one really knew what we were getting, we just knew that her food reviews on Airbnb were phenomenal. 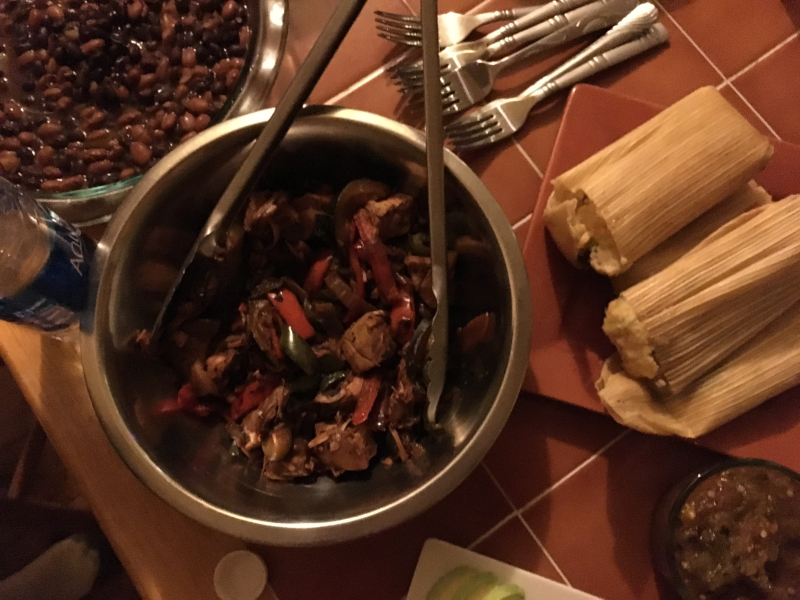 Well, Shell and her food were phenomenal. Home cooked Southwest cuisine was presented with all of the organic and yummy options making a weary crowd seeking greens and ruffage extremely happy. We finished our day with a slow moving educational cards up on the table game of Pinochle. Many of us were initially frustrated but we eventually figured out mostly how to play the game with very little skill or strategy. It seemed appropriate to learn such a almost lost game after a day of visiting old places with new faces.  Tomorrow held Sedona, the face of the new age, epicenter of "spiritual energy vortexes" and all that might come with that – along with a Pink Jeep tour of the Red Rocks. Not a dull moment on this vacation to be had.