To my annoyance my normal Monday alarm went off this morning. After turning it off and going back to bed, less than two minutes later I got a text from my friends telling me it was time for breakfast. It is rare that someone else is more excited to live out vacation than I am. I appreciate these moments in life. 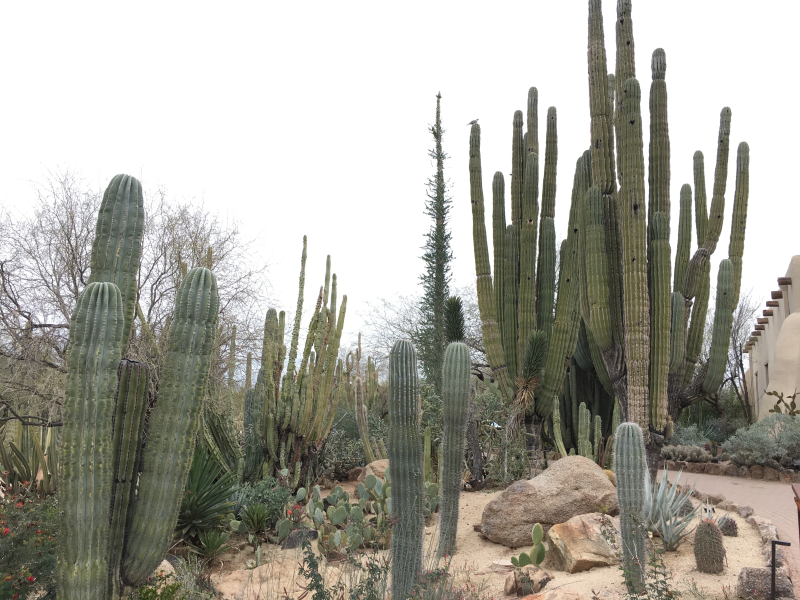 It was our first completely full day, without an airplane ride, in the Phoenix area.  What to do? I voted Desert Botanical Garden, because cacti. All of the cacti that we could possibly learn about and look at up close, were right there waiting for us. 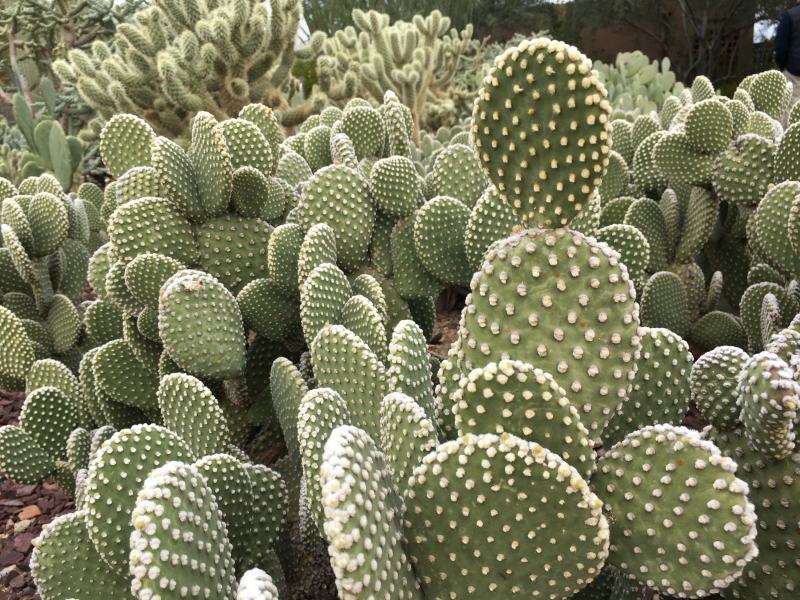 Being from Northern Minnesota and the Pacific Northwest a cactus is a strange a prickly thing you only see in movies, cartoons and through car windows on your way to somewhere else. 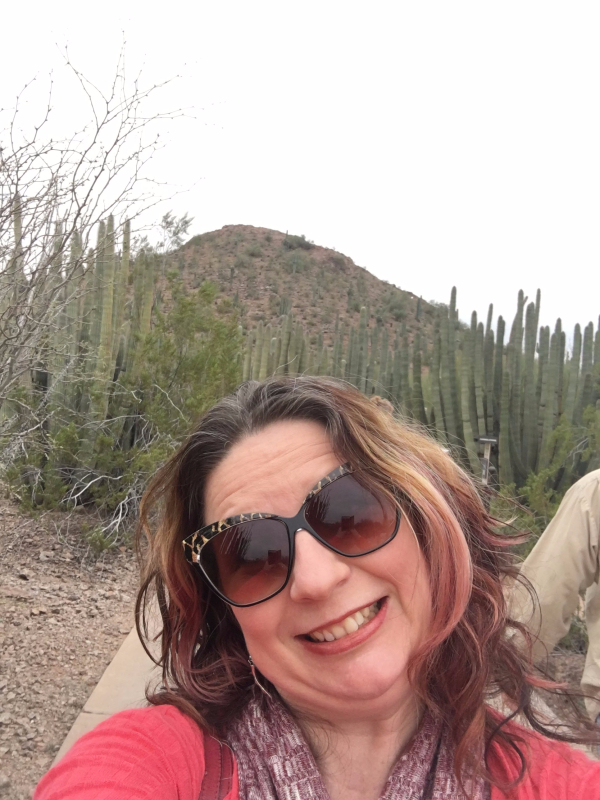 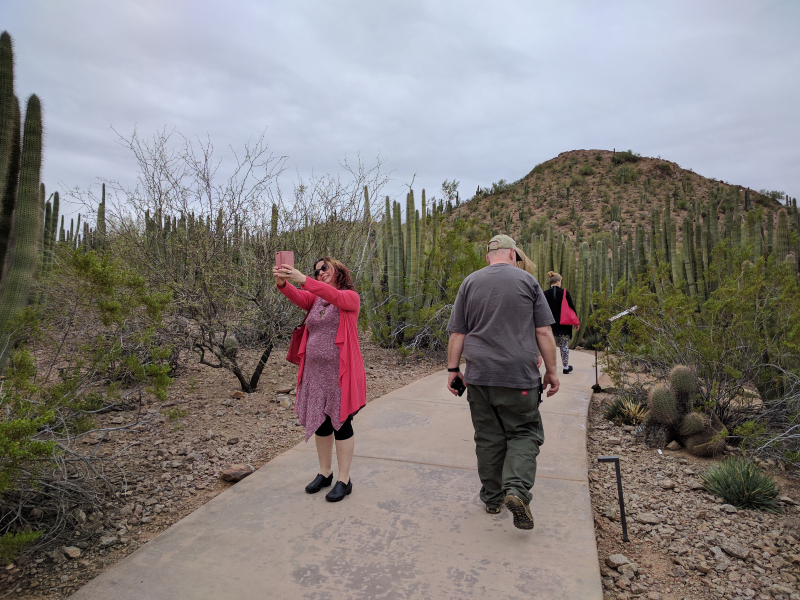 Luckily, even though one of us is allergic to all things including sun and pollinating animals, no one disagreed with my enthusiasm to examine the desert flora up close and personal.  Here is a shot of Jeremy dealing with the elements. 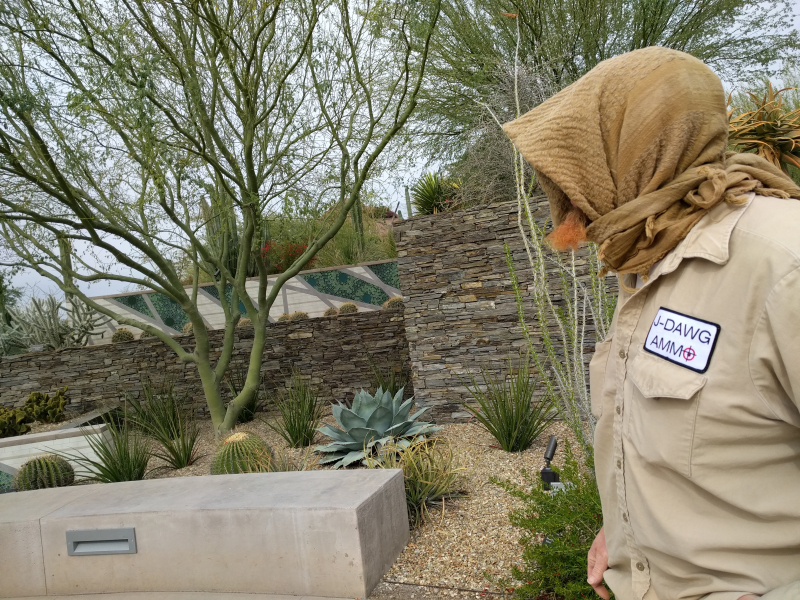 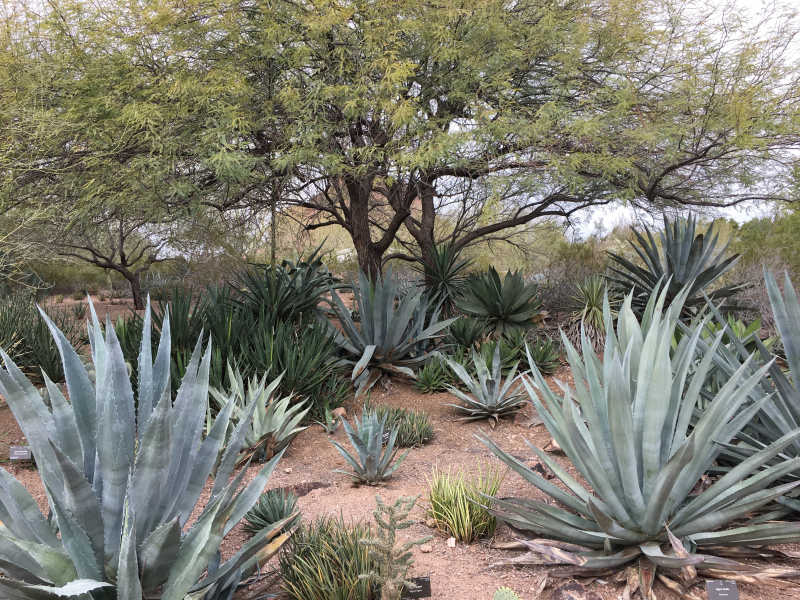 The Desert Botanical Garden was started in 1938 and its first director was a 22 year old botanist from California.  According to the book in our timeshare he received a salary of 100 dollars a month and his job was primarily to collect specimens. 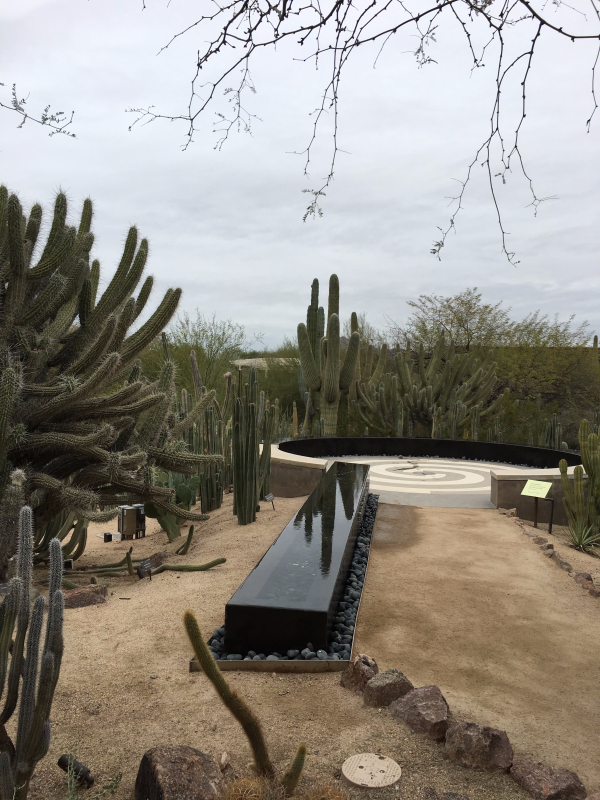 A small group of desert plant preservationists in 1934 had a vision and a dream that the flora of the Sonoran desert needed to be preserved in a way that people could learn and grow to appreciate it.  The Forest and Fishery services granted them an indefinite permit to put their garden where it is today – right next to the Phoenix airport. 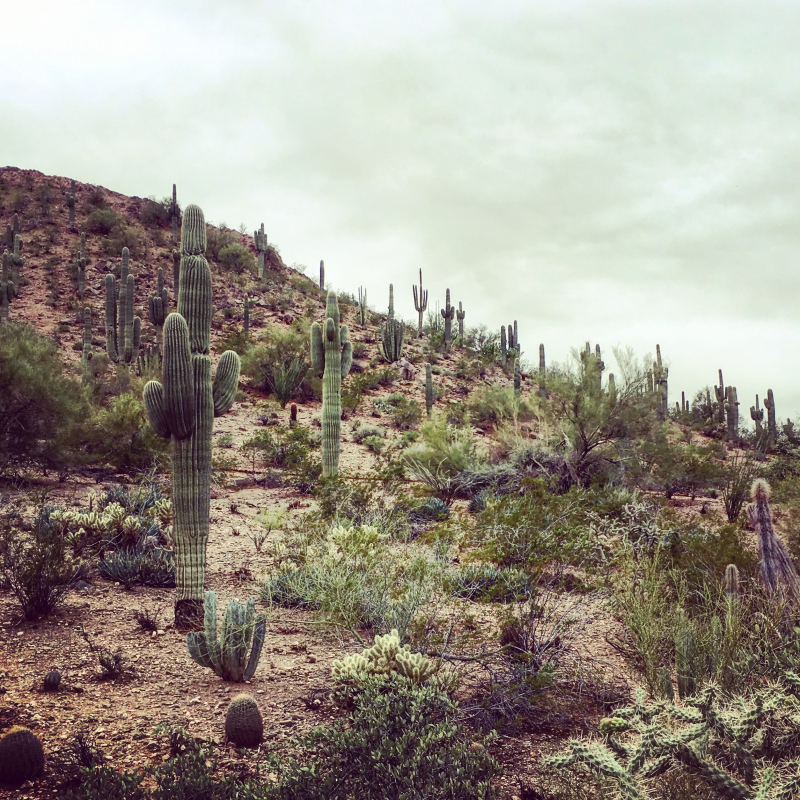 They truly were visionaries as there are now over 60 acres of beautiful desert garden preserved in the center of gigantic urban sprawl. And it is popular – on a Monday in February the large parking lot was full and we got there before noon. Granted its baseball spring training season so there are more vacationing humans in the area than usual, but there are also just a lot of people here period. And apparently they too want to frolic among the cacti. 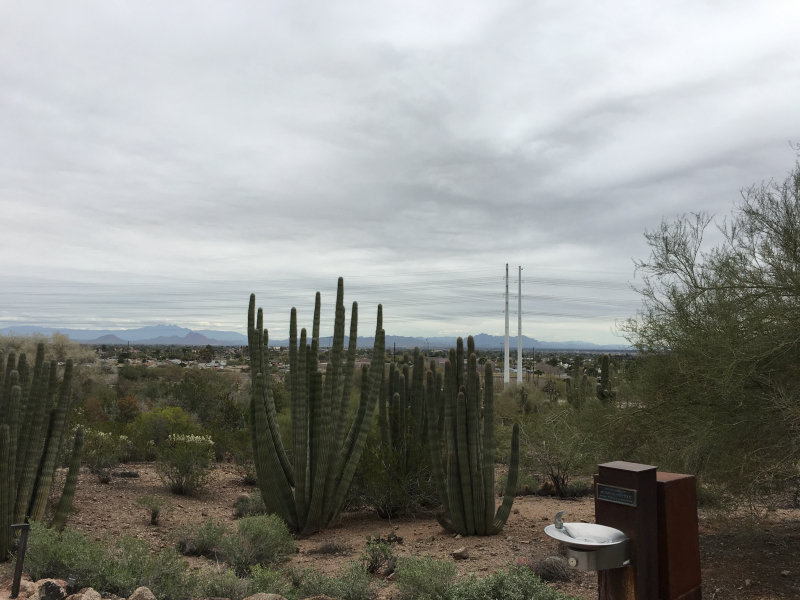 The garden is made up of five different trails, each with a slightly different focus, but all featuring cacti except the edible garden. 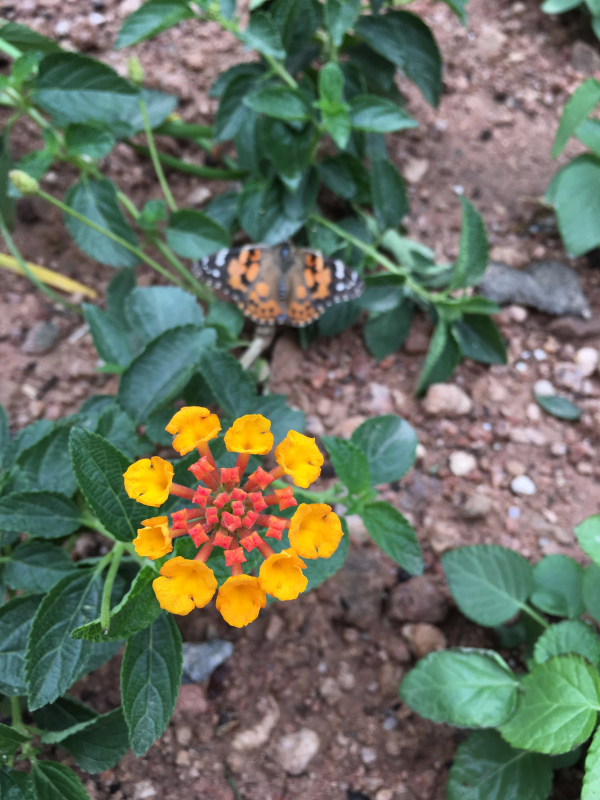 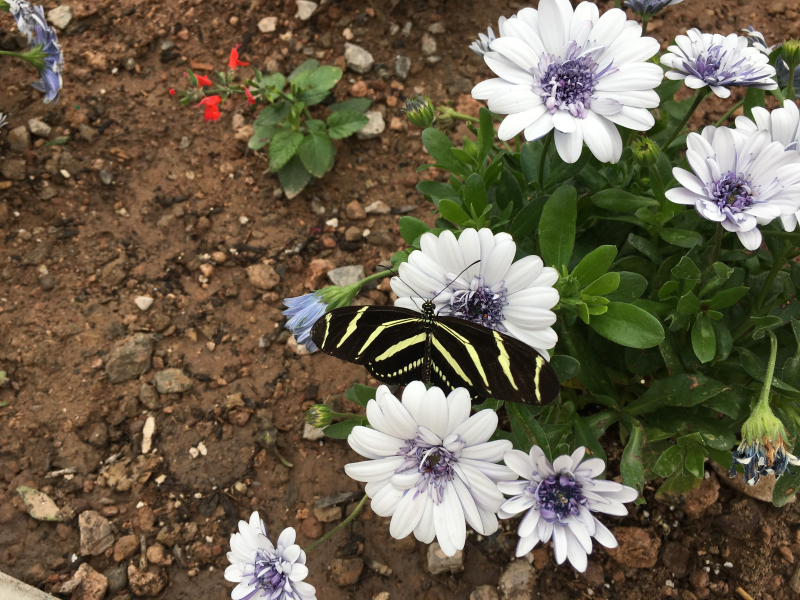 We walked all but one – we skipped the Plants & People trail as by then we had seen hundreds of cactuses and really were on our way to figuring out how to get to lunch and an adult beverage. 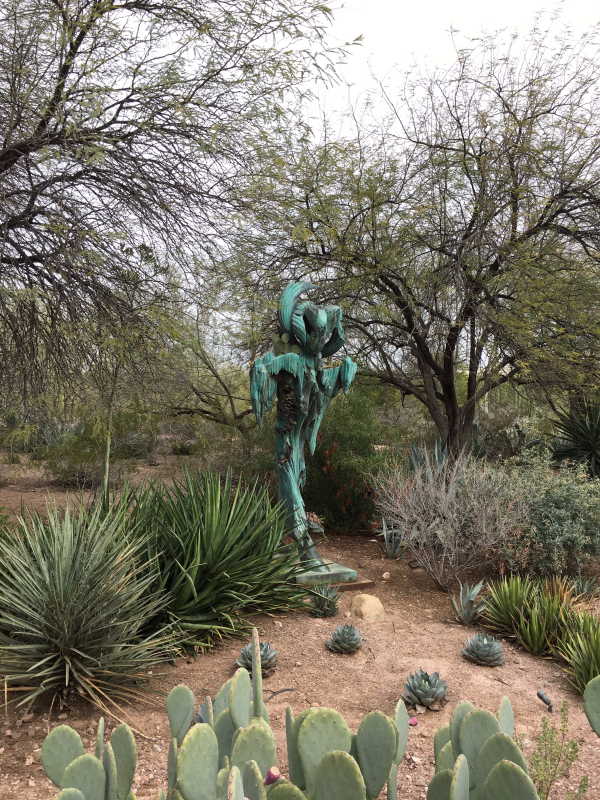 It was actually kind of hard to get out, we got looped into a special exhibit of succulents and endangered cacti, then blocked by a group of veterans in motor wheel chairs, one of whom served in WWII. He didn't look a day over 90. 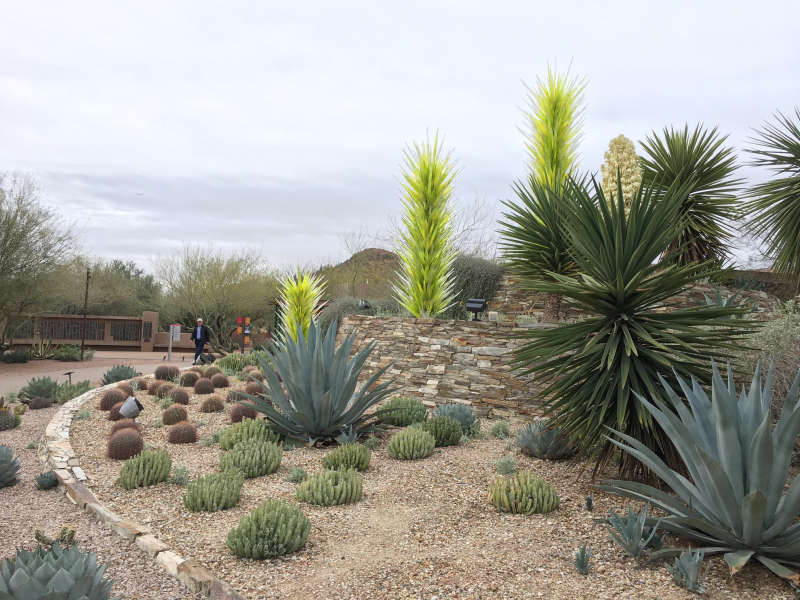 The garden was officially getting crowded as the day progressed. We finally found the door – definitely time for lunch. 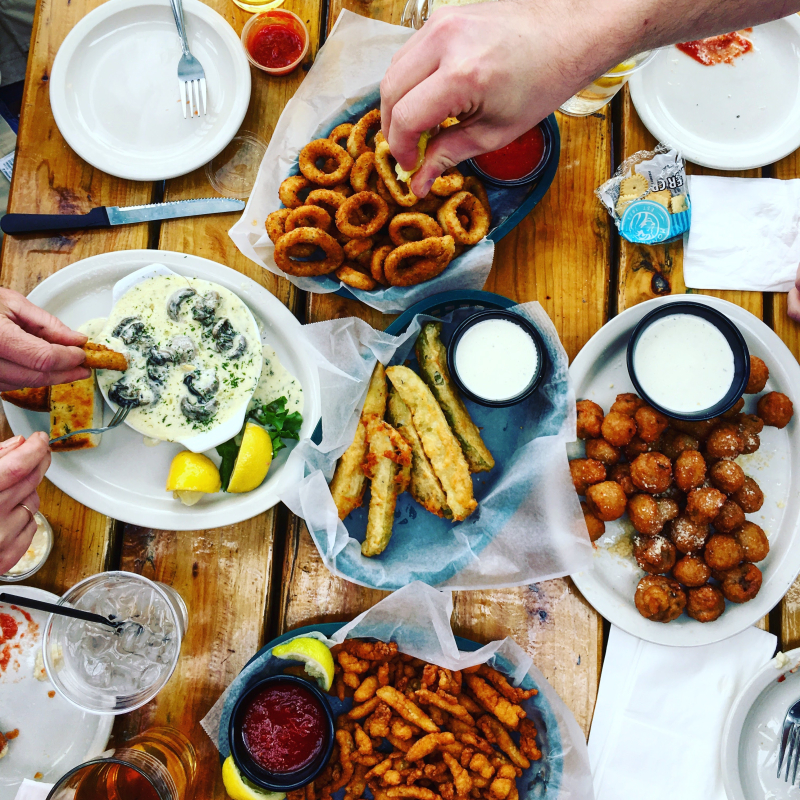 And lunch we had with all of the inland seafood flown in from who knows where – luckily it was all fried along side our mushrooms and dill pickle spears. 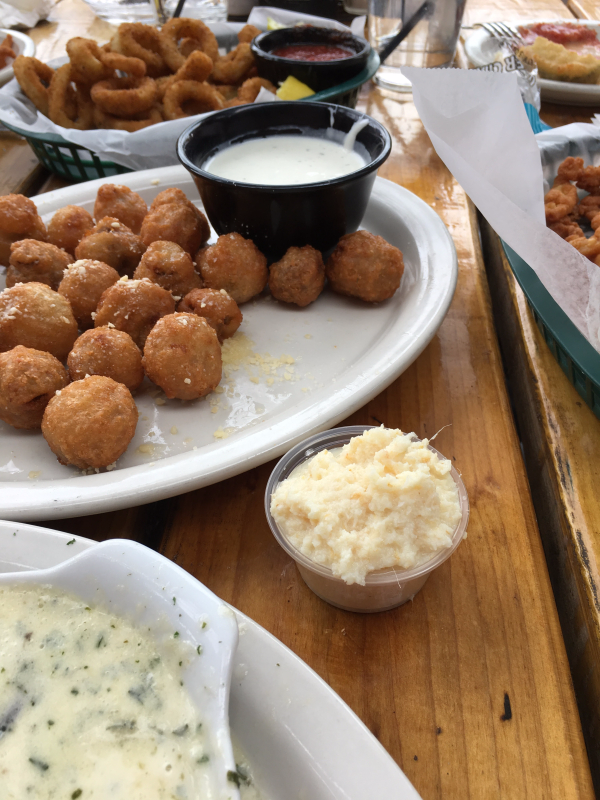 This horseradish was really the star of the show. Made in-house at Casey Moore's Oyster House it packed a serious fresh ground horseradish punch – the kind that sears your nose and wakes you up with adrenaline. So good – it went well on everything, including the fried dill pickles. 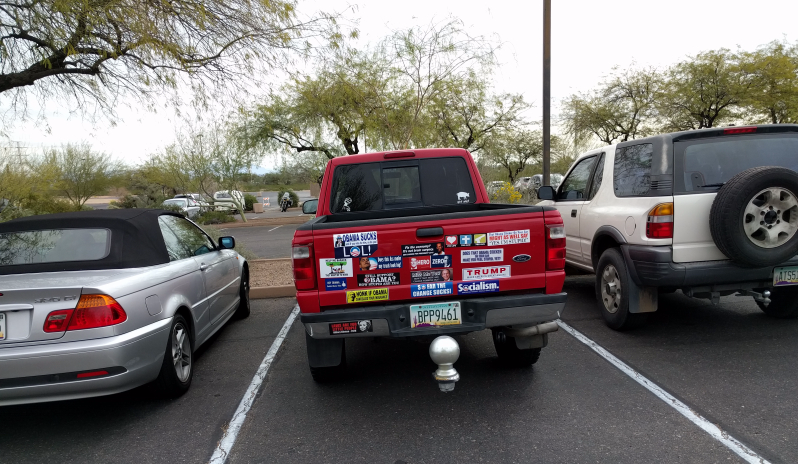 While at lunch, sitting outdoors at the oyster house reflecting on how amazing it was to be sitting outside in February, it started to sprinkle large drops of water from the sky.  It was very intermittent at first so no one said anything thinking perhaps the water was coming from a different source than the sky.  However, soon it was apparent that it in fact was raining on us. Sad. We gathered ourselves up and made our way back to the big box store of beer and wine to buy more provisions for the evening and then back to the pool. 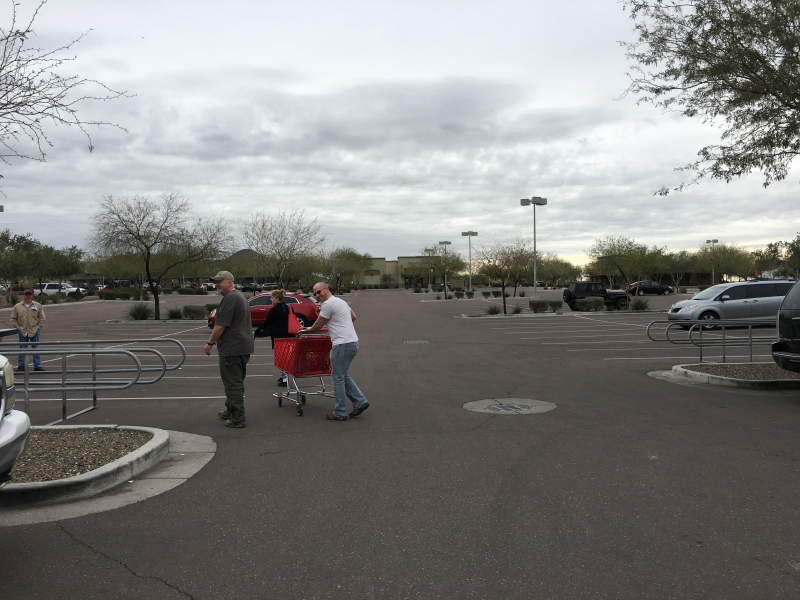