The man serving our breakfast in the Cafe at Sugar Ridge Resort and Spa started the day by saying "Remember ladies, you are on island time." We smiled and laughed but then noted – where did we have to go but the beach? Or perhaps the pool? Maybe both? But no hurry, they will be there and the weather would stay a solid 80+ degrees for both of them rain, shine, light or dark. 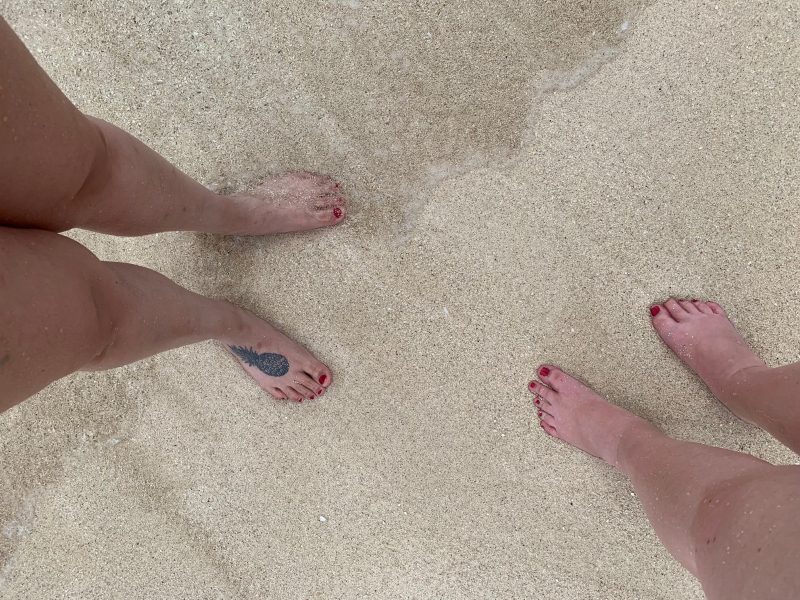 Our adventure in Antigua is partially sponsored by Aveda's Pure Privilege points program. Since I've been purchasing Aveda products, going on around 12 years at least, I've been saving the points from the Pure Privilege Program for the tropical Spa vacation.  Once upon a time 50 thousand points got you a week in Jamaica, but somewhere along the way it changed to 3 days in Antigua, right around when I had 5o thousand points. So I decided to save for a few more years so I could do 6 days in Antigua and make the long and likely expensive airplane ride worth it.  If you read my last blog post you know that the airplane ride is long, at least if you start in the Upper Peninsula, but honestly, it would have been long traveling from Seattle. 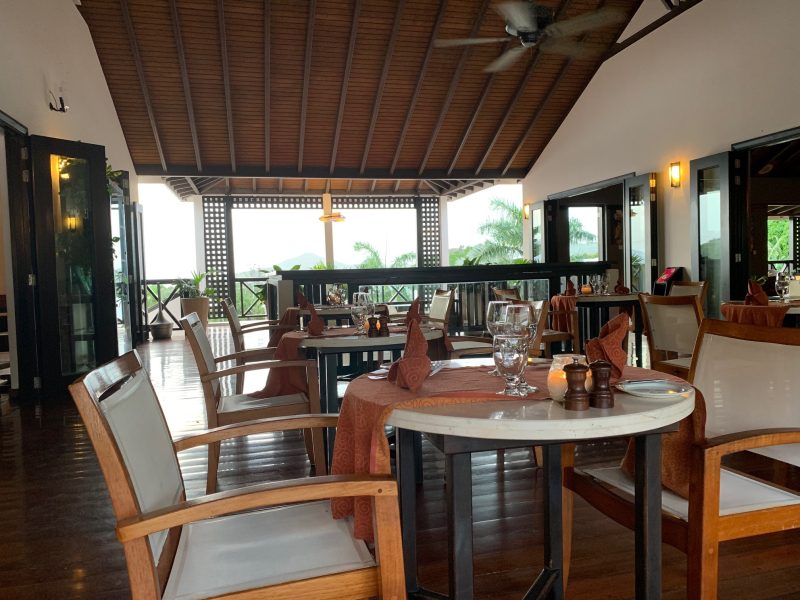 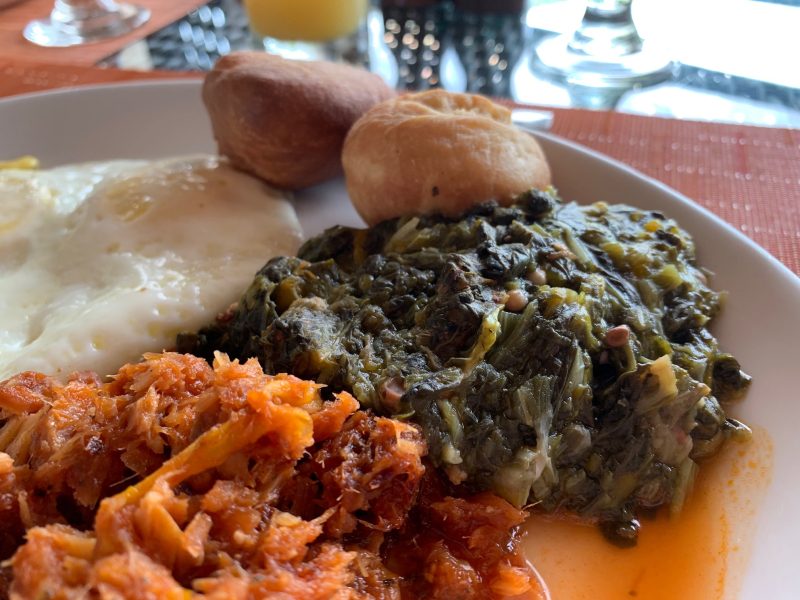 The Aveda package includes a room for me and a guest (Natasha) and breakfast. At breakfast the first morning here we were handed a menu that had prices on it.  We asked timidly, "What is included in Breakfast Included package?" And we were told everything we want plus the continental buffet. So we ordered big – I started with the Antiguan plate including salt fish, okra, johnny cakes and eggs. 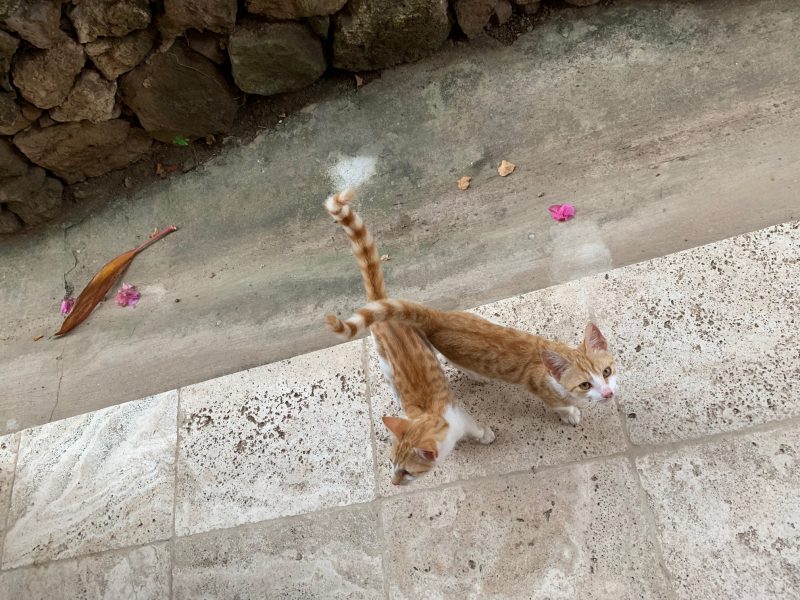 Then we met some of the cats of the estate and readied ourselves to take the shuttle to the beach. 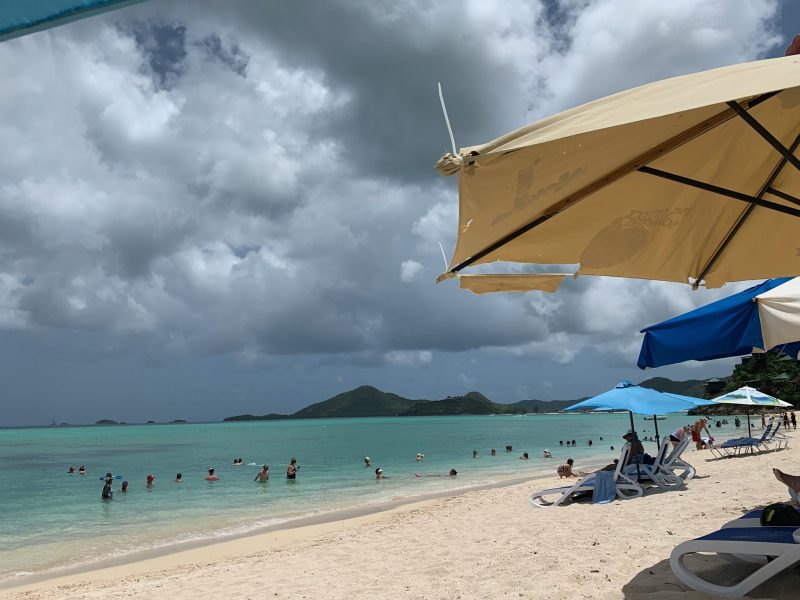 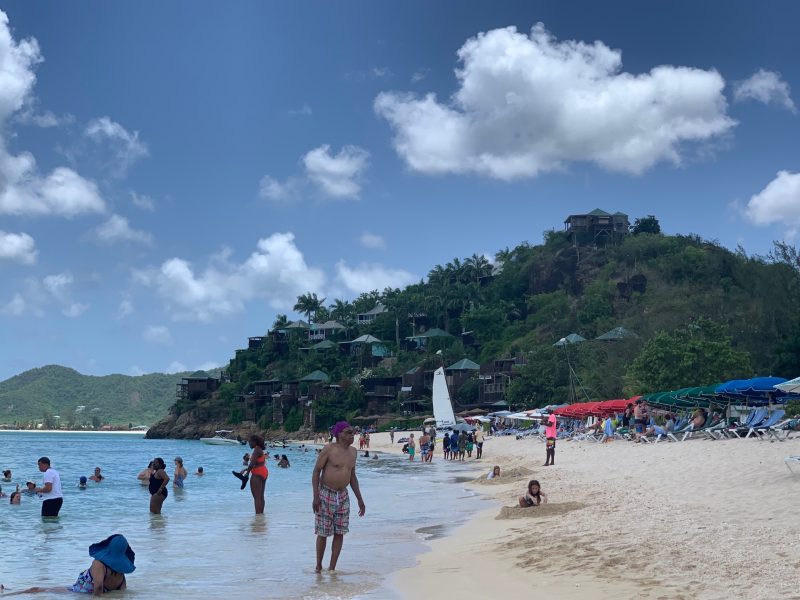 The shuttle took us on a less than five minute drive down to a place called Valley Church Beach. We were dropped off and led to The Nest Bar and Grill to sign in for our tab, chairs, and umbrella. We were also orientated to the Sunday night fun time up in Shirley Heights by the enterprising proprietor consisting of a reggae band, bar and bbq. But for today we had coconuts, fruity tropical beverages and fresh sea food at our disposal. And a lot of people.  I was surprised it was so busy for the off-season, turns out there was a Royal Caribbean Cruise ship at port and it brought all of its people to this beach. But we had chairs and an umbrella, water and resort issued beach towels that told every sales person on the beach that we are from Sugar Ridge. 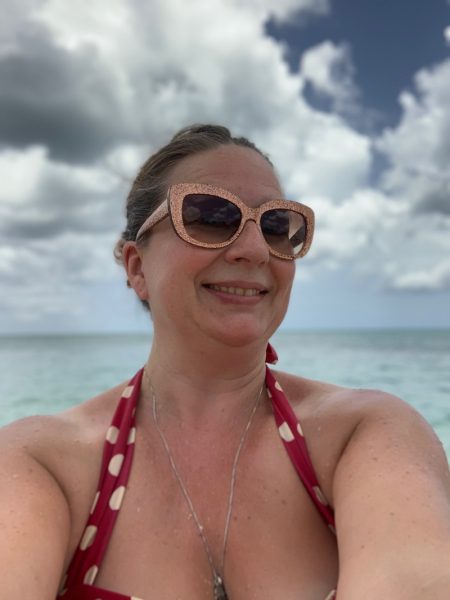 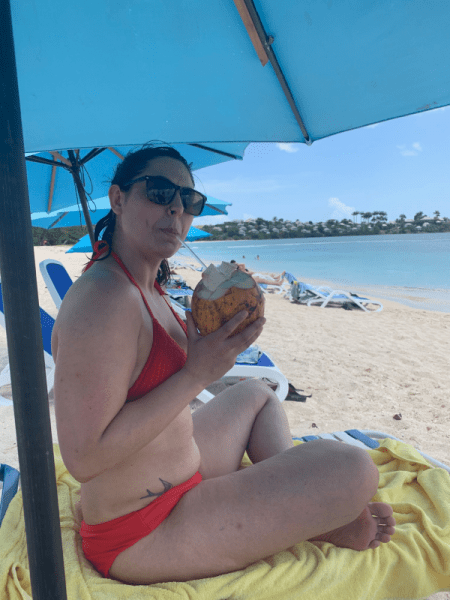 We played in the water, picked seashells, took the required feet in the sand photo, beach selfies and drank our coconut water straight out of the nut.

The sand on this beach was course and made completely of ground seashells, which was pretty neat – it didn't stick to your feet.

Meanwhile, the people just kept arriving. Eventually, a family from Missouri sat next to us and chatted about their adventure on the Royal Caribbean Cruise and the story of a tragic loss of a toddler by some truly horrible person who hung their baby out the window of the cruise ship to take a picture then dropped them the five or so stories to the deck causing their death. Yikes. Her husband looked like he had first degree burns on his shoulders from the sunburn. When I expressed concern she said "yeah he's a real idiot." 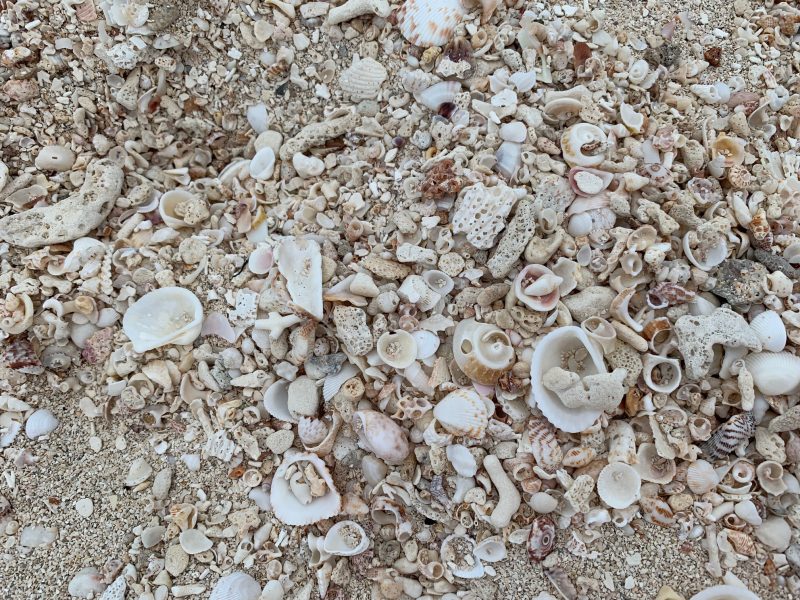 The surrounding area was beautiful, but I couldn't get a good photo with all of the people so I decided to hike down the beach past all the humans to take an uninterrupted shot of the fun cabins perched on the hillside with the beach. Just then a guy decided he had to snorkel, right there, directly in the middle of my shot.  Well, more like the lower left hand corner. 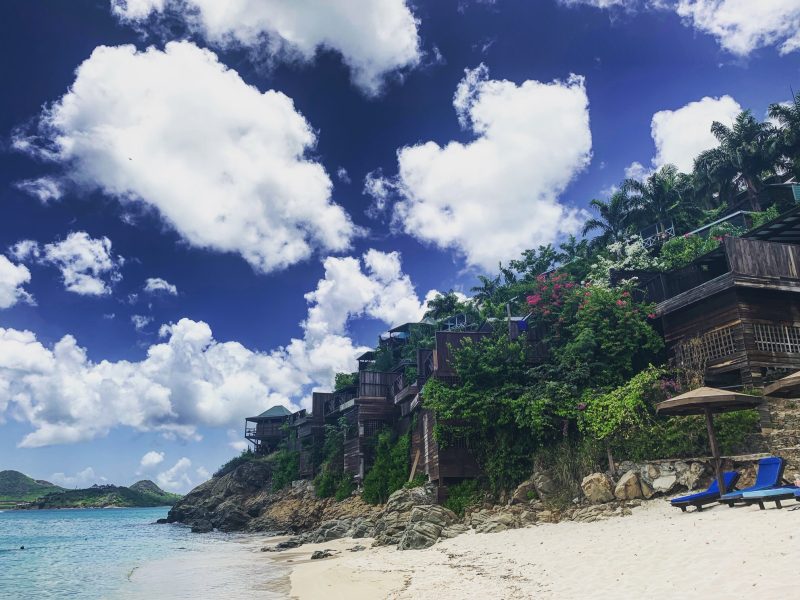 We eventually got bored, well, no, I eventually got overwhelmed by the level of humanity around us – so we decided to walk back to to the resort instead of waiting for the shuttle another two hours. It was an interesting walk, as there are no sidewalks and a number of businesses closed for the off-season. 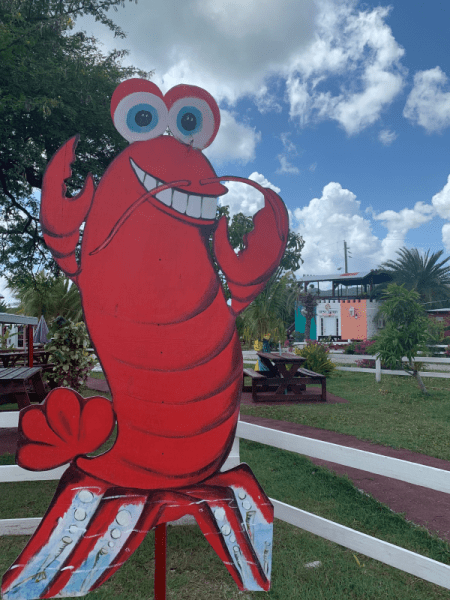 Walking along the road here is an experience, as there is no real roadside and the one lane road really isn't large enough for two cars to go by with a lot of space between them. On top of that, cars are driving on the opposite side than you are used to (if you are from the states) so you have to pay attention and keep that in mind at all times. Then you are constantly getting honked at, because you are white ladies walking along the road that the taxi cabs think should be in their vehicles – or we are just so hot that no one can control themselves and they must honk simply to acknowledge our beauty. Either way honking is happening.

We made it back to the hotel easily on our own two feet, it was less than a mile, and took about 20 minutes, only because we stopped for pictures of things. 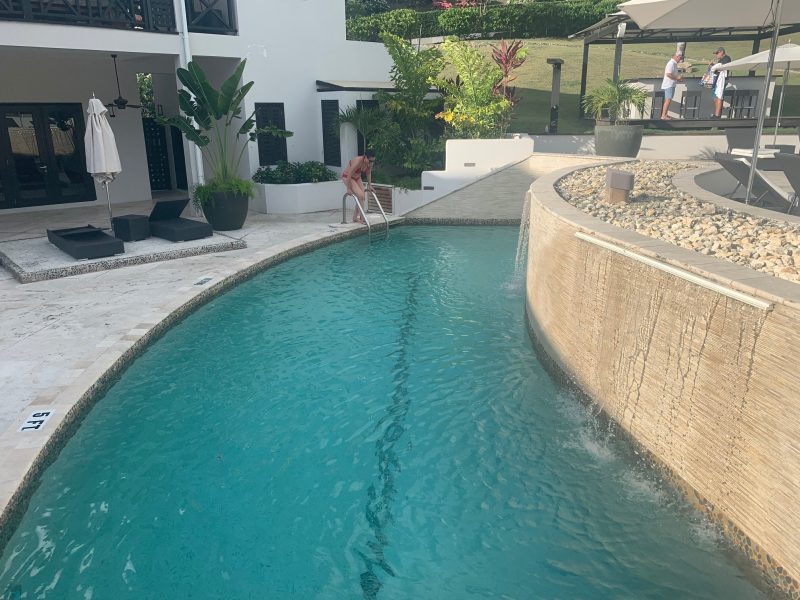 Back at the hotel, we decided to take advantage of the amenities available and try on all of the pools, as well as the poolside refreshment station where we met a couple of pilots from a boutique airline that will remain nameless to protect the innocent. Said pilots were a complete hoot and very willing to engage in conversation with complete strangers. We covered the topics of philosophy, college, politics, flying, taxes, what to do when you grow up, where to eat for dinner and what are the best islands in the Caribbean.

For dinner, a restaurant called Miracles was recommended all around by everyone. Including these two interesting pilots. After hanging out at the pool, in the pool, and around the pool with them for some time we said our goodbyes and "See you at Miracles!" because we are hungry and made our way out of our swimsuits and into our dinner dresses and shoes. 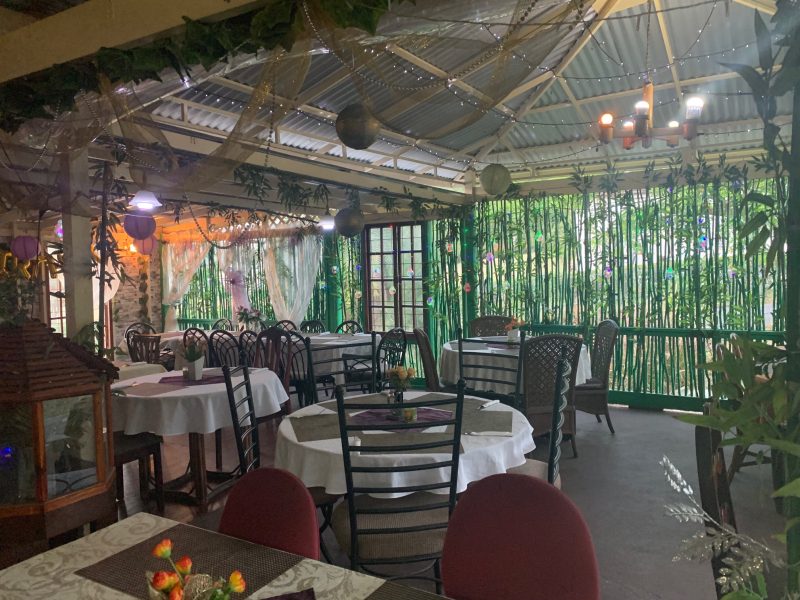 Miracles is a well-loved spot by locals and visitors alike because they make quality food. We got the special, which is lobster, because lobster is in season right now. Caribbean lobster has not claws so when it is served whole, come to find out, it is just served in the shell. 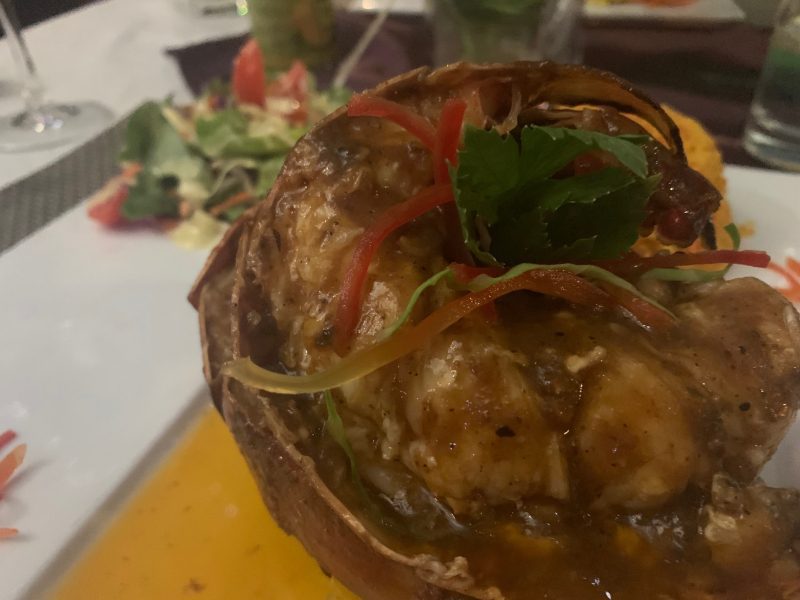 The cooking preparation we chose was jerk seasoning – so here it is in all of its messy glory. And man did I make a mess, all over the table and off the beautiful plate it was presented to me in. But it was so good, and so hard to get out of its shell – unlike any Maine lobster I had ever tackled. We saw no sign of our new friends, the pilots, until we walked back to Sugar Ridge and entered the music lounge because we heard the live piano music. There they were, holding court and making new friends (its like they do this all the time), and had yet to go to dinner. 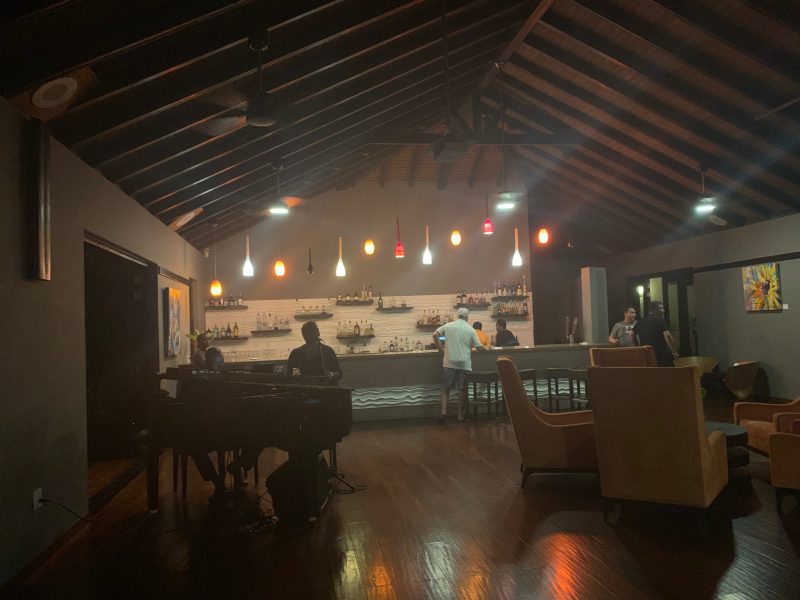 We told the group about our lobster experience and it was decided that we all needed to go back to Miracles. Them for dinner, and the rest of us for dessert – so we found ourselves returning to the restaurant we just left because our new friends were so entertaining and just around for one night, and so hard to refuse. I also wanted to try Miracles Key Lime pie. 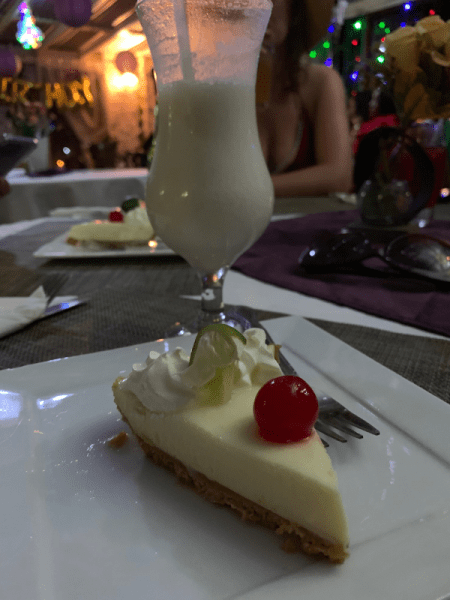 The pie was good as was the dessert version of the pina colada I got with it. Rich coconut cream and fresh pineapple juice. Yum. It was enough to finish me off for the night. We kept trying to leave our new friends, but got choruses of "Stay! just a few more minutes." So we did, even though the prospect of our nature walk/hike we signed up for loomed the next morning. But it was island time after all where did we really have to go?